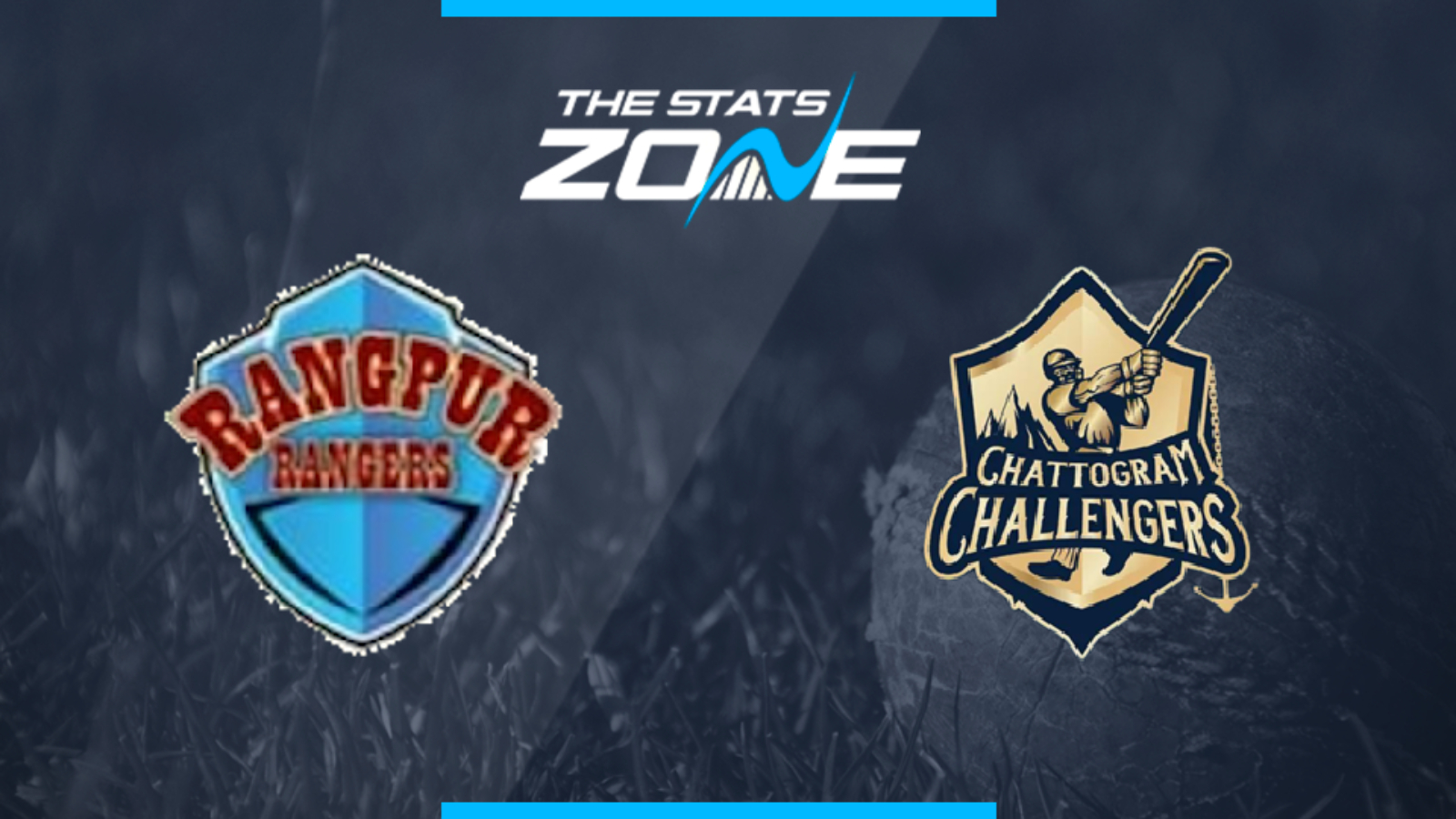 What is the expected weather for Rangpur Rangers vs Chattogram Challengers? 27c with sunshine forecast all day

Where can I get tickets for Rangpur Rangers vs Chattogram Challengers? Tickets for this match can be purchased directly from the stadium

What was the outcome in the last meeting? Rangpur Rangers beat Chattogram Challengers by 72 runs

Neither of these teams have been particularly impressive in the BPL so far but the Rangpur Rangers were particularly poor in their opening match. They will be under some pressure to succeed but their batting ranks as arguably the worst in the tournament right now. Their bowling attack is strong but they will really need to be at their best to give them a chance. The Challengers have hardly been brilliant, but they are a better balanced team all-round compared to the Rangers which may just give them the edge here.