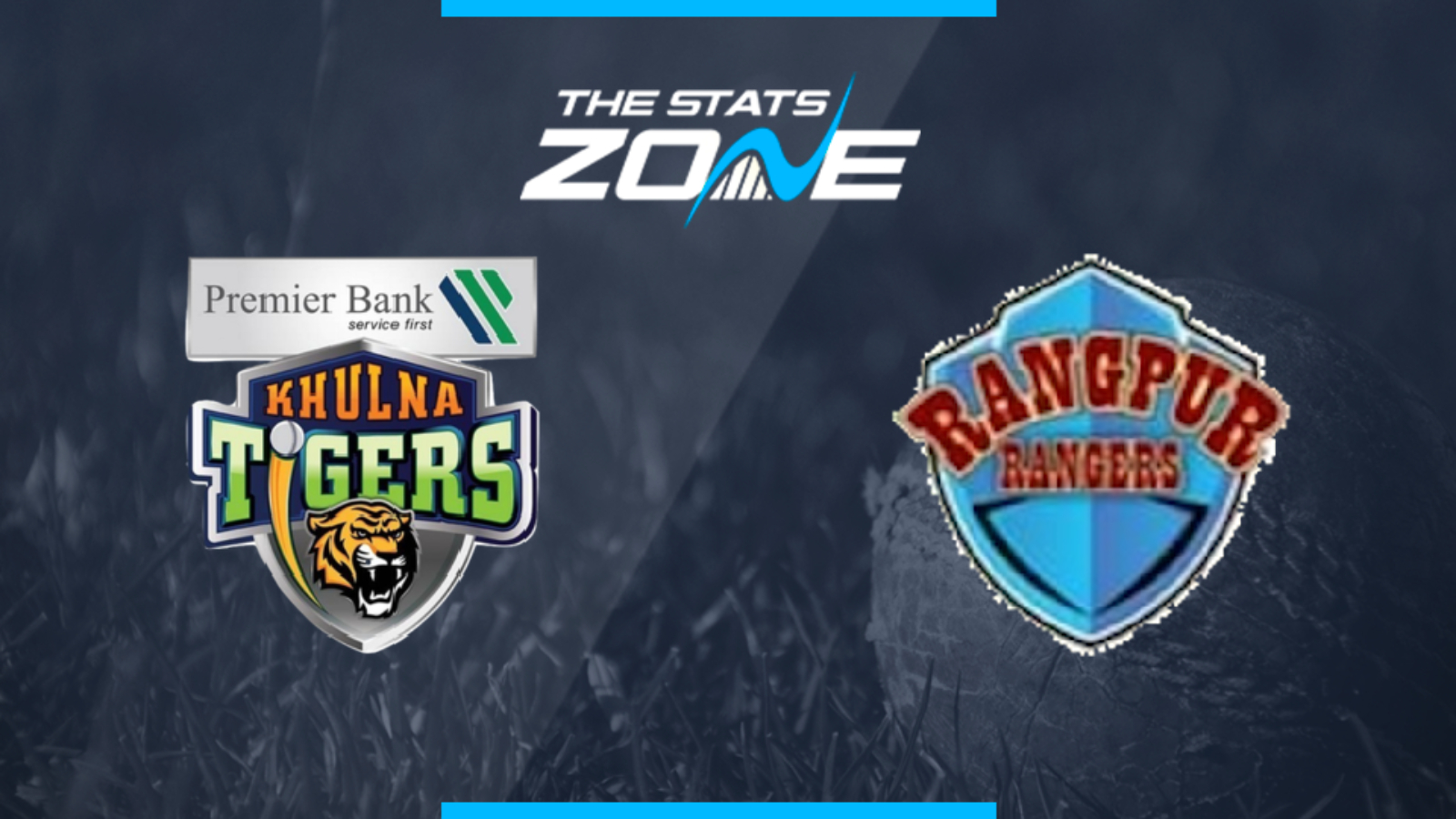 What is the expected weather for Khulna Tigers vs Rangpur Rangers? 18c with a chance of showers in the morning but unlikely to affect play

Where can I get tickets for Khulna Tigers vs Rangpur Rangers? Tickets for this match can be purchased directly from the stadium

What was the outcome in the last meeting? Khulna Tigers beat Rangpur Rangers by 8 wickets

Khulna Tigers looked so strong in their opening couple of matches but their form has dipped badly in the last two games. They are now under some pressure to get a win as the tournament reverts back to Dhaka which is where they played some of their best cricket. Rangpur Rangers finally got a win at the fifth time of asking last time out but that was as much down to the Challengers easing off the gas as anything else. The Tigers will be motivated here and should ultimately have too much for them but the over-reliance on Rilee Rossouw remains a major concern.