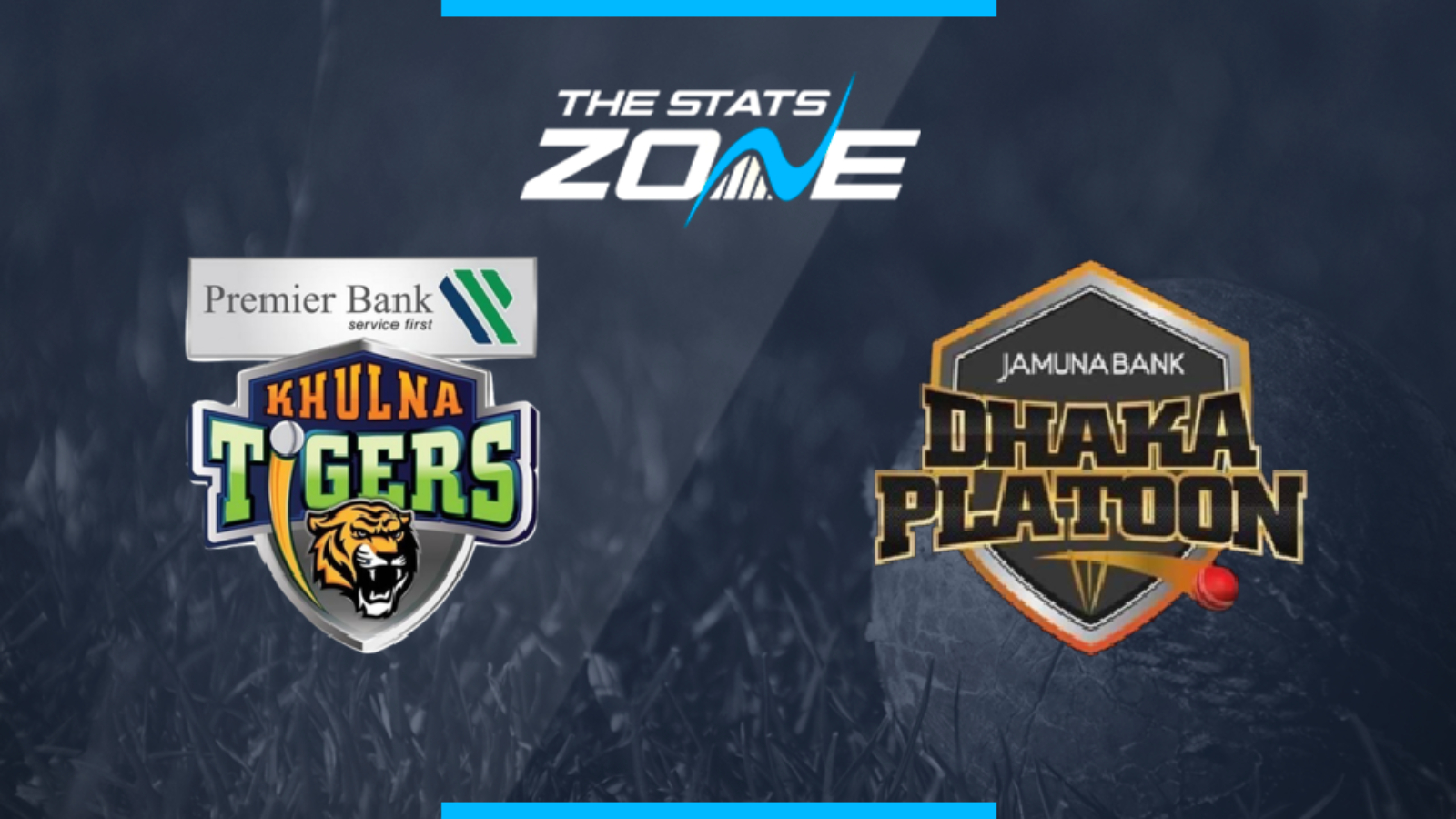 What is the expected weather for Khulna Tigers vs Dhaka Platoon? 20c in clear skies but very humid conditions

Where can I get tickets for Khulna Tigers vs Dhaka Platoon? Tickets for this match can be purchased directly from the stadium

What was the outcome in the last meeting? Dhaka Platoon beat Khulna Tigers by 12 runs

Khulna Tigers are shaping as a real threat in the race for the BPL title after they earned another superb win last time out which sealed their place in the final four. They produced their best batting display of the tournament and will look to build on that in their final game of the group stage as they attempt to earn a spot in the top two. Dhaka Platoon stand in their way in this clash and they too will have their sights set on a place in the top two but it’s the Tigers who can carry their form on and win this game.