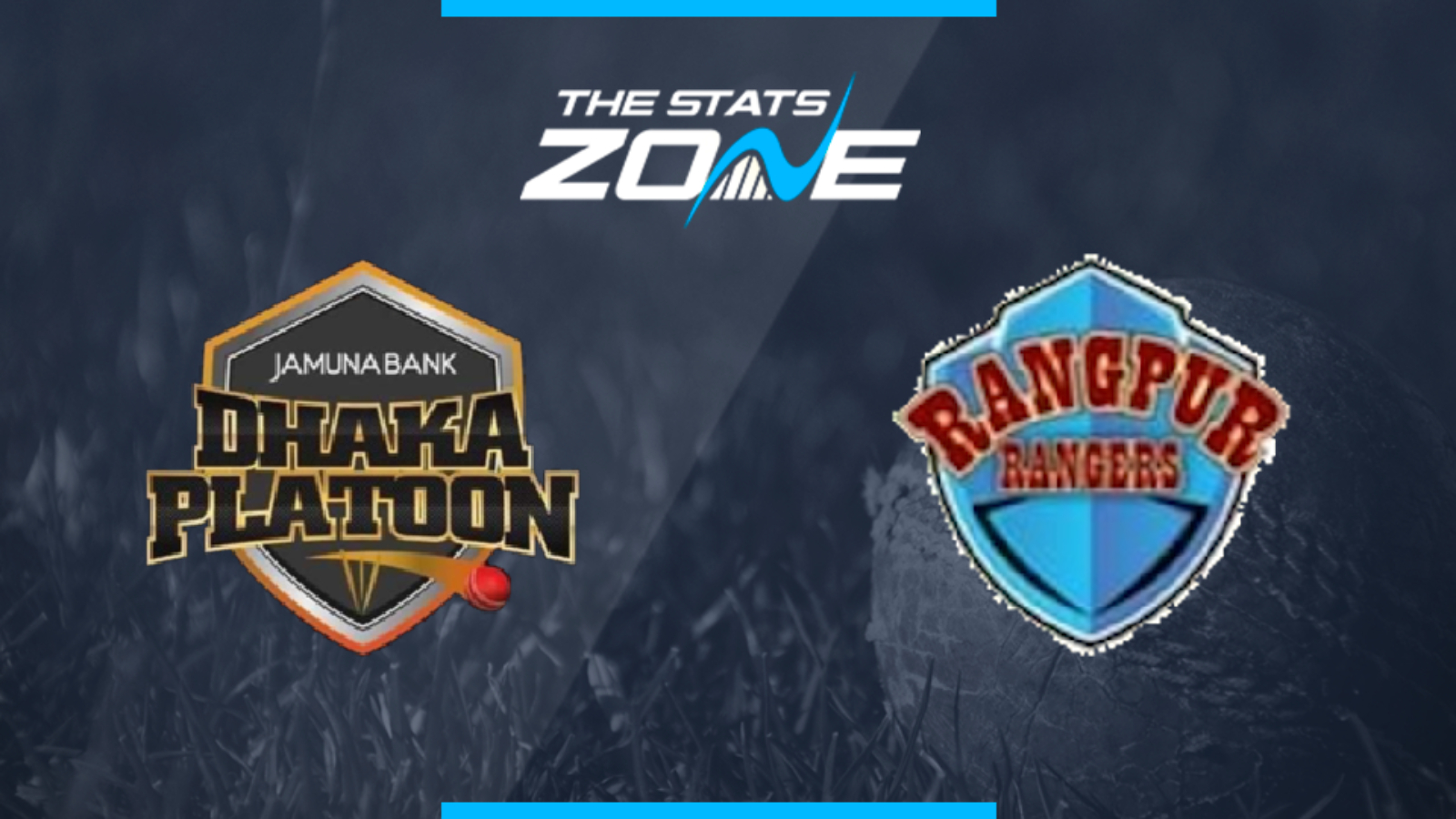 What is the expected weather for Dhaka Platoon vs Rangpur Rangers? 20c in partly cloudy skies and very humid conditions

Where can I get tickets for Dhaka Platoon vs Rangpur Rangers? Tickets for this match can be purchased directly from the stadium

What was the outcome in the last meeting? Dhaka Platoon beat Rangpur Rangers by 5 wickets

Rangpur Rangers have a very slim chance of making the top four but it is very unlikely even if they win their last two matches of the tournament. They face Dhaka Platoon who also need a win to further enhance their own chances of qualifying for the final four in what should be a closely-contested match. Dhaka have won their last two and they should be able to make it three in a row to end Rangpur’s chances of making the play-offs.