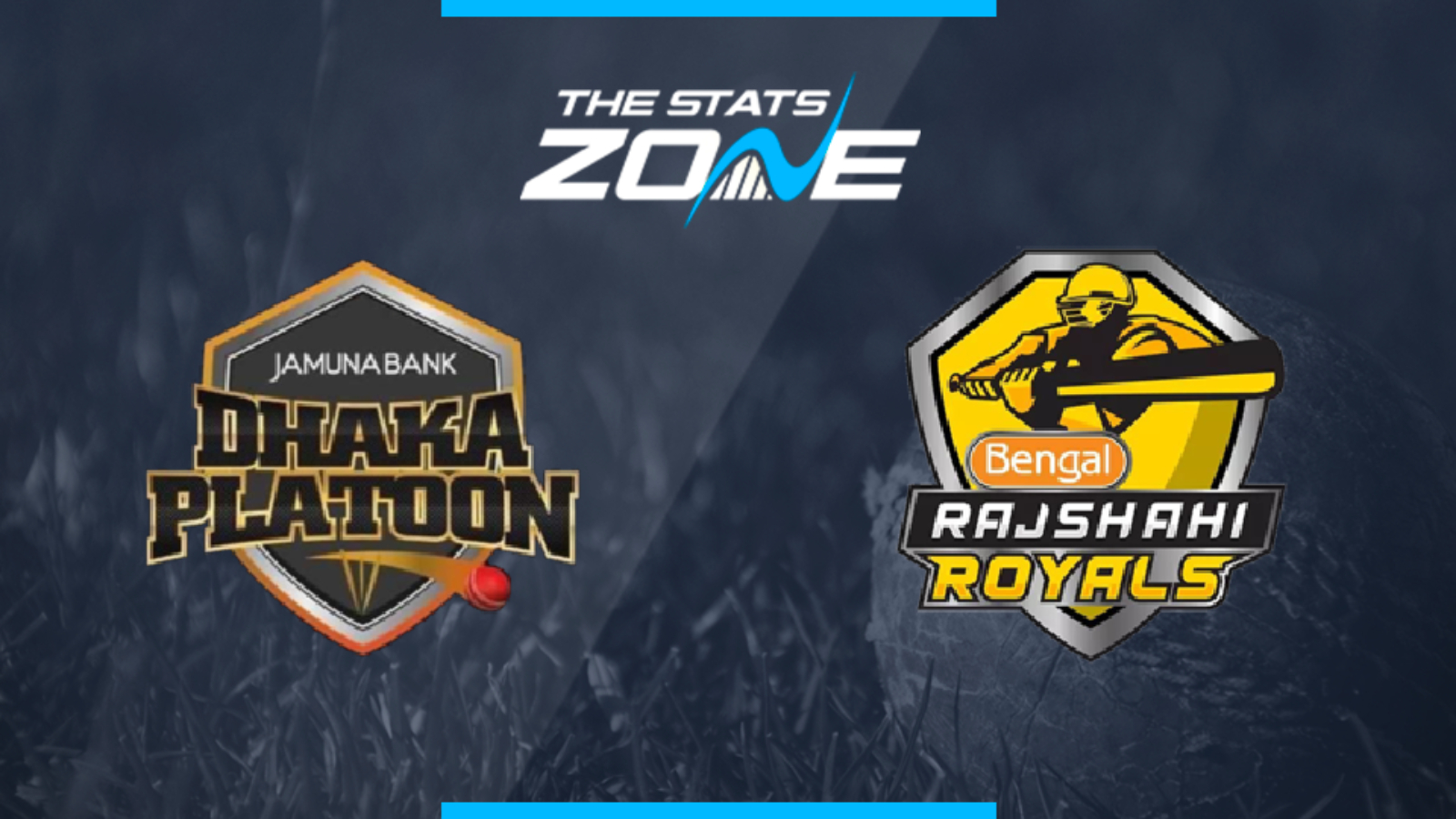 What is the expected weather for Dhaka Platoon vs Rajshahi Royals? 28c and sunshine forecast all day

Where can I get tickets for Dhaka Platoon vs Rajshahi Royals? Tickets for this match can be purchased directly from the stadium

What was the outcome in the last meeting? Rajshahi Royals beat Dhaka Platoon by 20 runs

Both Dhaka Platoons and Rajshahi Royals possess excellent quality and depth to their teams so they should be two teams pushing for honours in BPL7. Dhaka do not look quite as strong as last season but the same could be said for most teams with less stars coming to Bangladesh this time around. They do however boast an outstanding bowling attack that will be extremely difficult for many teams to deal with. The Royals have real depth due to their numerous quality all-rounders and that could just about give them the edge here. Expect some Dre Russ fireworks and an opening win for the Royals.