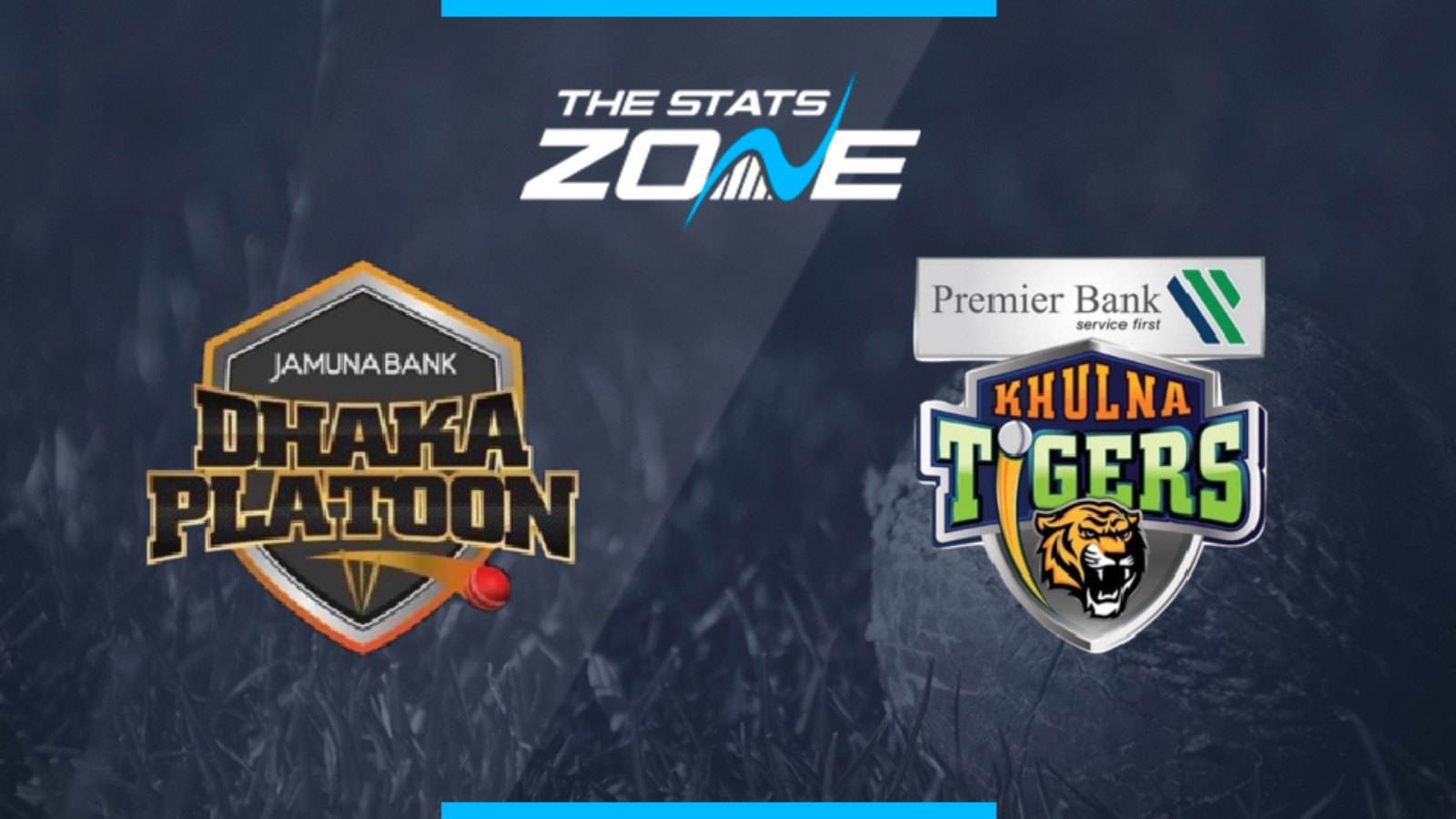 What is the expected weather for Dhaka Platoon vs Khulna Tigers? 19c but rain is expected throughout the day which could lead to a no result

Where can I get tickets for Dhaka Platoon vs Khulna Tigers? Tickets for this match can be purchased directly from the stadium

What was the outcome in the last meeting? Dhaka Platoon beat Khulna Titans by 6 wickets

This is a vital game in the race for the play-offs with two in-form teams coming head-to-head as Dhaka Platoon face Khulna Tigers. Both enjoyed big wins last time out and will be confident of coming out on top in a game that could prove to be crucial, particularly if either team want to meet their ambitions of finishing at the top of the standings. The Tigers have the ability to come out on top but if Wahab Riaz is in the kind of mood he was in last time out, the Platoon should be able to claim the important victory if the elements do not ruin what should be an interesting contest.