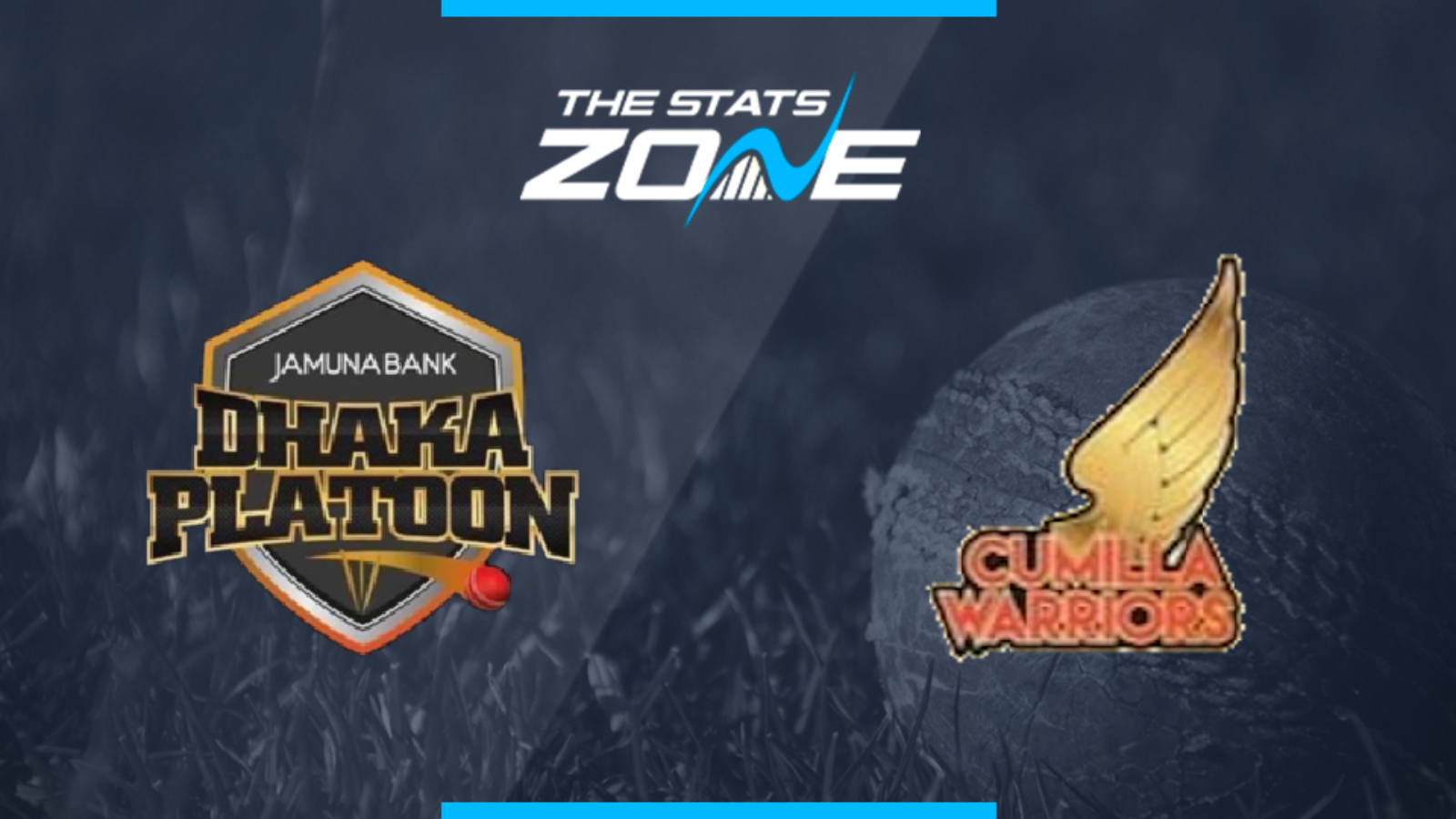 What is the expected weather for Dhaka Platoon vs Cumilla Warriors? 28c and sunshine forecast all day

Where can I get tickets for Dhaka Platoon vs Cumilla Warriors? Tickets for this match can be purchased directly from the stadium

What was the outcome in the last meeting? Cumilla Warriors beat Dhaka Platoons by 17 runs

Dhaka Platoon were as woeful in their opening match as Cumilla Warriors were outstanding so they know they have to raise their performance levels significantly here. Dhaka have been notoriously slow starters in previous editions but that should not be a factor with a different set of players at the club. The Warriors looked impressive in their first game and will take some beating based on that display. Dhaka will have to seriously improve to have any hope of beating them, and it is a difficult to make a case for them based on that opening performance.