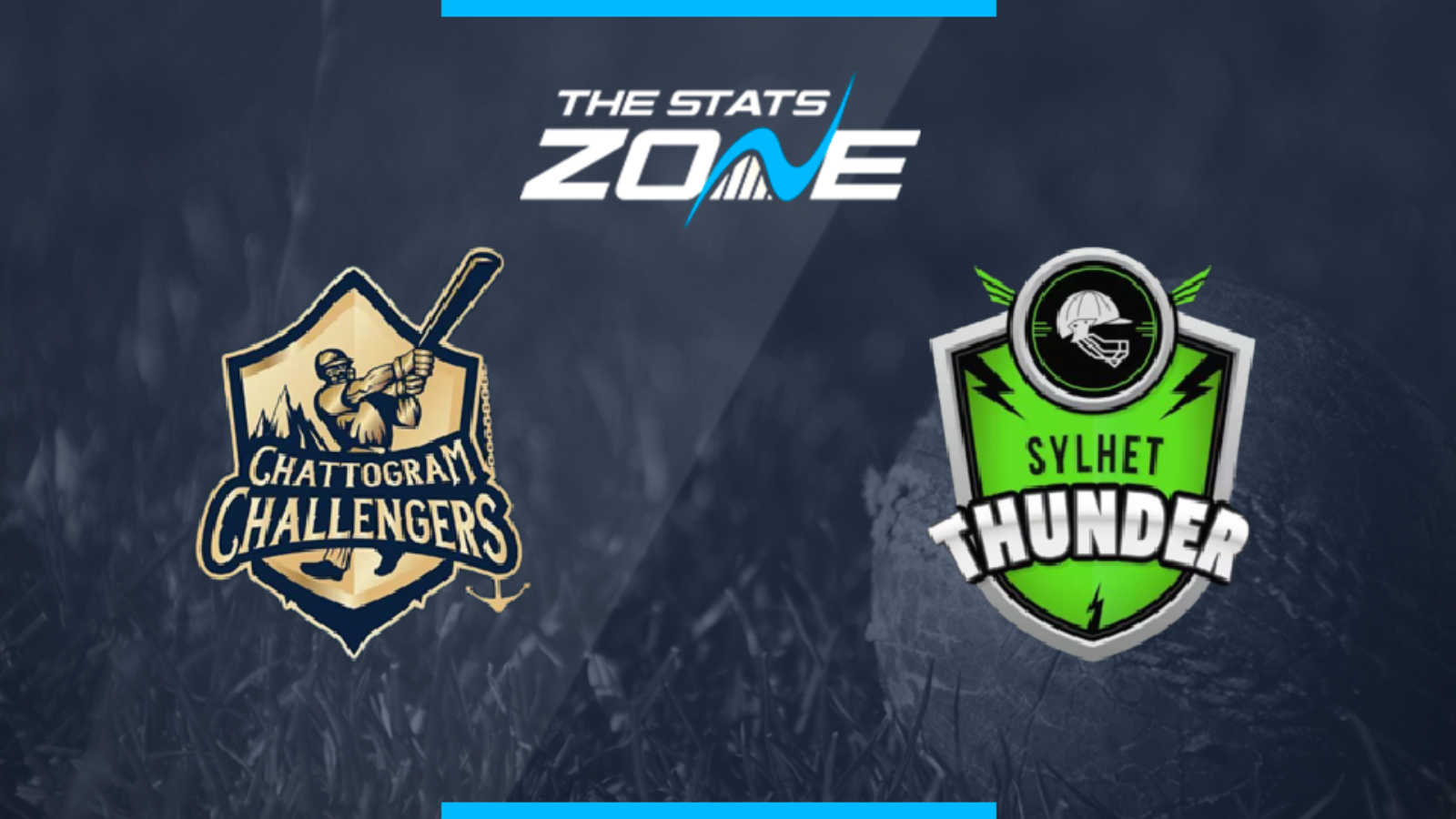 What is the expected weather for Chattogram Challengers vs Sylhet Thunder? 28c with sunshine forecast all day

Where can I get tickets for Chattogram Challengers vs Sylhet Thunder? Tickets for this match can be purchased directly from the stadium

What was the outcome in the last meeting? Chattogram Challengers beat Sylhet Thunder by 5 wickets

It is very difficult to make a case for Sylhet Thunder to win any match right now given how poor they have looked in the opening week of the Bangabandhu BPL. They will need a major improvement in all facets of the game to win this match but it is not beyond the realms of possibility if Fletcher and Charles can find some form. The Challengers look much stronger all-round, however, and they have to be favoured to pick up their third win in four games here.