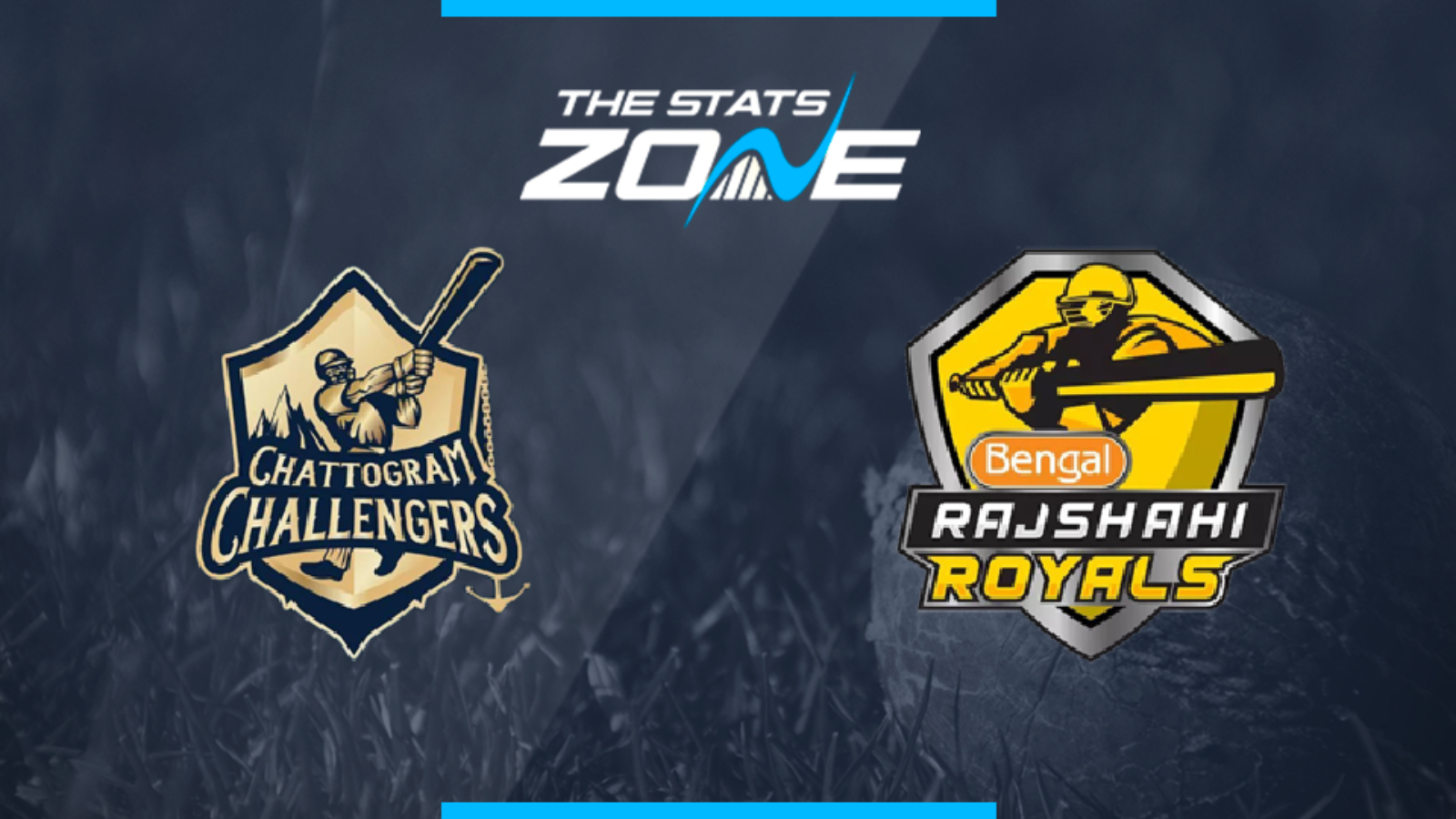 What is the expected weather for Chattogram Challengers vs Rajshahi Royals? 18c in clear skies

Where can I get tickets for Chattogram Challengers vs Rajshahi Royals? Tickets for this match can be purchased directly from the stadium

What was the outcome in the last meeting? Rajshahi Royals beat Chittagong Vikings by 7 runs

The two teams at the top of the BPL come into this game with plenty to play for as the winner will likely seal a vital top-two placing. Chattogram Challengers have been inconsistent of late and that could cause them issues if they are not at their best here with Rajshahi Royals looking the more dangerous of the two in recent games. The Royals will need to rely on their first-line bowlers to do the damage in this game and cannot rely on spreading it around as they did in their last contest but they should be able to come out on top.