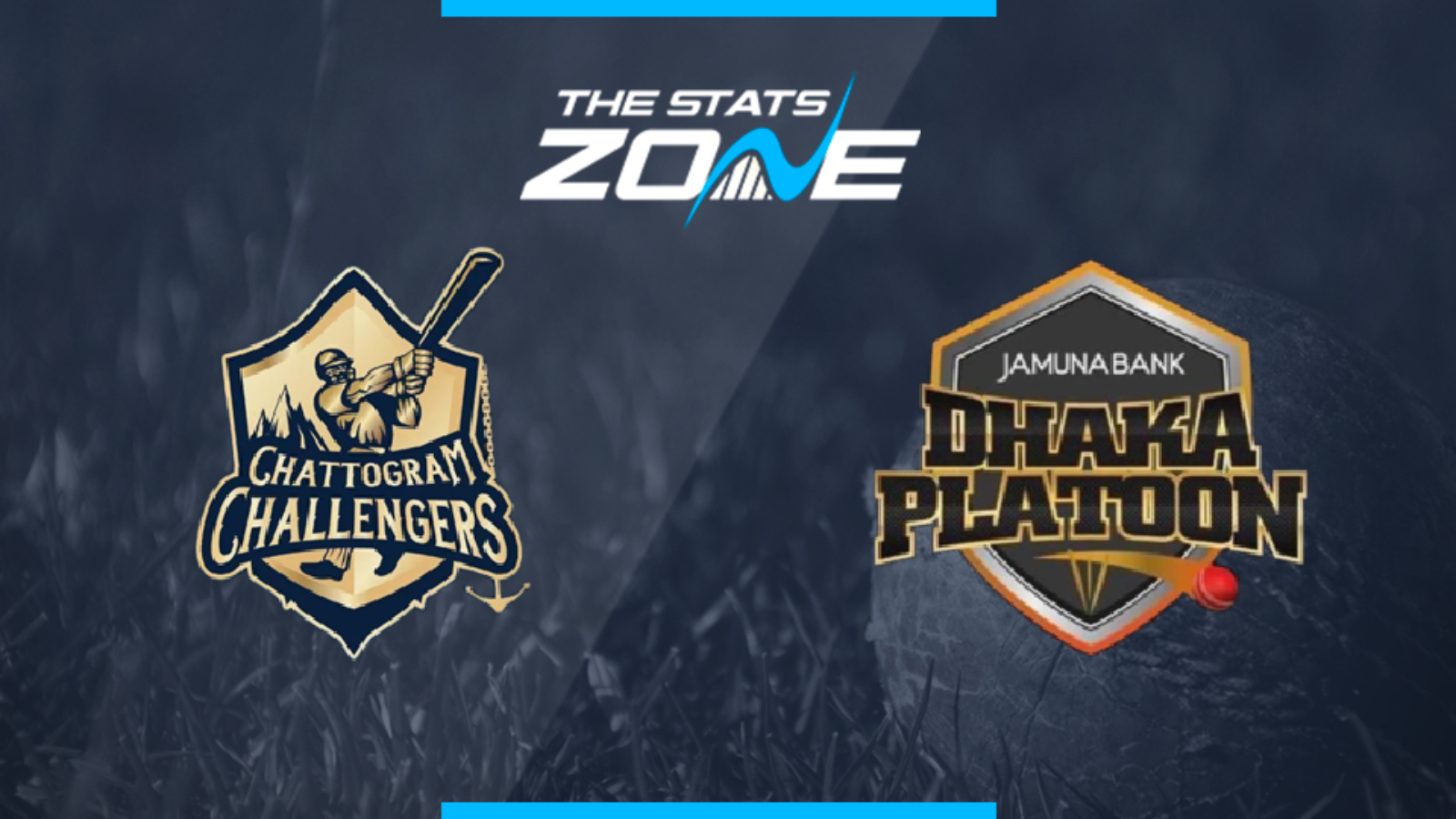 What is the expected weather for Chattogram Challengers vs Dhaka Platoon? 26c with sunshine forecast all day

Where can I get tickets for Chattogram Challengers vs Dhaka Platoon? Tickets for this match can be purchased directly from the stadium

What was the outcome in the last meeting? Dhaka Platoon beat Chittagong Challengers by 6 wickets

Chattogram Challengers picked up yet another win on Tuesday but they laboured to victory against a relatively poor Sylhet Thunder team. They face a major step up in quality of opponent here in Dhaka Platoon who have won their last two and look formidable with bat and ball. They have arguably the best balanced team in the tournament and whether this is a shootout or a low-scoring affair based on pitch conditions, they have to be favoured to get the win here.