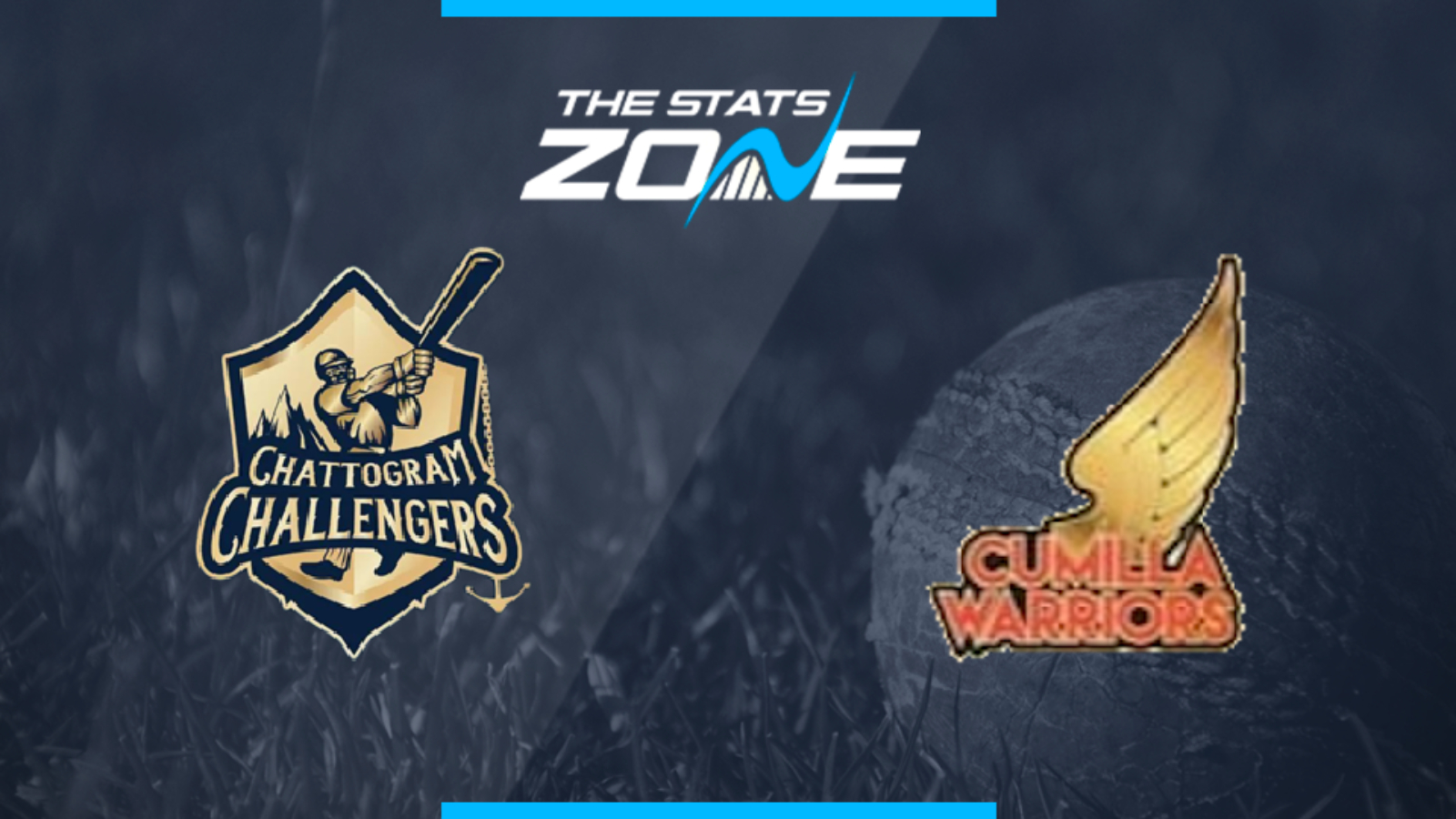 What is the expected weather for Chattogram Challengers vs Cumilla Warriors? 24c and sunshine forecast all day

Where can I get tickets for Chattogram Challengers vs Cumilla Warriors? Tickets for this match can be purchased directly from the stadium

What was the outcome in the last meeting? Cumilla Warriors beat Chattogram Challengers by 7 wickets (D/L method)

These two teams have made strong starts to this BPL campaign and have to be favoured already to be competing at the business end of the tournament. The Challengers continue to impress with their stunning batting but the Warriors can compete with them in that department. The bowling units are significantly weaker with one star overseas player on each team and the rest filled by local players. It could very well come down to early wickets and Mujeeb could very well be the difference maker for the Warriors to edge a game which could easily go either way.