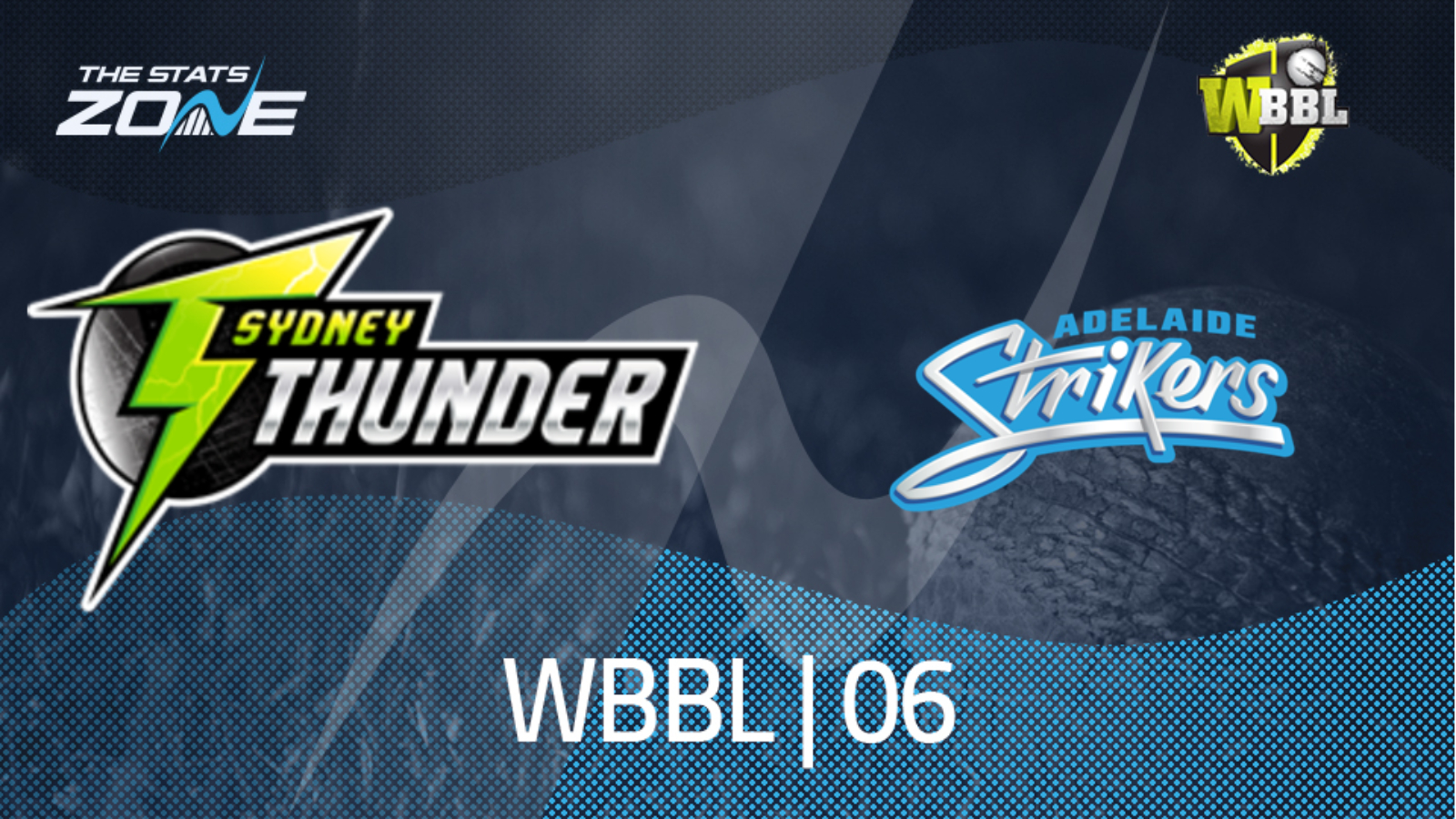 Where can I get tickets for Sydney Thunder Women vs Adelaide Strikers Women? Visit the official BBL website for ticket information

What channel is Sydney Thunder Women vs Adelaide Strikers Women on? Select matches will televised on BT Sport

Where can I stream Sydney Thunder Women vs Adelaide Strikers Women? If the match is televised in the UK, then BT Sport subscribers will be able to stream it live via BT Sport Player

After a washout in their opening match of WBBL|06, Sydney Thunder were again left frustrated by the weather as no result was possible in their clash with Melbourne Stars. The rain may have saved them in that game however, with the Thunder losing two early wickets which saw them slump to 13/2 off four overs. They will hope to finally take to the field for a meaningful amount of time in this clash with Adelaide Strikers who come into this on the back of a D/L loss to Sydney Sixers. Having stuttered to 68/7 from a reduced nine overs, the Sixers were able to hit their target of 46 from six overs with two balls to spare. Despite that loss, they were dominant in their opening game against Hobart Hurricanes and can overcome the Thunder in this one.