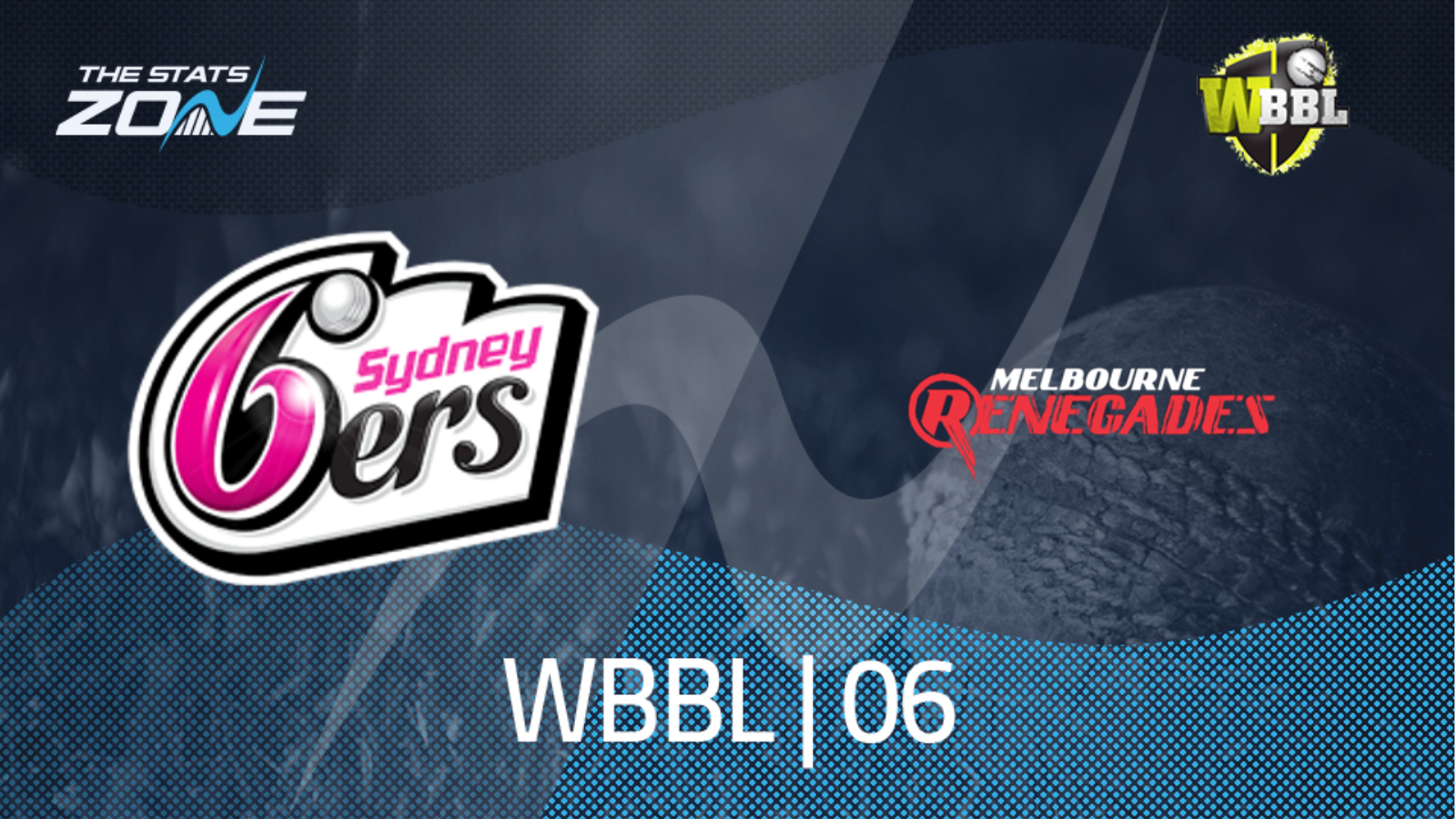 Where can I get tickets for Sydney Sixers Women vs Melbourne Renegades Women? Visit the official BBL website for ticket information

What channel is Sydney Sixers Women vs Melbourne Renegades Women on? Select matches will televised on BT Sport

Where can I stream Sydney Sixers Women vs Melbourne Renegades Women? If the match is televised in the UK, then BT Sport subscribers will be able to stream it live via BT Sport Player

Sydney Sixers ended their losing streak at just the right time to get their bid to make the finals back on track thanks to a nervy win over their Sydney rivals. The Thunder fell just four runs short in their chase as the Sixers won for the first time in six matches as they edged a thrilling contest but it could quite easily have gone the other way. After allowing 13 runs off the first five balls of the final over of the match, Erin Burns kept her nerve as she removed Phoebe Litchfield with the final ball to seal the win for her side. They will hope that proves to be the turning point in their campaign having ended such a miserable run but they must back it up against Melbourne Renegades. It would take a huge turnaround for the Renegades to make it into the top four but they gave themselves a glimmer of hope as they proved too good for Adelaide Strikers last time out. That type of performance showed what they are capable of but they are yet to show any form of consistency in this competition and it is that reason why they are likely to fall short in this contest.