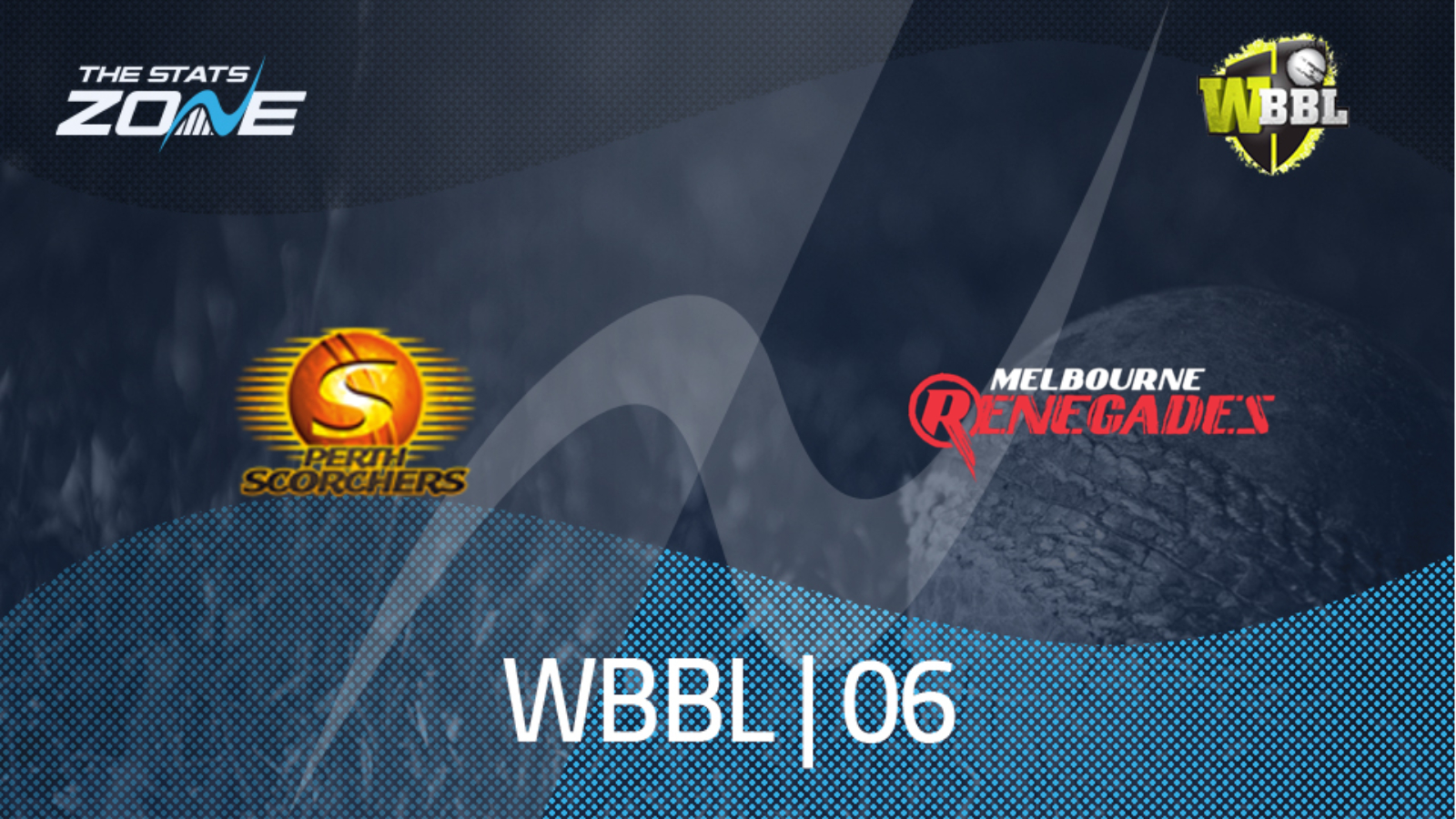 Where can I get tickets for Perth Scorchers Women vs Melbourne Renegades Women? Visit the official BBL website for ticket information

What channel is Perth Scorchers Women vs Melbourne Renegades Women on? Select matches will televised on BT Sport

Where can I stream Perth Scorchers Women vs Melbourne Renegades Women? If the match is televised in the UK, then BT Sport subscribers will be able to stream it live via BT Sport Player

Perth Scorchers put in another solid display as they made it back-to-back wins over Sydney Sixers to put their WBBL|06 campaign back on track and they will be eager to build on their recent successes as they take on Melbourne Renegades. Beth Mooney’s superb 75* was a match-winning knock as she was able to guide her side to a five-wicket win and those two victories over the Sixers have laid down a real marker for the rest of the competition. With the Scorchers trending in the right direction, the Renegades are heading the opposite way having lost for the fifth time so far this tournament. They were edged by nine runs against Hobart Hurricanes with their batting effort falling short, which was particularly frustrating with several of their players getting in but failing to kick-on to go beyond 50. The Renegades are just lacking that bit of class needed to get over the line in their matches and with the Scorchers possessing that in abundance, it is the Perth outfit that can win here to make it three victories in a row.