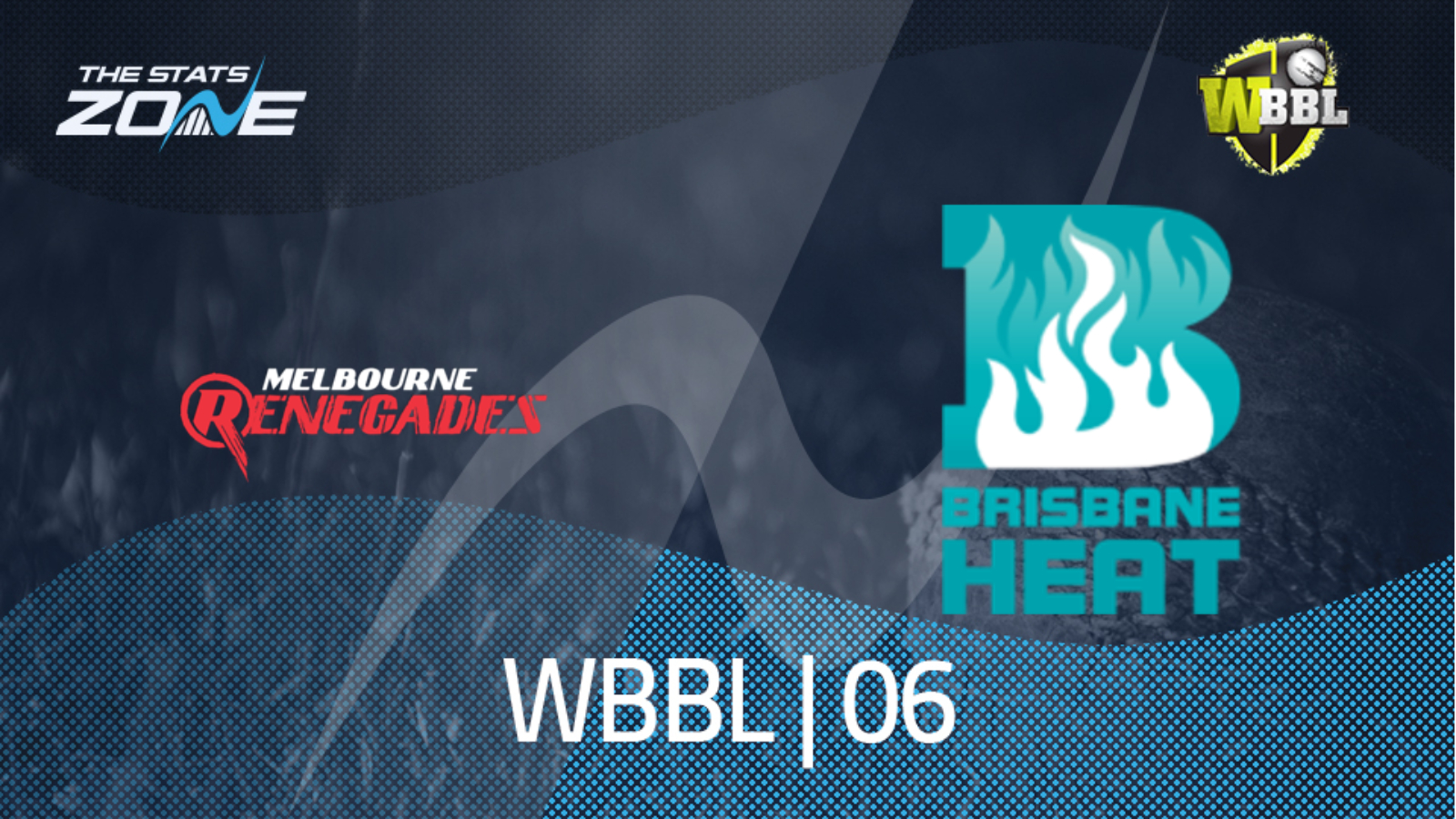 Where can I get tickets for Melbourne Renegades Women vs Brisbane Heat Women? Visit the official BBL website for ticket information

What channel is Melbourne Renegades Women vs Brisbane Heat Women on? Select matches will televised on BT Sport

Where can I stream Melbourne Renegades Women vs Brisbane Heat Women? If the match is televised in the UK, then BT Sport subscribers will be able to stream it live via BT Sport Player

Melbourne Renegades once again showed what they are capable of but it has all come too late for them despite beating Sydney Sixers in their penultimate round robin clash. The Renegades produced a brilliant batting display to surpass their target of 167 with opener Lizelle Lee doing most of the damage with a superb 79 off just 45 deliveries. It was another eye-catching win for the Renegades but their lack of consistency has harmed them in this competition and it will be interesting to see how they bow out as they face Brisbane Heat. The defending champions made it six wins in a row as they continue to impress at just the right time and they secured their spot in the finals with a win over top of the ladder Melbourne Stars. In a close contest that could end up being a rehearsal of the final, the Heat won by three wickets thanks to Laura Kimmince smashing 19 off just five balls despite wickets beginning to tumble for her side. Her efforts highlighted the quality throughout this Heat team and although the Renegades are capable of pushing them close, the Brisbane side should prevail here which would secure second place.