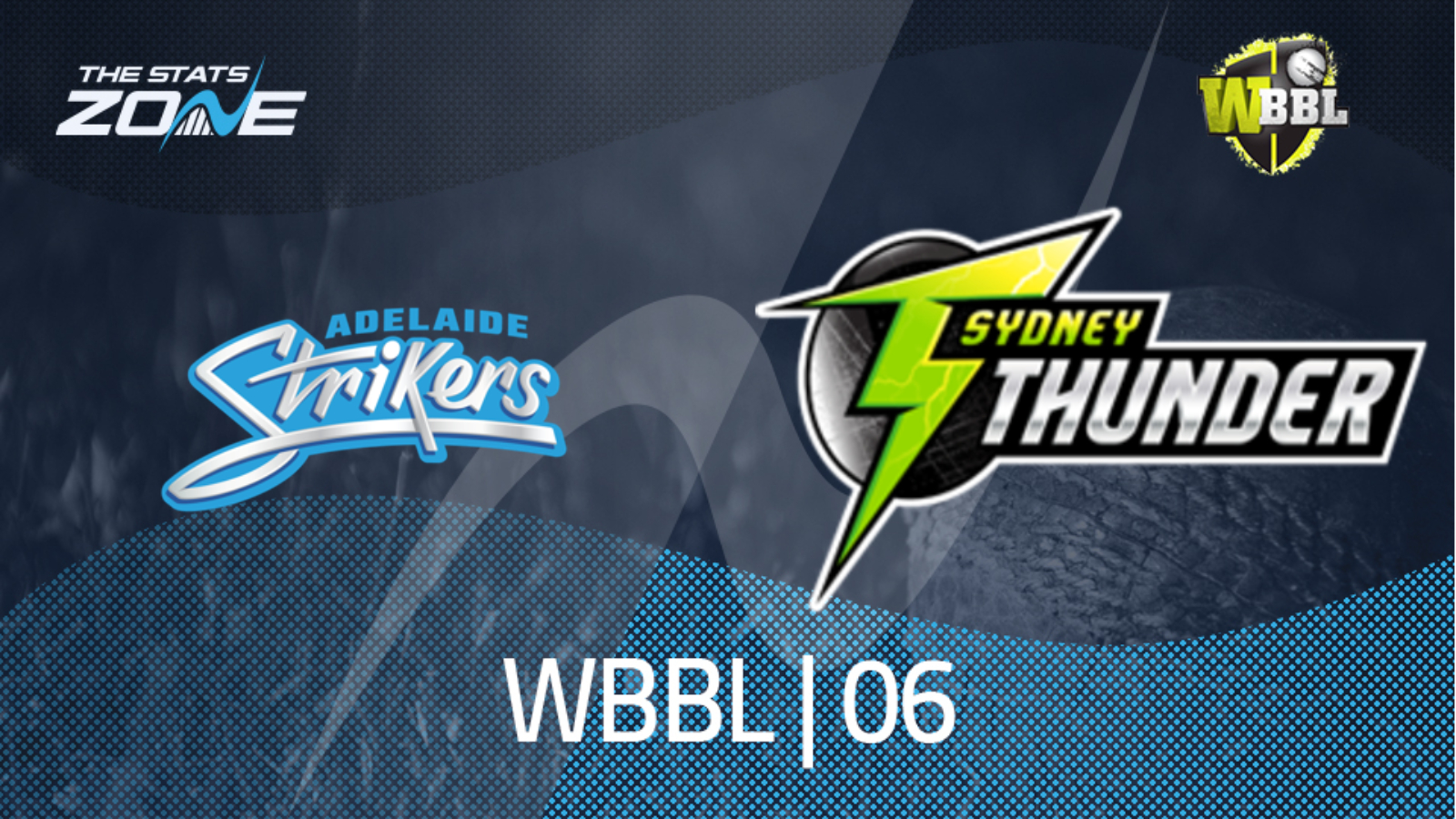 Where can I get tickets for Adelaide Strikers Women vs Sydney Thunder Women? Visit the official BBL website for ticket information

What channel is Adelaide Strikers Women vs Sydney Thunder Women on? Select matches will televised on BT Sport

Where can I stream Adelaide Strikers Women vs Sydney Thunder Women? If the match is televised in the UK, then BT Sport subscribers will be able to stream it live via BT Sport Player

Adelaide Strikers were handed a big blow in their quest to qualify for the finals of WBBL|06 as they suffered a disappointing loss at the hands of Melbourne Renegades last time out. The Strikers stuttered their way to 122/6 and the Melbourne side made relatively easy work of surpassing that total. They will need to dust themselves down ahead of this crucial battle with Sydney Thunder but the Strikers will believe they can do the business against a side that has struggled of late. They were beaten for the fourth time in their last five matches as they lost their all-Sydney affair with the Sixers to leave themselves in a precarious position inside the top four. The Thunder fell an agonising four runs short of their target in that clash and they will be desperate for the likes of Tammy Beaumont and Heather Knight to step up and guide them into the finals. There are bound to be nerves aplenty for this clash that could go either way but the Strikers have generally played the better cricket of the two teams of late and they are slightly favoured to snatch this one.