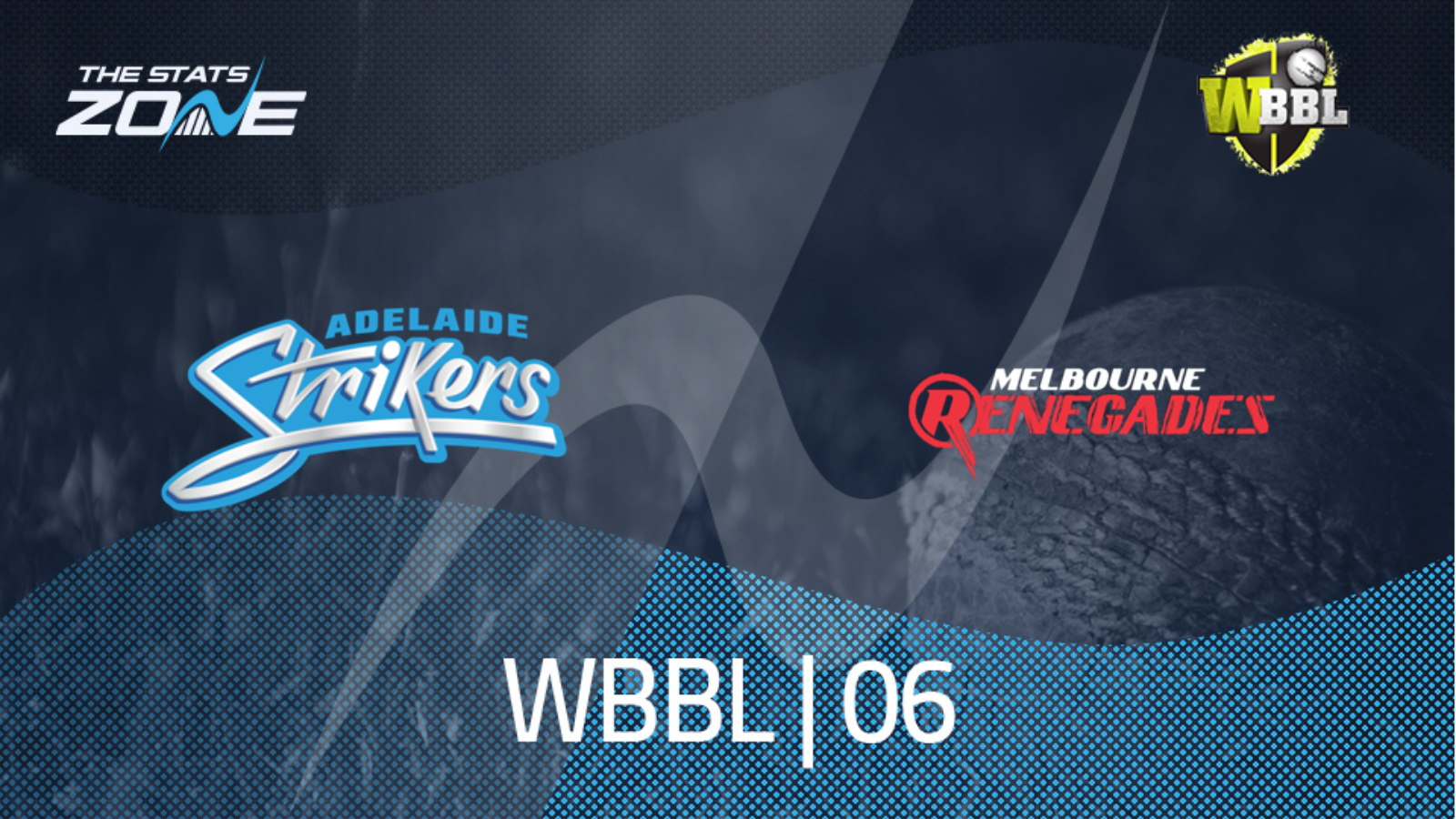 Where can I get tickets for Adelaide Strikers Women vs Melbourne Renegades Women? Visit the official BBL website for ticket information

What channel is Adelaide Strikers Women vs Melbourne Renegades Women on? Select matches will televised on BT Sport

Where can I stream Adelaide Strikers Women vs Melbourne Renegades Women? If the match is televised in the UK, then BT Sport subscribers will be able to stream it live via BT Sport Player

Adelaide Strikers made it back-to-back wins in WBBL|06 to put themselves right in the mix for a spot in the finals as they impressed with both bat and ball to sweep Hobart Hurricanes aside. They posted 141/6 which was largely thanks to a superb effort from Madeline Penna who struck a quick-fire 56* off just 33 balls. The Hurricanes had little in response as the Strikers’ bowling unit ripped through the batting line-up and skittled them for just 77. That was a very dominant win and sets them up nicely for this clash with a Melbourne Renegades side that were unable to build on their magnificent win over Melbourne Stars. They were on the end of a heavy defeat to Sydney Thunder as they went down by eight wickets in a result that all-but ends any hopes they had of making the finals. With so much at stake for the Strikers and on the back of a dominant victory, they should be able to maintain their push for a top four finish by making it three wins in a row in this one.