Coronavirus in Sport – the impact on Rugby League 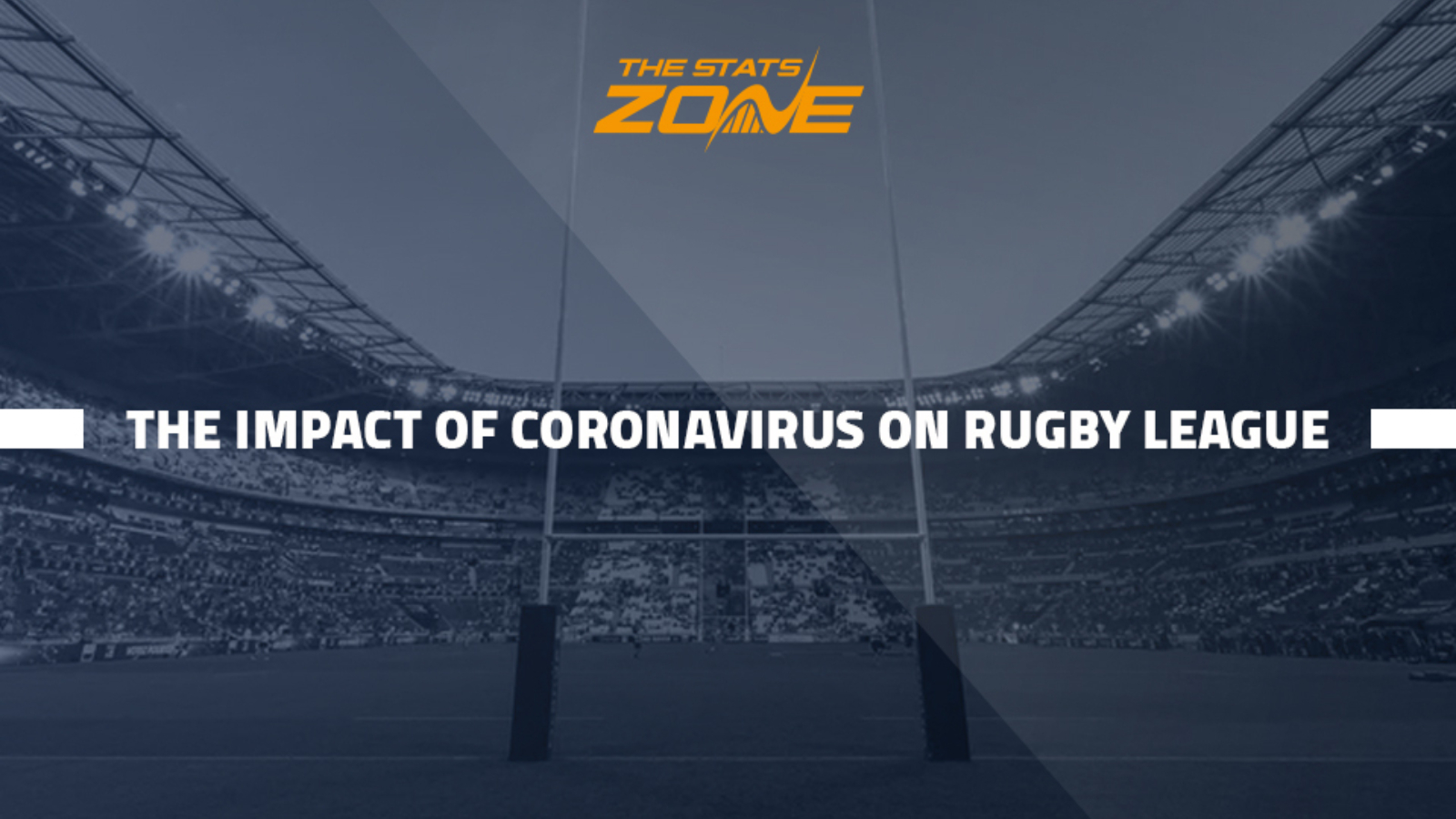 This is a continuously updated account of how rugby league has been impacted by the developing coronavirus pandemic. For information on how the virus has affected other sports, click here.

30th April - The RFL has secured significant Government support of £16m to help the sport and its clubs through the unprecedented financial challenges caused by the coronavirus pandemic.

21st April - Super League's Magic Weekend event, scheduled for 23-24 May at Newcastle United's St James' Park, has been postponed because of the ongoing coronavirus pandemic.

2nd April - Super League CEO Robert Elstone agrees to a 40% pay cut with other executives taking a 30% cut as the clubs begin to furlough staff and players.

1st April - Toronto announce that their first home game in the Super League against Hull FC, due to take place on the 18th April, has been postponed along with subsequent home fixtures against Wigan and St. Helens.

31st March - Toronto chairman Bob Hunter says that the Super League teams have discussed the possibility of scrapping relegation due to the upheaval caused by COVID-19.

26th March - Senior executives at the RFL are understood to have agreed paid cuts to help ease financial pressures on the sport.

25th March - Super League CEO Robert Elstone has admitted that May’s Magic Weekend at St. James’ Park may need to be rescheduled or even cancelled.

24th March - The Super League clubs held a board meeting where they determined that the season would be suspended indefinitely after they had initially hoped to return by the 3rd April.

17th March - Leeds announce that that eight members of their first team squad and backroom team are currently in self-isolation after showing symptoms of possible coronavirus.

17th March - New England head coach was due to hold his first gathering of players since his appointment at Old Trafford on the 23rd March but the meeting has been cancelled.

16th March - The RFL and Super League jointly announce the suspension of all rugby league fixtures from Super League down to the community game until the 3rd April.

15th March - Toronto release a statement stating that they have stood down their entire playing staff after four players were asked to self-isolate after experiencing mild symptoms of possible COVID-19.

13th March - Leeds declare that they will not be travelling to France for their game with Catalans due to a member of their playing staff showing signs of coronavirus.

10th March - Catalans’ game against Leeds set to be played behind closed doors due to the French government banning gatherings of more than 1,000 people.

24th April - The NRL is set to restart on its proposed May 28 date though the length of season is still to be confirmed, with a decision expected early next week.

9th April - The ARL Commission announces that the NRL season will restart on the 28th May with the structure and format yet to be decided.

2nd April - The NRL and RLPA reach an agreement on financial measures which will be taken while the NRL is suspended.

1st April - The NRL’s agreement with the RLPA is set to be finalised after CEO Todd Greenberg agreed to take the same pay deal as the players.

1st April - An eight-person ‘innovations committee’ will be tasked with restructuring the remainder of the rugby league season in Australia based on varying scenarios.

30th March - The NRL comes to an agreement on a recovery plan to help provide funding certainty to its 16 clubs for the rest of the 2020 campaign with the NRL paying a total of $40m to cover ongoing operational costs.

27th March - The NRL, along with NSWRL, QRL and the Affiliated States, has announced the cancellation of a number of male and female competitions, tournaments and national representative programs.

27th March - The 2020 NRL Magic Round that was due to be held in Brisbane has been cancelled.

27th March - A potential delayed start to the 2021 NRL season could have huge ramifications for the World Cup that is due to be held at the end of next season in England.

26th March - South Sydney Rabbitohs football manager Shane Richardson has resigned from his role to ease the financial burden on the club.

25th March - Talks begin between the NRL and RLPA regarding the players’ share in the decreased revenue while the competition is suspended.

24th March - The NRL begins to prepare alternative season schedules but have warned that play must resume by September or the season will have to be cancelled.

23rd March - The NRL announces that the season will be suspended with immediate effect for an indefinite period of time.

21st March - There was a touching moment following the Warriors’ game with Canberra as the New Zealand club were thanked by the Raiders’ squad for staying in Australia to keep the NRL going.

20th March - Mid-season Oceania Cup fixtures involving New Zealand, Tonga, Samoa and the Cook Islands that were due to be played on the 20th June have been postponed.

20th March - New Zealand Warriors commit to remaining in Australia indefinitely in order to fulfil their fixtures in the NRL.

19th March - The NRL prepares to introduce a "self-isolation program" for players in a bid to ensure safety measures are met during the COVID-19 pandemic which should allow the season to continue.

18th March - The NRL announces that all community rugby league is suspended until at least the first weekend in May.

16th March - New Zealand Warriors decide to remain in Australia with their round 2 home game with Canberra set to be played at Cbus Super Stadium on the Gold Coast but the club offer no assurances that they will stay in the country following that game.

15th March - The NRL provide an update on the current situation surrounding the competition following the coronavirus outbreak, with how they can assist the clubs to remain financially viable a key topic.

14th March - NRL CEO Todd Greenburg declares that he is determined for the season to go ahead as long as it’s safe and that playing all games at one location is an option.

13th March - The NRL announce that the season will continue but that games will take place behind closed doors from round two of the competition.