Coronavirus in Sport – the impact on Motorsport 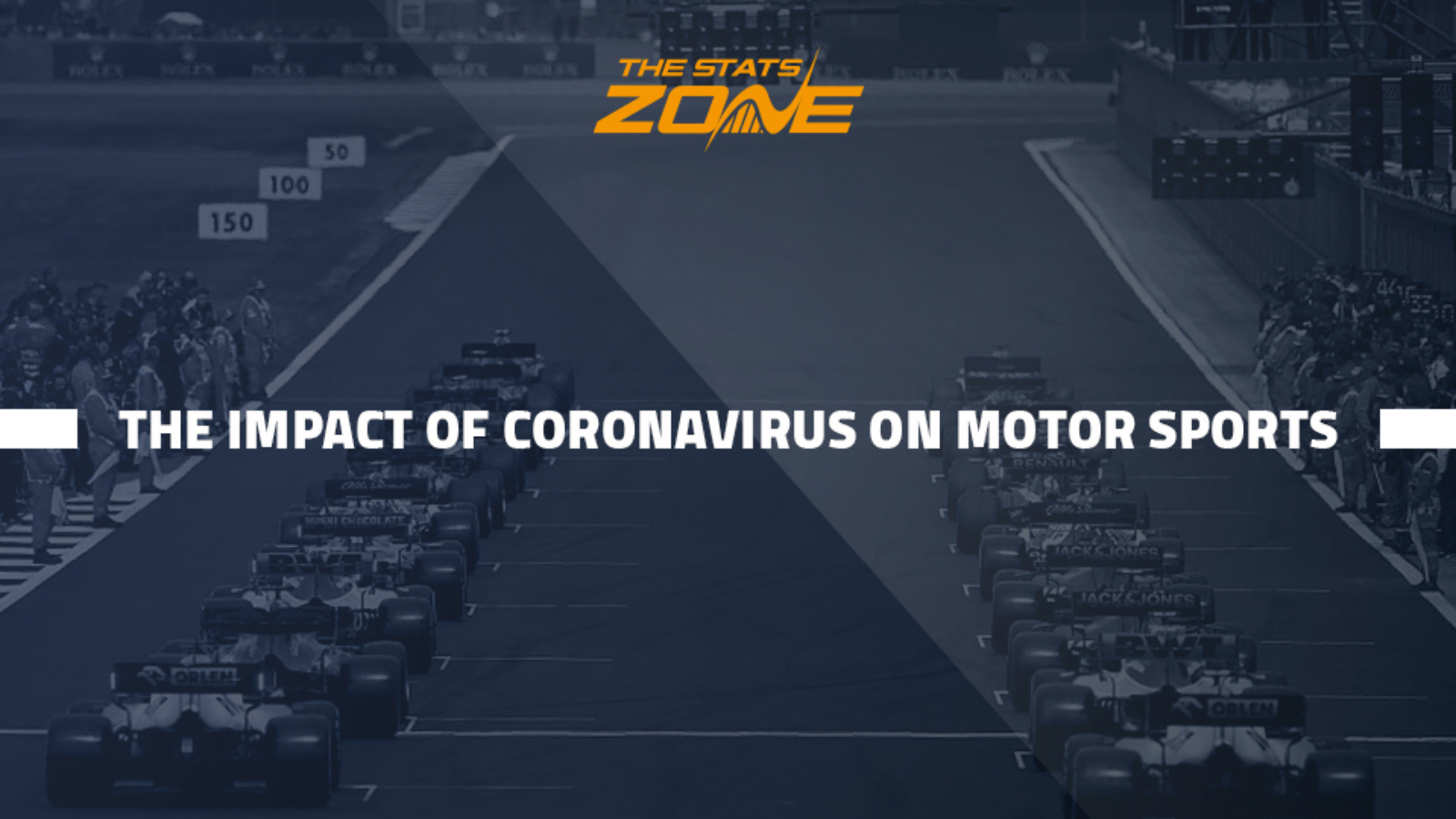 This is a continuously updated account of how motorsport has been impacted by the developing coronavirus pandemic. For information on how the virus has affected other sports, click here.

13th March - Formula E and the FIA announce that the Formula E season will be temporarily suspended for two months.

27th April - Formula 1 have announced that the 2020 season is scheduled to start again behind closed doors at the Austrian Grand Prix which is due to take place on July 3-5.

30th March - Mercedes F1 have worked with University College London, to build a breathing aid, which will help keep patients out of intensive care.

19th March - The FIA & Formula 1 have postponed the Dutch and Spanish Grand Prix with the Monaco Grand Prix cancelled altogether.

18th March - Formula 1 have confirmed that the three week summer shutdown usually reserved for August has been moved forward to March-April.

13th March Formula 1 have announced the suspension of the start of the season with both the Bahrain and the Vietnam Grand Prix not taking place as scheduled.

12th March - Formula 1, FIA and the AGPC have announced the cancellation of the Australian Grand Prix.

8th March - The Bahrain Grand Prix scheduled to be held on March 20th-22nd will take place behind closed doors.

12th February - The Formula 1 Chinese Grand Prix scheduled to take place in Shanghai on April 19th is postponed by the FIA & Formula One.

26th March - IMS and IndyCar have announced that the Indy 500 has been postponed and rescheduled to August 23rd.

30th April - NASCAR is scheduled to make its return to racing on Sunday, May 17, at Darlington Raceway with a NASCAR Cup Series race that will serve as the first of seven races over an 11-day span at two different race tracks throughout May, the sanctioning body have announced.

30th April - The German, Dutch and Finnish MotoGP races scheduled to take place in June and July have all been cancelled and will not be part of the revised calendar when it is published.

26th March -The 2020 Ulster Grand Prix has been called off and will not be rescheduled.

26th March - The Spanish Grand Prix originally set to take place on May 1st-3rd has become the latest MotoGP race to be postponed.

24th March - The opening three rounds of the Bennetts British Superbike Championship have been postponed.

19th March - The Southern 100 Road Race due to take place in July has been cancelled and will not take place this year.

16th March - The Isle of Man TT originally scheduled to take place from May 30th to June 12th has been cancelled by the government.

14th March - The Cookstown 100 has been postponed and rescheduled for September.

3rd March - The second race of the World Superbikes Season due to take place in Qatar has been cancelled.

2nd March - The second MotoGP race of the season in Thailand has been cancelled.

1st March - The opening MotoGP race of the season in Qatar has been called off due to travel restrictions imposed on passengers from Italy.

30th April - Rally Portugal has become the first event on this year's World Rally Championship schedule to be cancelled outright.

14th March - The third race of the World Rally Championship in Mexico has ended a day early due to flight disruption.

11th March - The Spanish Round of the World Superbikes Season has been postponed.