Coronavirus in Sport – the impact on Boxing 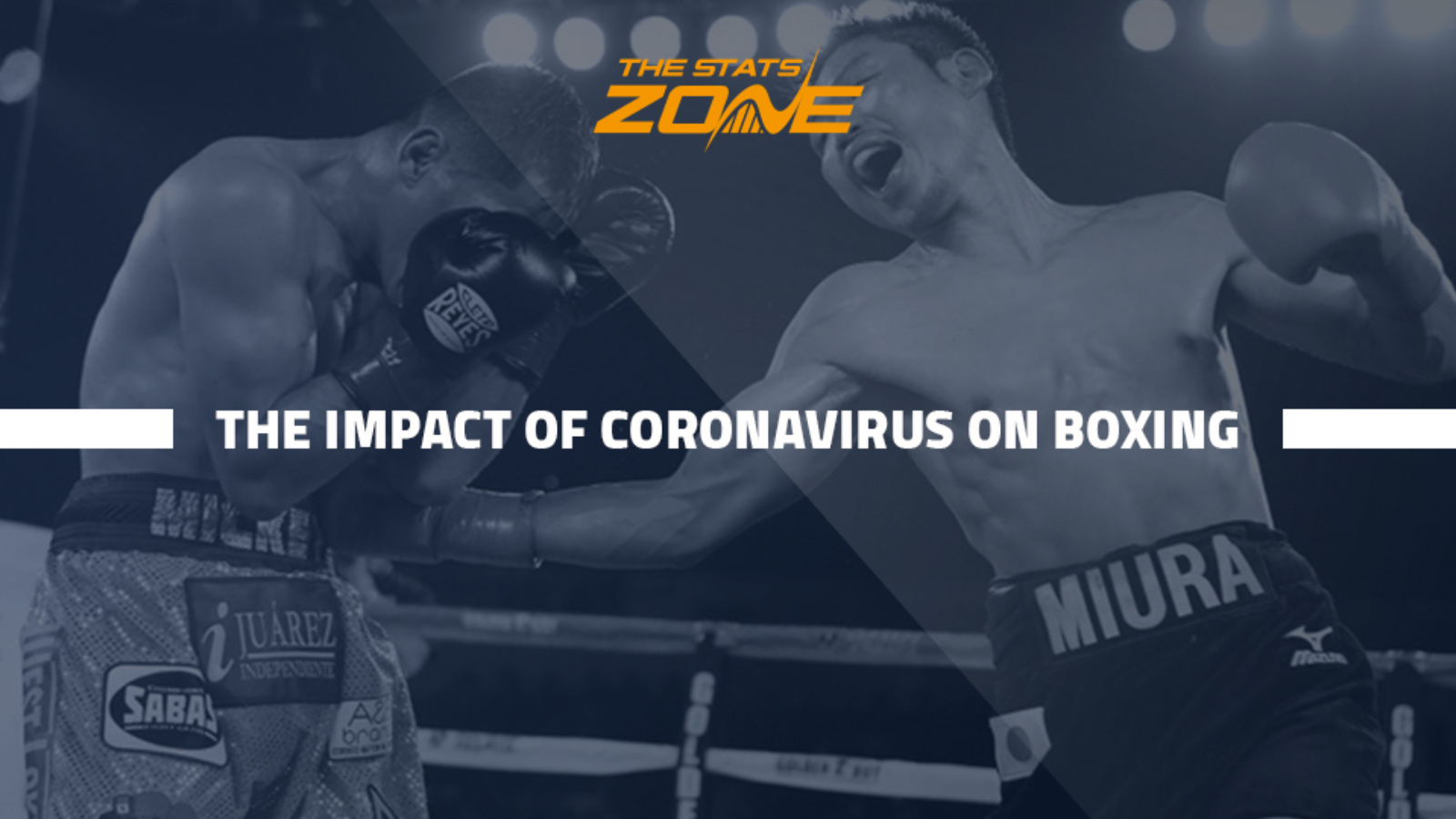 This is a continuously updated account of how boxing has been impacted by the developing coronavirus pandemic. For information on how the virus has affected other sports, click here.

30th April - The British Boxing Board of Control are hoping to be able to resume competitive professional boxing in July.

15th April - The rescheduled WBSS Cruiserweight Final between Mairis Briedis and Yuniel Dorticos that was due to take place on May 16 in Riga has been postponed.

14th April - Promoter Bob Arum said he is looking into the possibility of scheduling
boxing events in Florida this summer, using the WWE's facilities.

31st March - The Japan Boxing Commission and the Japan Professional Boxing Association have decided to cancel all scheduled shows until mid-May.

31st March - The already re-scheduled fight between Jose Ramirez and Viktor Postol has been postponed due to the coronavirus pandemic and will now no longer take place on May 9.

30th March - Matchroom Boxing have posponed all of their scheduled events that were due to take place in May, which includes Dillian Whyte vs Alexander Povetkin (May 2) and Oleksandr Usyk vs Derek Chisora (May 23) - Whyte vs Povetkin is now scheduled for July 4.

30th March - The International Boxing Hall of Fame has postponed the 31st annual induction weekend scheduled for June 14 and the 2020 inductees will be admitted to the Hall of Fame in 2021.

27th March - Salita Promotions has postponed the Claressa Shields vs Marie-Eve Dicaire undisputed World Championship fight, originally due to take place on May 9.

25th March - The International Olympic Committee (IOC) has been accused of irresponsibility after two Turkish boxers and a trainer caught the coronavirus during a qualifying event in London this month.

24th March - Bob Arum of Top Rank states that the third fight between Tyson Fury and Deontay Wilder will not take place on the planned date of July 18, it will now possibly be scheduled for early October.

24th March - The Tokyo 2020 Olympic Games have been postponed until 2021 because of the worldwide coronavirus pandemic. The games, due to begin on 24 July, will now take place "no later than summer 2021".

24th March - The WBO has postponed all boxing events through June 2020.

23rd March - Premier Boxing Champions stated that they have postponed all events that were scheduled for the month of May.

23rd March - The British Boxing Board of Control announced an extension of the suspension of boxing under their jurisdiction until the end of April when further consideration will be given.

19th March - The fight between Srisaket Sor Rungvisai and Amnat Ruenroeng in Bangkok, Thailand has been postponed from April 4 until May 2.

18th March - Alternative dates considered if fights such as Dillian Whyte vs Alexander Povetkin (May 2), Oleksandr Usyk vs Dereck Chisora (May 23) and Anthony Joshua vs Kubrat Pulev (June 20) have to be postponed.

17th March - Queensberry Promotions announced it would be inappropriate to proceed with any forthcoming Boxing promotions in front of live audiences during April and May so the fight between Daniel Dubois v Joe Joyce on April 11 at the O2 Arena has now been rescheduled to Saturday July 11. World Champion Josh Taylor’s homecoming, scheduled for May 2 at the SSE Hydro in Glasgow will no longer take place on this date.

17th March - Matchroom Boxing have postponed all events scheduled to be taking place in March and April, including David Avanesyan vs. Josh Kelly at The O2 in London on March 28, Lewis Ritson vs. Miguel Vazquez at the Utilita Arena Newcastle on April 4 and Terri Harper vs. Natasha Jonas at the Doncaster Dome on April 24.

17th March - MTK Global confirmed the #GoldenContract event scheduled for Friday March 20 has been postponed due to the coronavirus pandemic.

16th March - All Premier Boxing Champions scheduled events for March and April have been cancelled and will be rescheduled for a later date.

16th March - Matchroom Boxing USA’s event at MGM National Harbor in Oxon Hill, Maryland on Friday April 17 has been cancelled due to the COVID-19 outbreak. Former World Super-Lightweight champions Regis Prograis and Maurice Hooker were due to meet on that card.

16th March - Top Rank postponed all of its March and April events, most notably light heavyweight world champion Artur Beterbiev's mandatory defense against Meng Fanlong. Naoya Inoue and John Riel Casimero were due to meet in the main event of the April 25 card to unify their bantamweight world titles.

16th March - An SES Boxing event scheduled to take place March 28 in Magdeburg, Germany, to have been headlined by interim light heavyweight titlist Dominic Boesel against Zac Dunn was postponed.

16th March - The England Boxing National Junior Championships 2020 semi-finals and finals which were due to take place in Liverpool on Saturday 28th March and Sunday 29th March have been postponed until later in the year as a result of the Coronavirus pandemic.

14th March - The WBSS Cruiserweight Final between Mairis Briedis and Yuniel Dorticos scheduled for March 21 in Riga is postponed to May 16 due to the current situation with the Coronavirus.

12th March - Due to concerns about the spread of COVID-19, James Kirkland vs. Marcos Hernandez on March 14 at MGM National Harbor in Maryland was postponed until a later date.

11th March - Three fight cards scheduled for March at the Casino of Montreal were cancelled on Wednesday March 11. One card, featuring a middleweight contest between Steve Butler and Marcos Reyes, was scheduled for Thursday and was called off a few hours after the boxers weighed in.