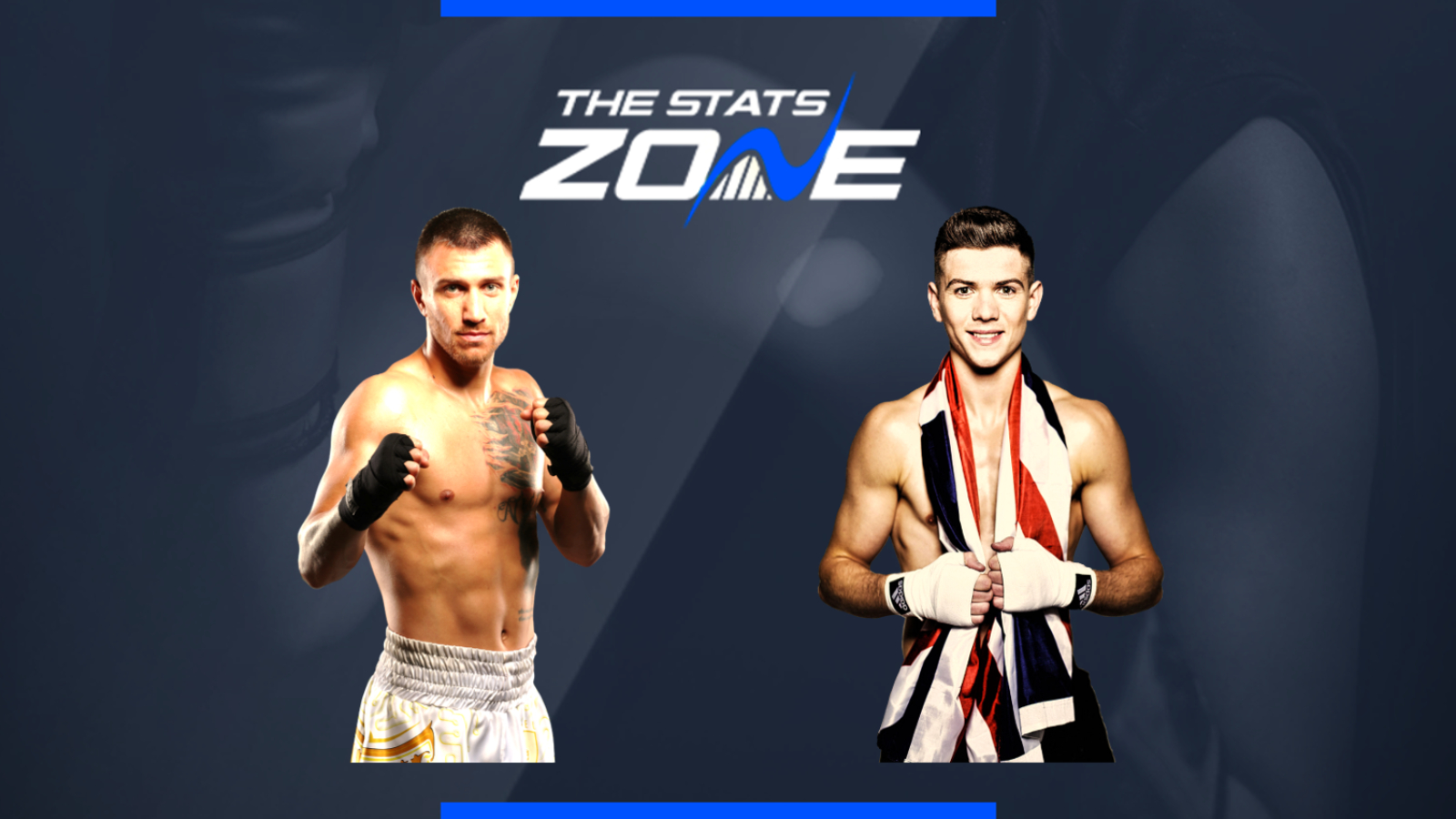 Where is Vasyl Lomachenko vs Luke Campbell? The O2 Arena, London

Where can I stream Vasyl Lomachenko vs Luke Campbell? Sky Sports subscribers can stream the fight via the Sky Sports website

For viewers in the United States, the fight will be shown live and available to stream via the ESPN+ website and app.

Vasyl Lomachenko returns to London for the first time since winning his second Olympic gold medal to defend his WBO, WBA and The Ring titles as well as fighting for the vacant WBC title. Fellow 2012 Olympic gold medallist and England’s own Luke Campbell hosts his homecoming but is out to shock the world and send the phenom home beltless.

As Campbell is entering his prime, he feels the timing is perfect to dethrone the champion and has the grand stage at the 02 Arena in London for that opportunity. He will have the home support but Lomachenko is also adored which will create a great atmosphere on August 31st.

Let’s dive into the tale of the tape:

They match-up very similarly with the key stat being Campbell’s reach advantage which will be his main ally in tackling the beast that is Lomachenko. What you can’t see is their amateur experience. Lomachenko has only had 14 professional fights but that is off the back of a staggering amateur record of 396-1, collecting a plethora of gold medals. However, Campbell also had a packed amateur career medalling as a bantamweight.

Looking at their last ten fights, you can see how Lomachenko is adding to his reputation. After his shock loss to Orlando Salido back in 2014, he has gone on a tear winning his next 12 fights and finishing some of the best and most experienced fighters in the division, notably Jorge Linares and Anthony Crolla.

Campbell has lost two of his last ten but is coming off three great wins and a brilliant TKO over Adrian Young. What stands out here is his split decision loss to Linares, who Lomachenko finished in the tenth round.

Linares beat Campbell via a split decision, displaying his experience and class. The Englishman fought well, especially considering his Dad passed away two weeks prior and he was dropped in the second round. He showed character and won the mid-late rounds, even wobbling Linares late on, but the Venezuelan closed the fight out comfortably in the end.

Linares put Lomachenko in the most trouble we had seen so far by knocking him down with a straight right in the sixth round. However, this lit a fire under the Ukrainian who put it on Linares, breaking him down with powerful combinations, but what was so impressive was his composure. Knowing he was winning the fight and hurting Linares, he kept his technique, conserved his energy and finished the fight with a beautiful punch to the liver in the tenth round.

Looking at all of Lomachenko’s fights, and Campbell’s last 14, the Ukrainian has fought more accomplished and experienced fighters. The average win percentage of his opponents before they fought is a colossal 91%, fighting top contenders straight off the bat. Campbell’s last 14 opponents have a win percentage of 82% which is high but inferior to Lomachenko’s, who have also had more experience with a combined total of 41 more wins on their records.

Lomachenko will be the favourite and is well-aware of Campbell’s reach, experience and fight IQ but are there any holes for him to exploit?

The champ’s only loss was unexpected. It was his second professional fight against the heavier Salido but this was a crucial learning curve which has made him a better fighter. Linares dropped him but Lomachenko displayed great character faced with the most adversity he had experienced in his career, and he will have worked on preventing getting caught like that again.

Campbell needs to keep the fight long and try and dictate the tempo instead of reacting to Lomachenko. Although, this is easier said than done as the Ukrainian simply operates on a different level with an irresistible combination of defence and attack.

The Ukrainian’s movement is immaculate and he is an expert in controlling the distance which will be crucial against the rangier Campbell. He is expected to get to work in the pocket and reel off combinations, stepping in and out of range to avoid damage.

As you can see from their average fight time, they are both natural finishers. Lomachenko has a higher average of 8.5 rounds per fight but they have the same number of finishes which implies Lomachenko takes more time to settle but becomes more prolific as the fight goes on.

Lomachenko can be hit and Campbell has the hand speed to cause him some serious problems but he cannot let the Ukrainian settle. Lomachenko will grow into the fight even if he starts strong and the accumulation of damage in the exchanges will add up in favour of Lomachenko. He is quicker and has the technique to negate the reach advantage while enforcing his power which should be enough to finish Campbell in the later rounds.