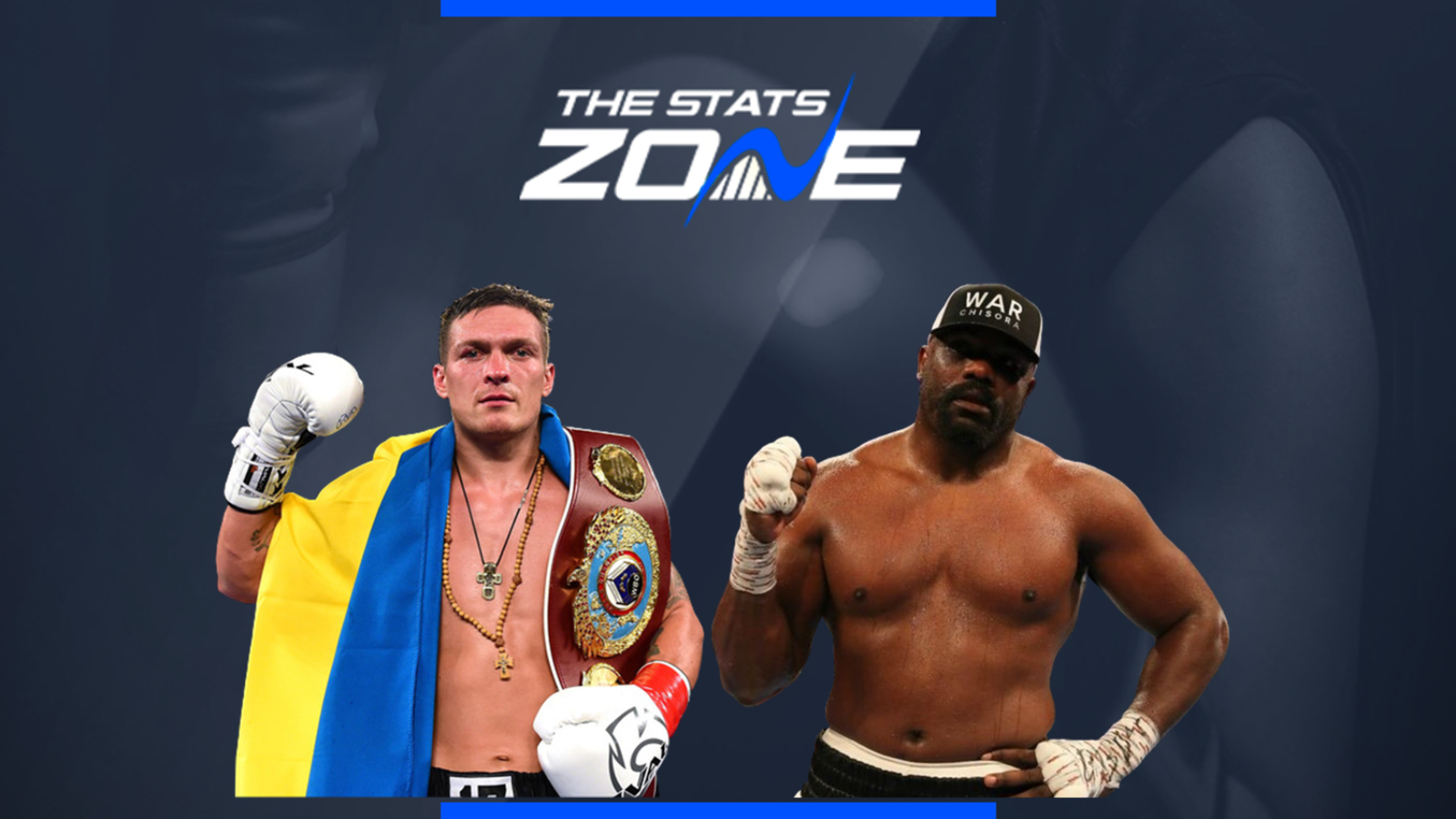 Where is Oleksandr Usyk vs Dereck Chisora taking place? The O2 Arena, London

When is Oleksandr Usyk vs Dereck Chisora and what time does it start? Saturday 23rd May, 2020 – 22:00 approx (UK) - THIS IS LIKELY TO CHANGE DUE TO THE CORONAVIRUS PANDEMIC

Where can I stream Oleksandr Usyk vs Dereck Chisora? For viewers in the United States, the fight will be available to stream via the DAZN site website and app. 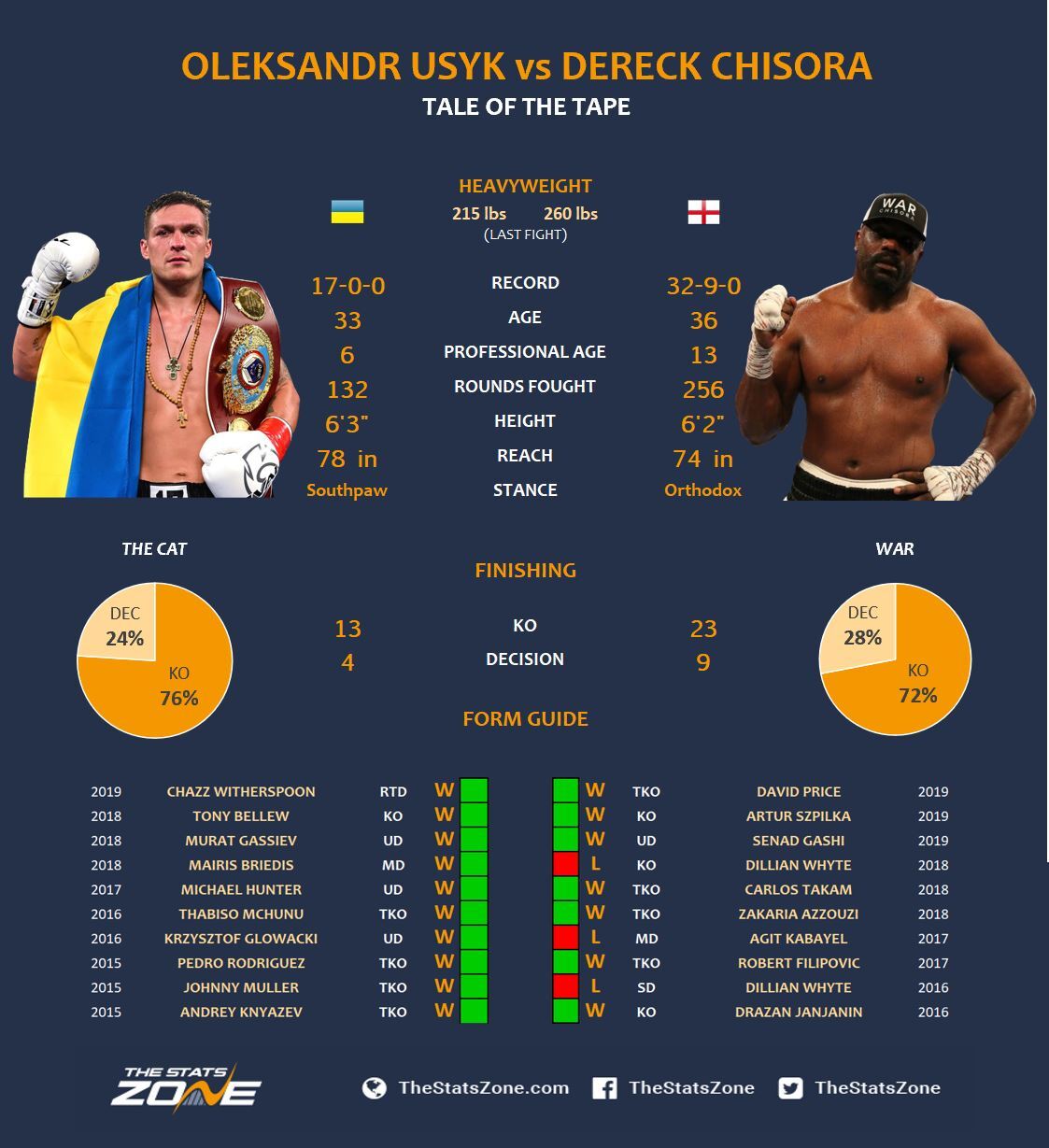 Usyk will be lighter but he will make up for it with his technique and speed. He will also have a four-inch reach advantage which will help him download Chisora's patterns for the first few rounds and then use his immaculate timing and movement to pick him apart and unleash his power for a potential late finish.