What TV channel is Kell Brook vs Mark DeLuca on? Sky Sports Action

Where can I stream Kell Brook vs Mark DeLuca? For viewers in the United States, the fight will be available to stream via DAZN site website and app.

Where can I get tickets for Kell Brook vs Mark DeLuca?
https://www.stubhub.co.uk/matchroom-boxing-tickets-sheffield-flydsa-arena-2-8-2020/event/104518755/?sort=price%20asc&utm_source=matchroomboxing.com&utm_medium=referral&utm_campaign=Matchroom_08-02-20_MR_socialweb 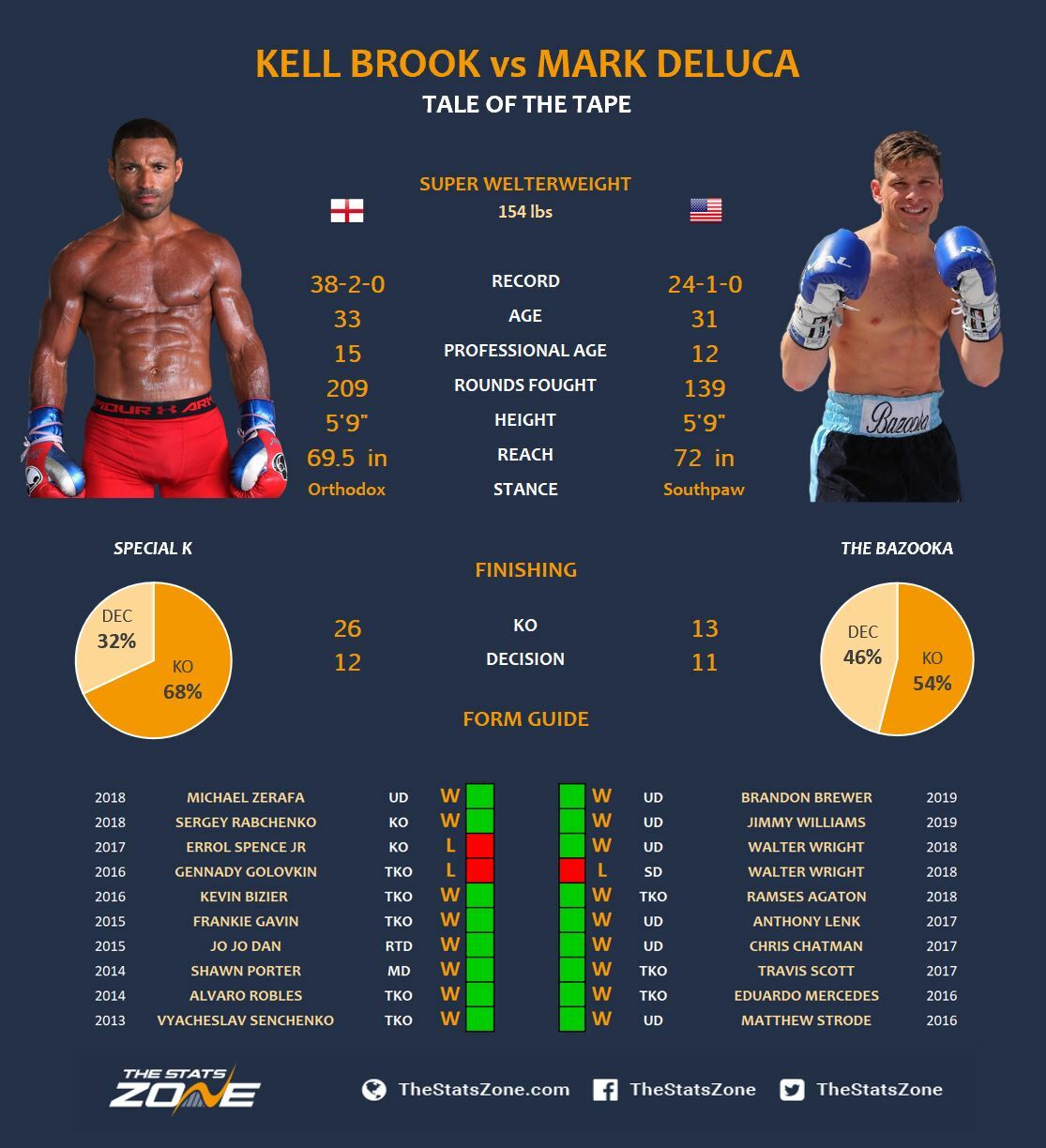 This should be the toughest fight of Mark DeLuca's career but he is expected to make it a gritty contest. Kell Brook's experience fighting some of the best in the world including Spence who is also a southpaw will be crucial in pacing the rounds and ring generalship. Brook is expected to put on a vintage performance despite being out for a while as he seems very motivated and fighting in front of his home fans again.