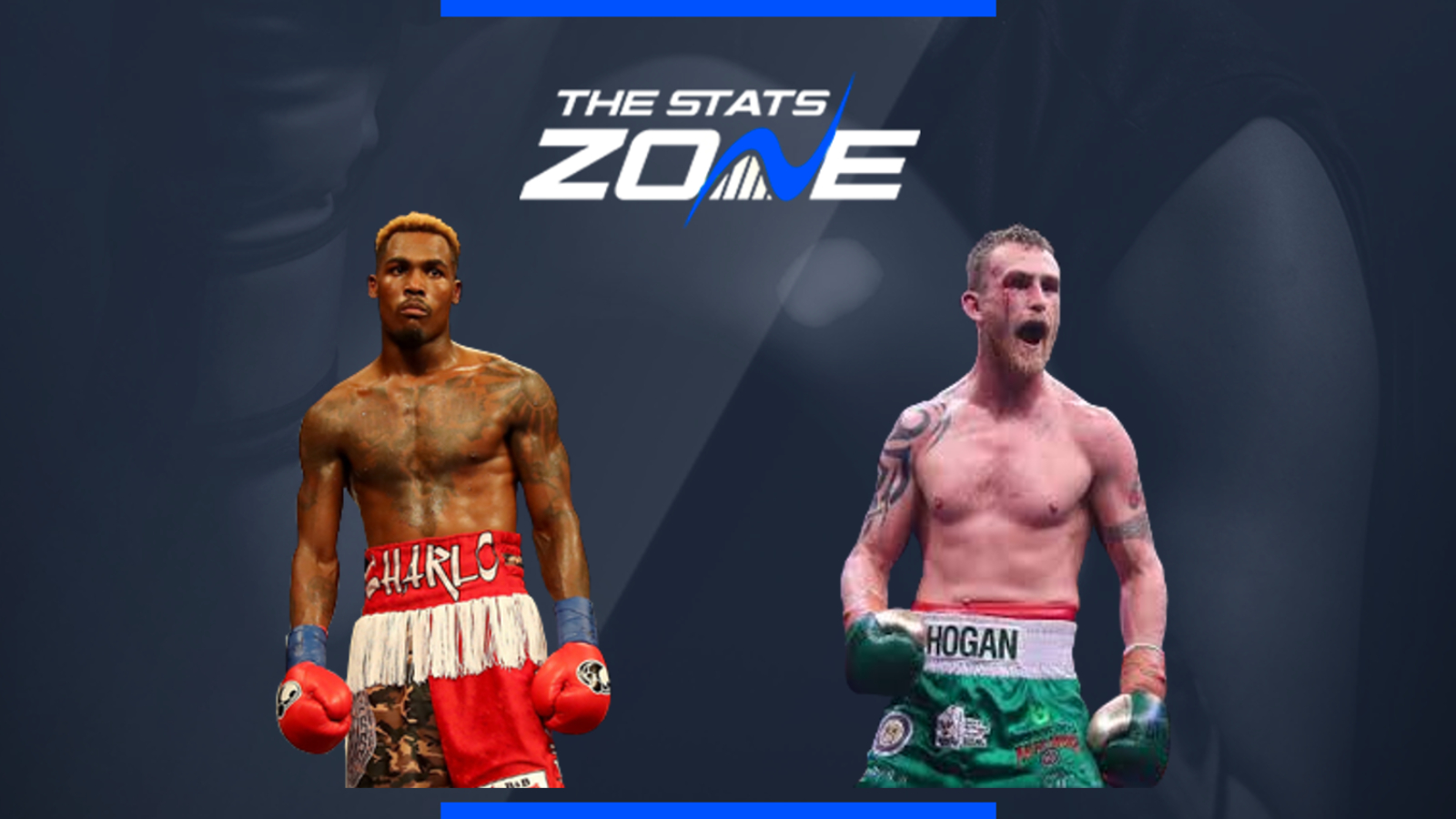 What TV channel is Jermall Charlo vs Dennis Hogan on? Showtime (US)

Where can I stream Jermall Charlo vs Dennis Hogan? Viewers in the US can stream the fight via the Showtime website and you can sign up for a free trial here.

Where can I get tickets for Jermall Charlo vs Dennis Hogan?
https://www.barclayscenter.com/events/detail/premier-boxing-champions-jermall-charlo-vs-dennis-hogan-2019 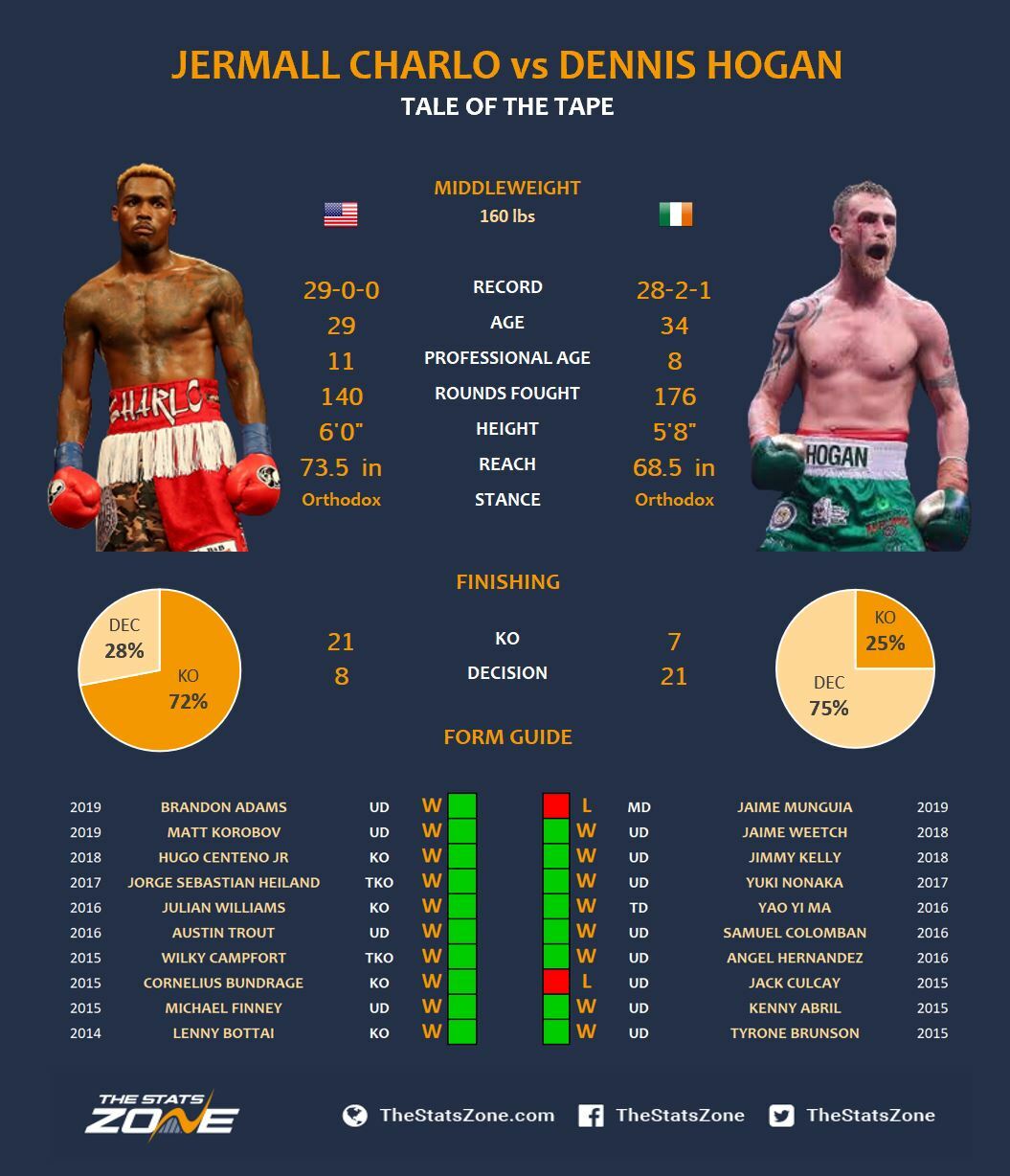 Hogan is expected to press forward with his usual aggressive style, relying on his chin, but Charlo has the technique and range to pick off the Irishman. Hogan will be fiercely competitive until the bell but Charlo's power, reach and counter punching will pile on the damage to earn a decision at least.