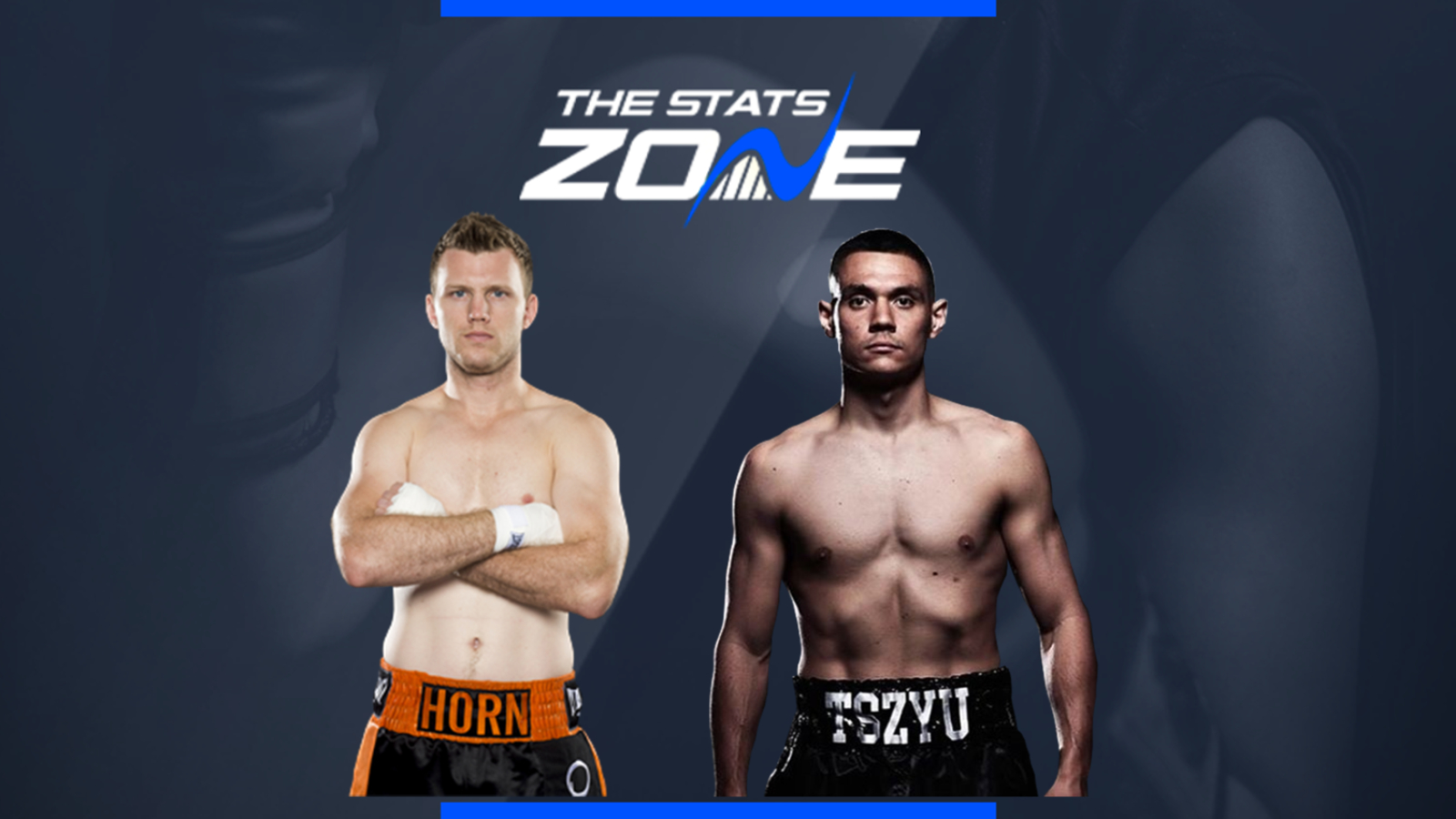 What TV channel is Jeff Horn vs Tim Tszyu on? Foxtel

Where can I stream Jeff Horn vs Tim Tszyu? Viewers in Australia can stream the fight via the Main Event website

Where can I get tickets for Jeff Horn vs Tim Tszyu?
https://www.boxingpackages.com.au/event/jeff-horn-v-tim-tszyu-tickets-packages/ 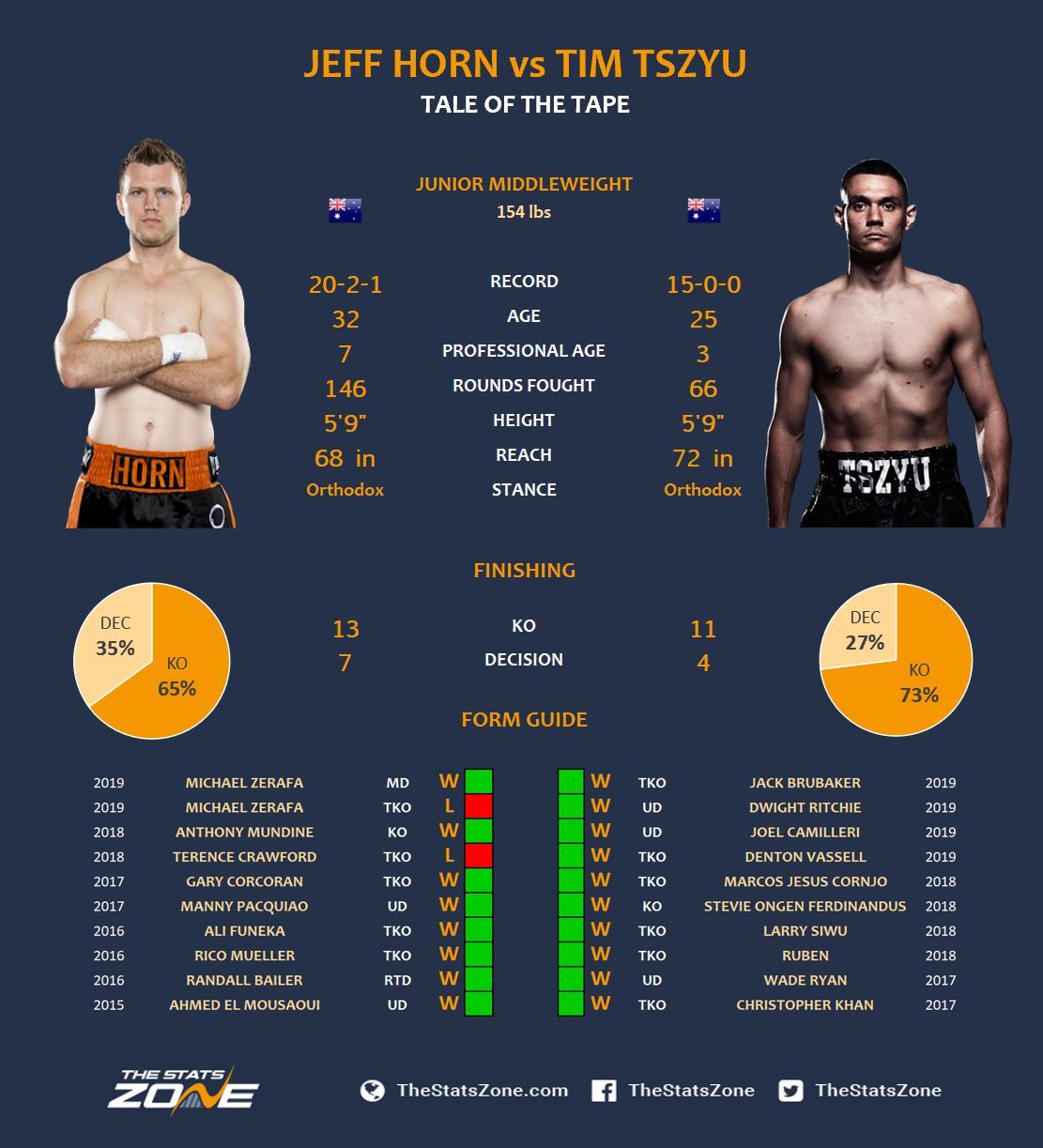 Horn is the biggest threat to Tszyu's unbeaten record to date. Tszyu has the speed and power to claim his biggest scalp and will back his cardio to threaten for the whole fight, especially as he requested this be a 12-round contest. However, Horn's wealth of experience with the likes of Manny Pacquiao and Terence Crawford will be crucial in managing the rounds and earning a decision.