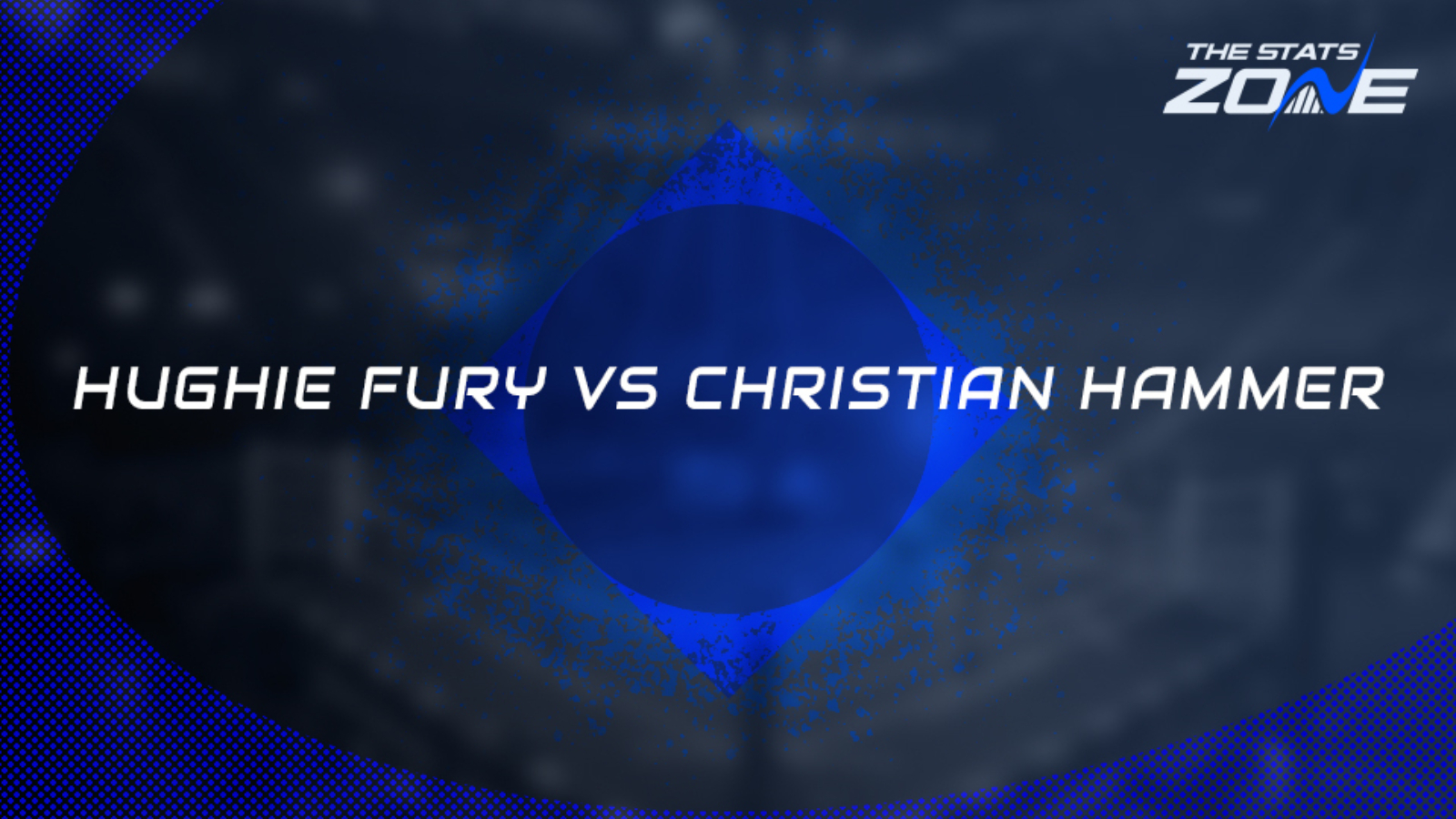 Where can I get tickets for Hughie Fury vs Christian Hammer? Visit this link for the latest ticket information

What channel is Hughie Fury vs Christian Hammer on? This fight will be shown live on Sky Sports Main Event and Arena

Where can I stream Hughie Fury vs Christian Hammer? This fight can be streamed live via Sky Go

Hughie Fury (25-3) has won his last two bouts after losing to Alexander Povetkin but it is almost a year since he last stepped into the ring so he will have to hope he is not rusty for this test. Fury watched his cousin Tyson produced a brilliant performance in his third bout with Deontay Wilder last week and will want to record another win for his family as he looks to climb the heavyweight rankings.

Christian Hammer (26-7) has suffered from a lack of consistency of late with just four wins from his last seven bouts. Those wins, aside from defeating 19-0 Michael Wallisch, have come against opponents with a combined record of 87-58-3 so this is a big step up in class and he will be desperate to produce the same level of performance that he managed in the win over Wallisch.

Christian Hammer has attempted to get under the skin of Hughie Fury ahead of their bout by poking fun at his ability, especially when compared to his more famous cousin. Tyson Fury was the talk of the boxing world last week but Hughie will look to use his cousin’s win over Deontay Wilder to his advantage rather than it being a distraction. Hammer could cause Fury some problems here but the Brit should be too good and he can make a statement of his own by stopping the German early which would be the fourth time he has suffered that fate in his career.