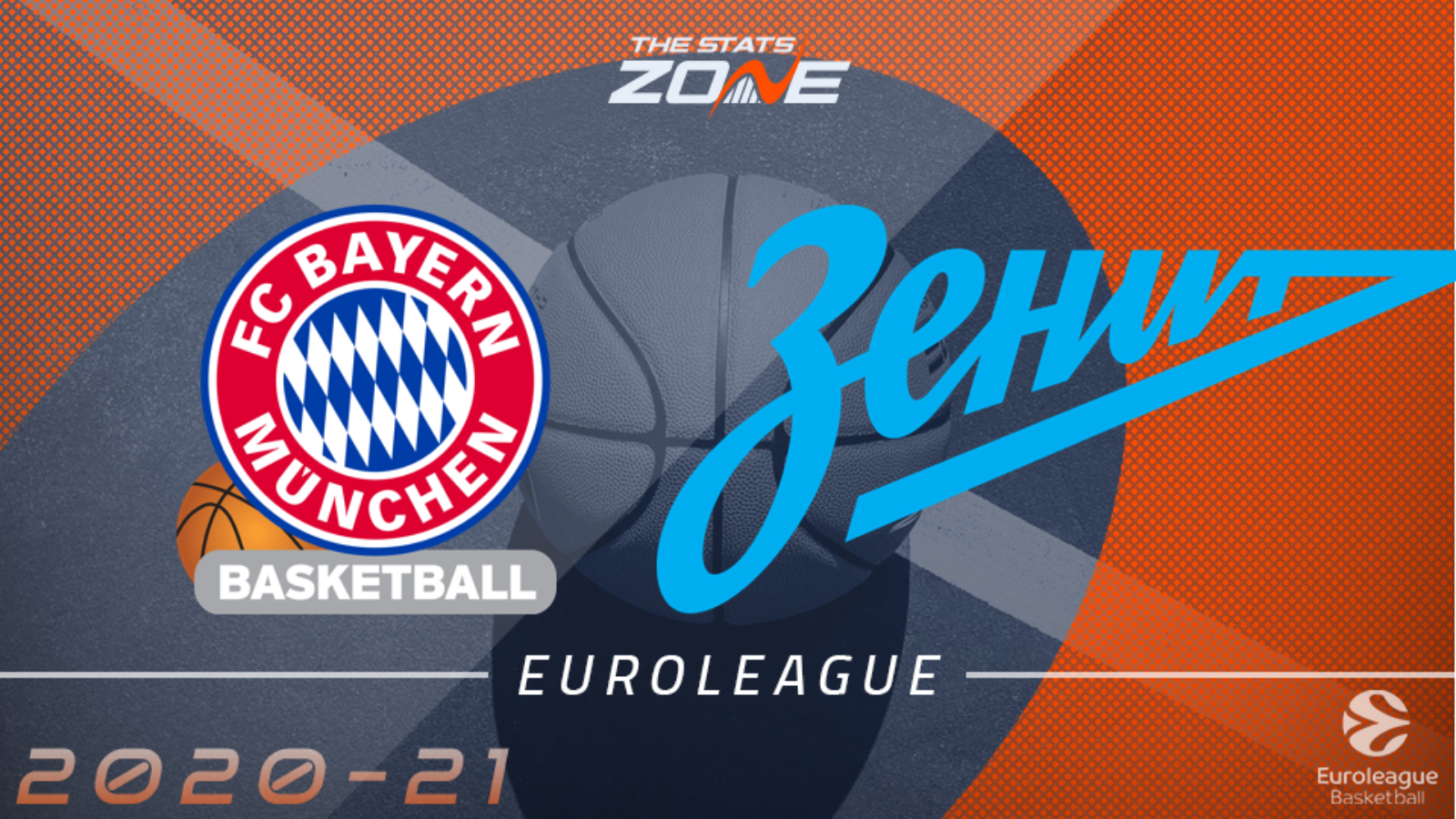 Where can I get tickets for FC Bayern Munich vs Zenit St Petersburg? Many EuroLeague games are being played without spectators but check here for any updates regarding tickets

What channel is FC Bayern Munich vs Zenit St Petersburg on? Some Eurosport games are televised live on Eurosport so it is worth checking their schedule

Where can I stream FC Bayern Munich vs Zenit St Petersburg? If the game is televised on Eurosport then this game can be streamed on Eurosport Player with a subscription. Alternatively, subscribers to EuroLeague TV can stream the game live

This should be a high-quality contest between Bayern Munich and Zenit St Petersburg with the two teams both winning 11 of their EuroLeague matches so far this campaign. The Russian side sit at 11-5 while the Germans are 11-7 with the away side performing more consistently of late. The hosts have lost three of their last five matches in this competition with one of those defeats coming against their opponents in this clash. Zenit on the other hand are in good form having won four of their last five and having already defeated Bayern of late, they will be confident of backing that up. However, Bayern have won their last four in succession on home court in this competition and they can respond in this one.