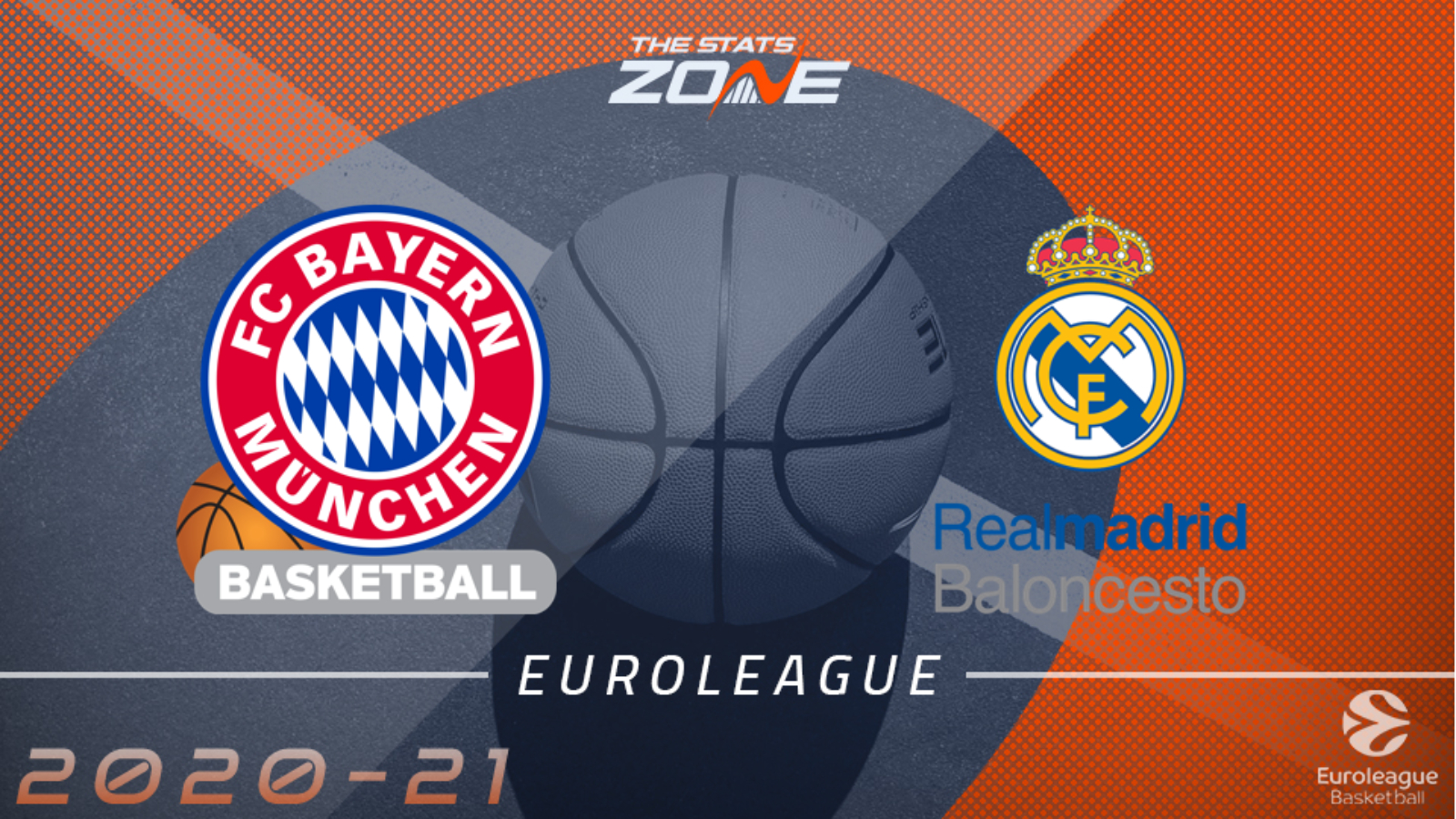 Where can I get tickets for FC Bayern Munich vs Real Madrid? Many EuroLeague games are being played without spectators but check here for any updates regarding tickets

What channel is FC Bayern Munich vs Real Madrid on? Some Eurosport games are televised live on Eurosport so it is worth checking their schedule

Where can I stream FC Bayern Munich vs Real Madrid? If the game is televised on Eurosport then this game can be streamed on Eurosport Player with a subscription. Alternatively, subscribers to EuroLeague TV can stream the game live

Bayern Munich and Real Madrid go head-to-head in an intriguing contest as the teams occupying fourth and third spot respectively in the EuroLeague go head-to-head. The pair have each won 12 matches so far this season but Real hold the narrow advantage having lost one fewer game, although their six-match winning streak in this competition was ended by Milan in their latest contest. On the other hand, Bayern bounced back from their loss to Olympiacos by defeating Zenit St Petersburg and having won their last five EuroLeague matches on home court, they look a solid pick on the spread with the benefit of a +4.5 start.