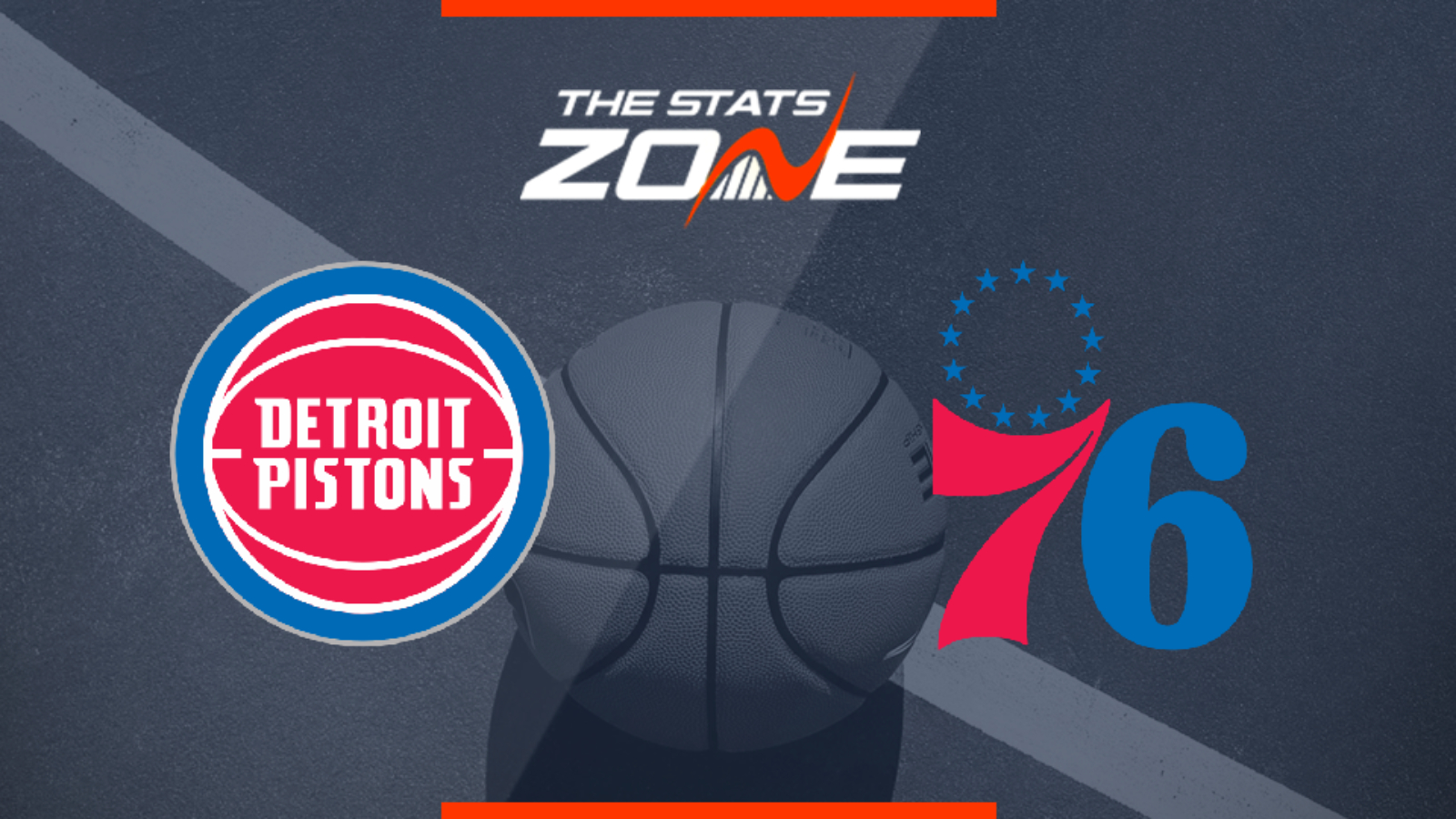 Where can I stream Detroit Pistons @ Philadelphia 76ers? If the game is televised on Sky Sports, subscribers will be able to stream the match live via Sky Go / NBA League Pass subscribers can stream every game live on the online service, NBC Sports App, Fox Sports GO

Where can I get tickets for Detroit Pistons @ Philadelphia 76ers? https://nbatickets.nba.com/

What was the outcome in the last meeting? Detroit Pistons 109 – 125 Philadelphia 76ers

Detroit and Philadelphia have both been hampered by injuries over the last few weeks but the Sixers should still be able to secure the win here. They have been the better side throughout the entire season, should start a better lineup, and also have the advantage of playing at home. For what it's worth, Philadelphia are 28-2 at home this season – the best record in the Eastern Conference – while the Pistons are 9-23 on the road.