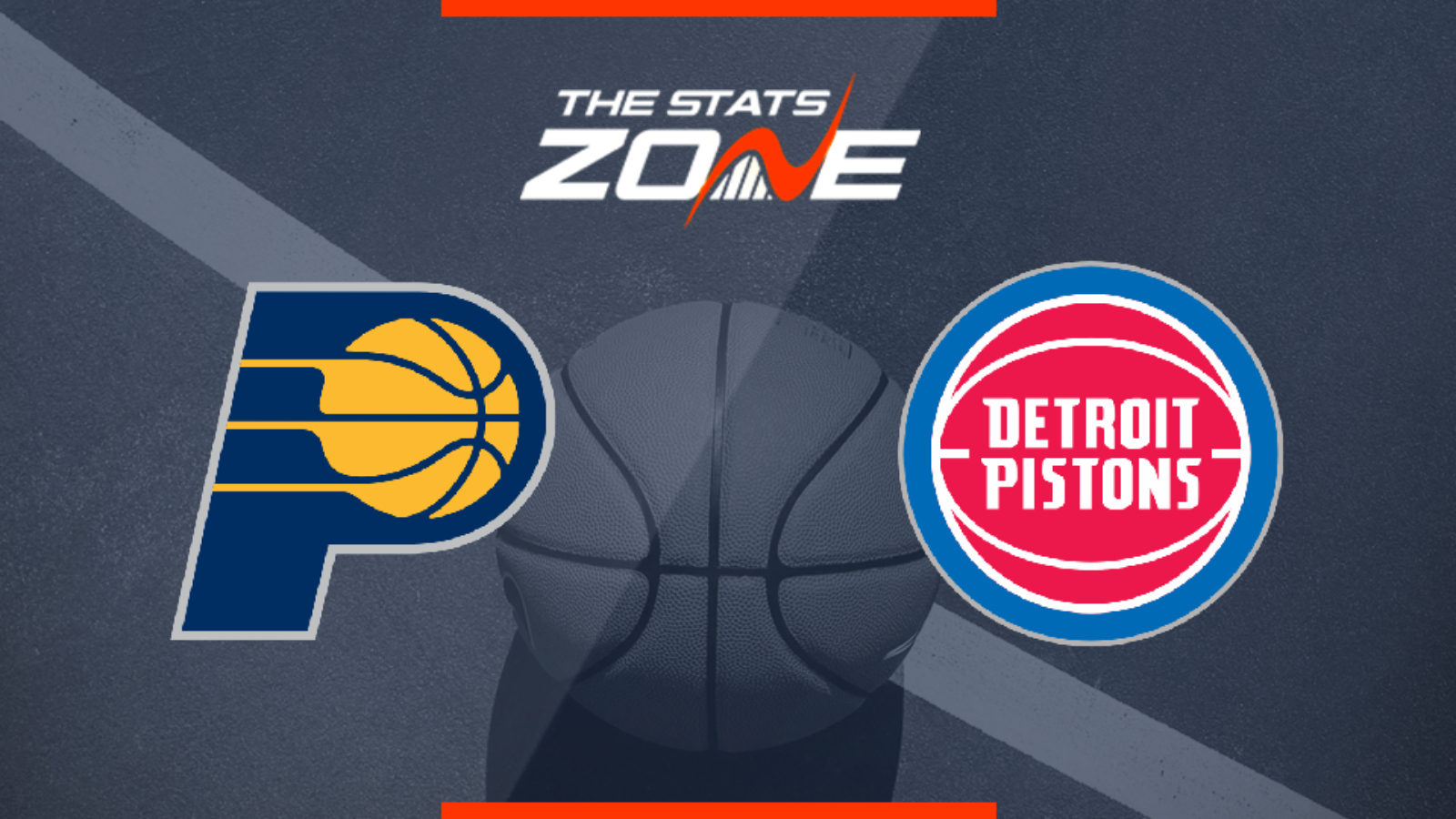 What television channel is Detroit Pistons @ Indiana Pacers on? This match will not be televised live in the UK

Where can I stream Detroit Pistons @ Indiana Pacers? If the game is televised on Sky Sports, subscribers will be able to stream the match live via Sky Go / NBA League Pass subscribers can stream every game live on the online service

Where can I get tickets for Detroit Pistons @ Indiana Pacers? https://nbatickets.nba.com/

What was the outcome in the last meeting? Detroit Pistons 89 – 108 Indiana Pacers

This game should be quite close since both sides are evenly matched. Indiana have the advantage of playing at home, but the Pistons have more experience and their starters have been playing together for a longer period. Expect Detroit to have a slight edge in this season-opening contest.