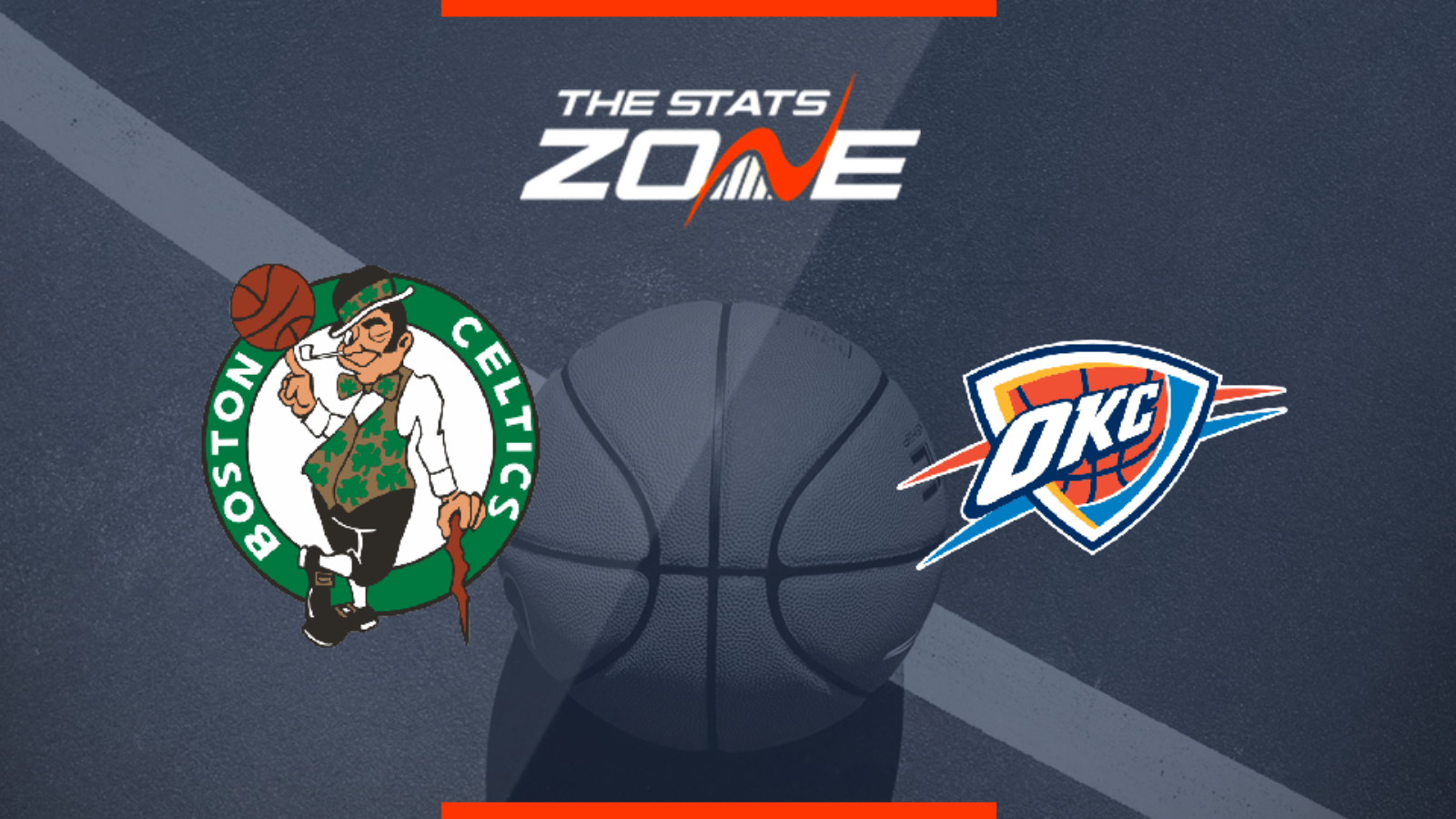 Where can I stream Boston Celtics @ Oklahoma City Thunder? If the game is televised on Sky Sports, subscribers will be able to stream the match live via Sky Go / NBA League Pass subscribers can stream every game live on the online service, Fox Sports GO, NBC Sports App

Where can I get tickets for Boston Celtics @ Oklahoma City Thunder? https://nbatickets.nba.com/

What was the outcome in the last meeting? Boston Celtics 134 – 129 Oklahoma City Thunder

Undoubtedly, these have been two of the league’s hottest teams over the last few weeks. The Celtics are riding a longer winning streak, but the Thunder are at home where they have gone 4-1 during their last five contests. If we compare both squads, however, then it’s clear the Celtics should get an edge both on the personnel and the recent form. Plus, Boston have won their last four matches against the Thunder. That should be enough to list them as favourites, although it’s clear this is going to be a back-and-forth game. For what it is worth, only one of those four games have seen over 200.5 total points scored.