Super Bowl LI ended with an unbelievable win for the New England Patriots as they completed a record-breaking comeback victory over Atlanta Falcons in Houston last night. The Patriots were 25 points down in the 3rd quarter but managed to tie the game and take a Super Bowl to overtime for the first time ever. The Patriots were brilliant for the majority of the season but most importantly, produced when it mattered in the play-offs.

Back in week 13 of the NFL season, the Dallas Cowboys became the first team to qualify for the play-offs and a lot of experts and fans alike predicted that they could go all the way to the Super Bowl. Leading the way for them was the rookie backfield duo, quarterback (QB) Dak Prescott and running back (RB) Ezekiel Elliott.

However, despite heading into the play-offs as the NFC’s number one seed with a 13-3 record – with a first round bye and home-field advantage to boot – the Cowboys came unstuck against the Green Bay Packers in their first play-off game. The Packers won an enthralling encounter with the last kick of the game with Mason Crosby’s field goal as time expired giving his side a 34-31 victory.

Although they were heavily fancied heading into the play-offs on the back of such an impressive regular season showing – particularly after such consistent performances from their backfield rookies – should we have foreseen the Cowboys’ early demise in the play-offs? TSZ takes a look back through the Super Bowl era. 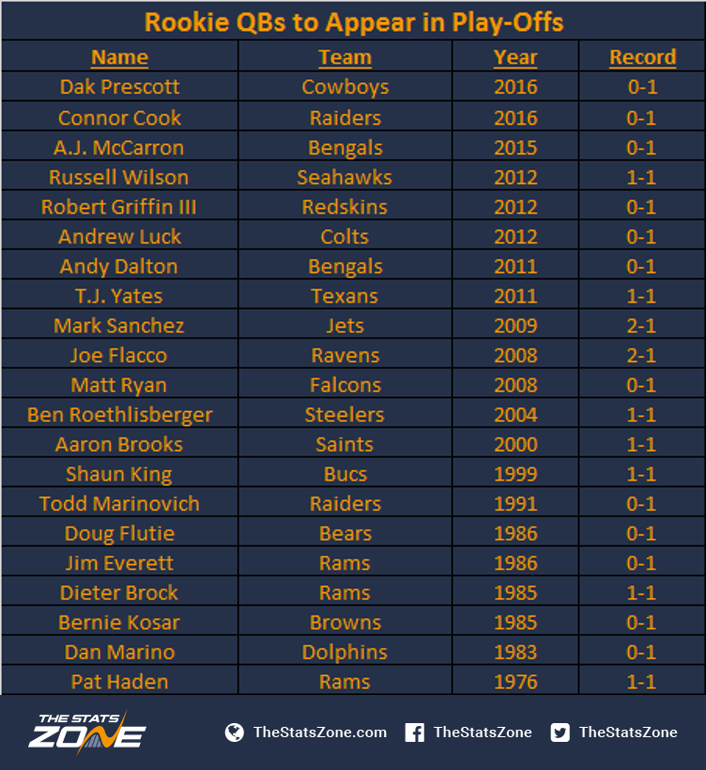 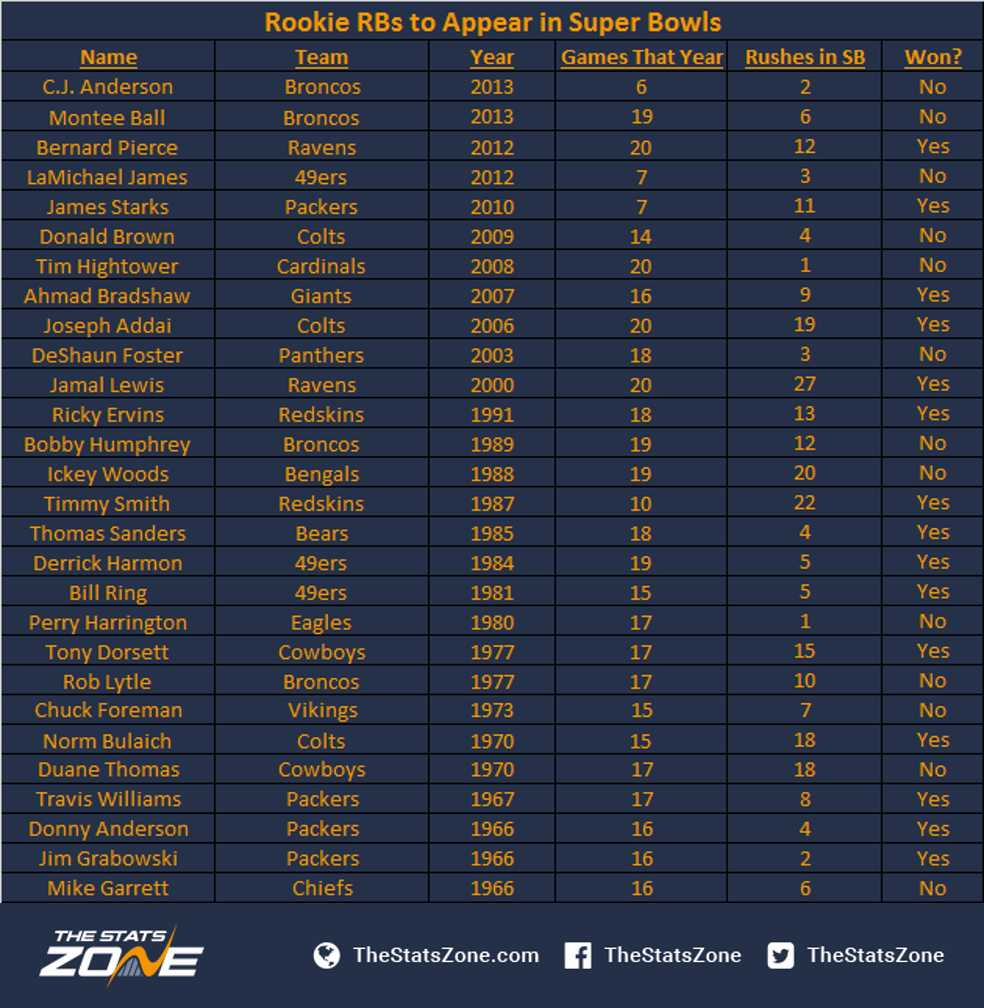 We trawled through the history books to check every single run that has occurred in a Super Bowl which culminated in the above list. We only included those officially classed as RBs so those rookies in other positions who may have taken a carry are excluded from the list.

As we can see, the rookie RBs have had much greater success compared to rookie QBs. Asking a rookie QB to lead a team to the play-offs has proven a difficult task, let alone making a Super Bowl or even winning it.

Whilst the combination of Prescott and Elliott played well in their only play-off game, history was against the Cowboys reaching the Super Bowl with the two rookies in the backfield, particularly with Prescott aiming to become the first rookie QB of all-time to reach a Super Bowl.

From 1966 to 1998, there were only seven rookie QBs to even make the play-offs but from 1999 to the current season, 14 rookie QBs have achieved the same feat. The trend of rookie QBs making the play-offs is on the rise – surely it can’t be too much longer until a 51-year-old record is broken and we see a rookie play-caller run out at a Super Bowl?