Who could win the Natwest T20 blast this summer?

Lancashire became the ninth different county to win the English Twenty20 cricket tournament at the end of the 2015 season. No team has yet to retain the crown since the inception of the tournament in 2003 and so it seems the previous season’s performance may not be a good indicator of who’s going to win the following year. However that doesn’t stop us looking at the numbers and seeing which county is your best chance to catch the most entertainment! In this piece we will look at the aggregate (the combined total of both teams) runs and wickets in each counties' home matches and compare the North and South divisions.

But first the bigger picture: the T20 competition (currently the Natwest T20 Blast) consists of two leagues of nine teams battling it out to represent their half of the country in the knockout stages. In the 13 years the tournament has been held, it has been won by a team from the South on seven occasions (53%) with the North taking home the trophy the remaining six times (47%). Leicestershire are the competitions most successful side having won it on three occasions whilst Hampshire are the only other side to have won it more than once with two victories. The remaining eight competitions have been won by different counties on one occasion. 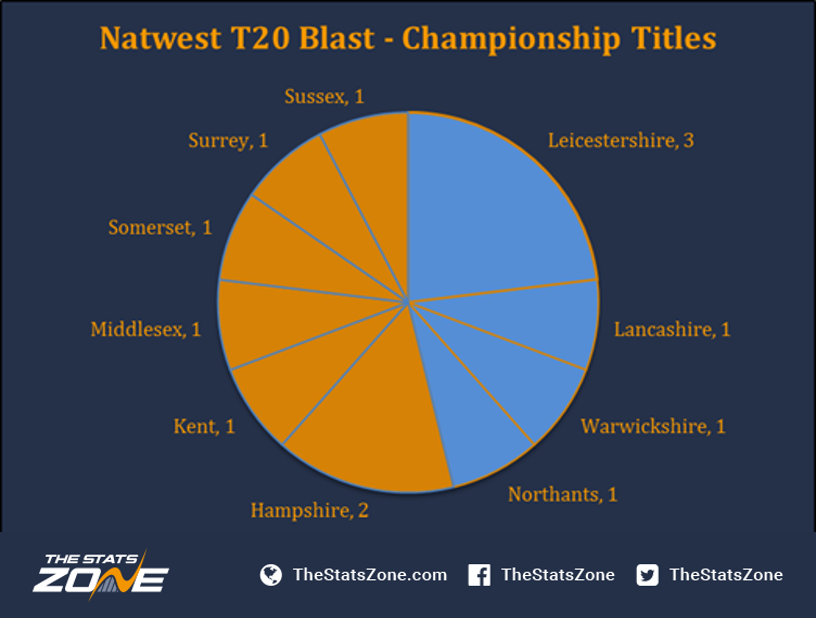 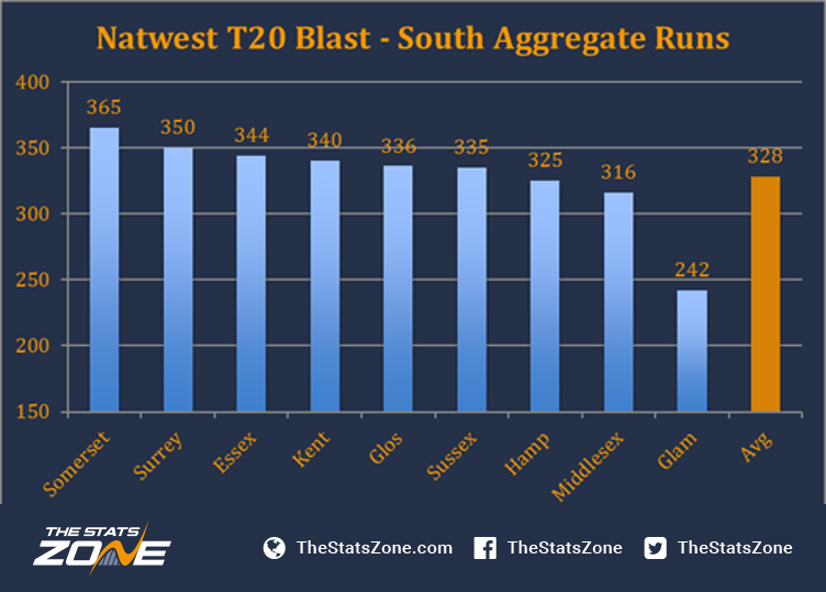 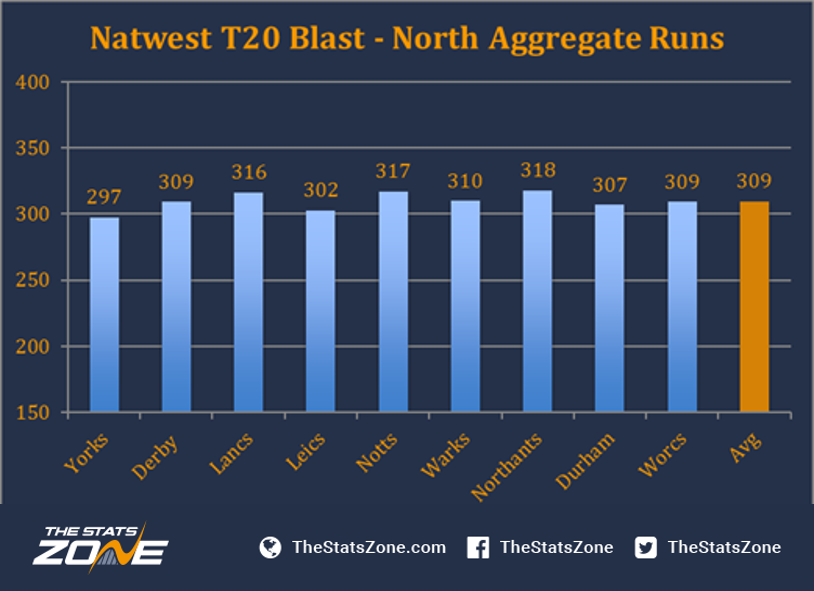 However, the game of cricket is not all about scoring runs, taking wickets is also a key element. And those who went to watch Essex play saw the most wickets tumble per game last year. On average 15.3 wickets went down per game, and for five consecutive games crowds saw at least one of the sides playing at Essex lose all 10 runs.

The North Division comes out on top in terms of average aggregate wickets to fall per game however, seeing 12.2 compared to 11.8 in the South division. Derbyshire was the best place to see wickets fall in the North of the country with an average of 14.4 per match. 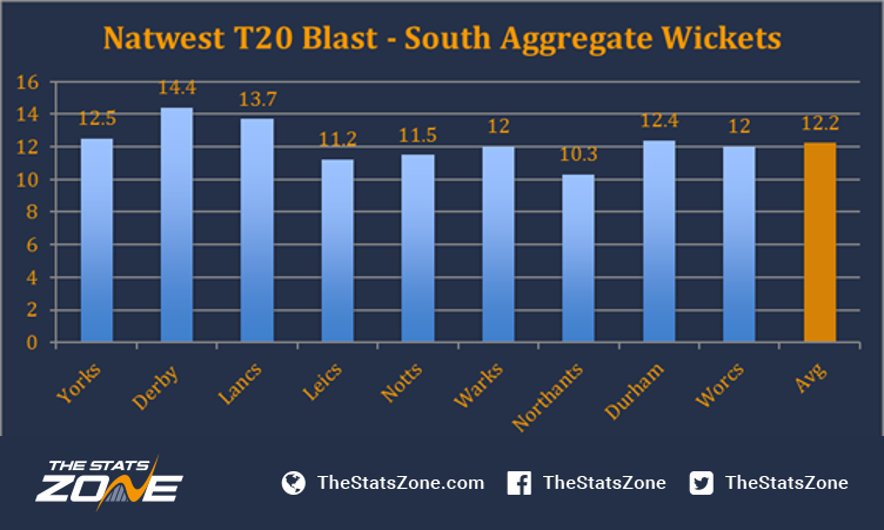 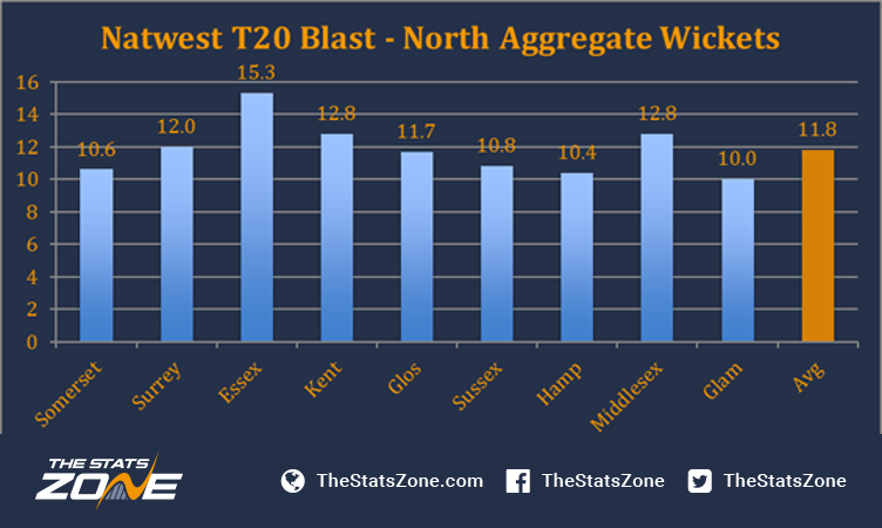 One statistic that simply cannot be ignored when looking at T20 cricket is the impact and entertainment that Chris Gayle brought to the tournament last summer. Somerset fans will be rubbing their hands with glee knowing that Chris Gayle will be returning for six games this time round. Last year, Gayle topped the six hitting chart, with 29 sixes in just three innings! He averaged 328, due to being not out twice and top scoring with 158*, at a strike rate of 192.94. The fact Somerset will have Gayle for six games instead of three this year puts them as favourites for the South Division, but how they will fair once he departs is an entirely different proposition.