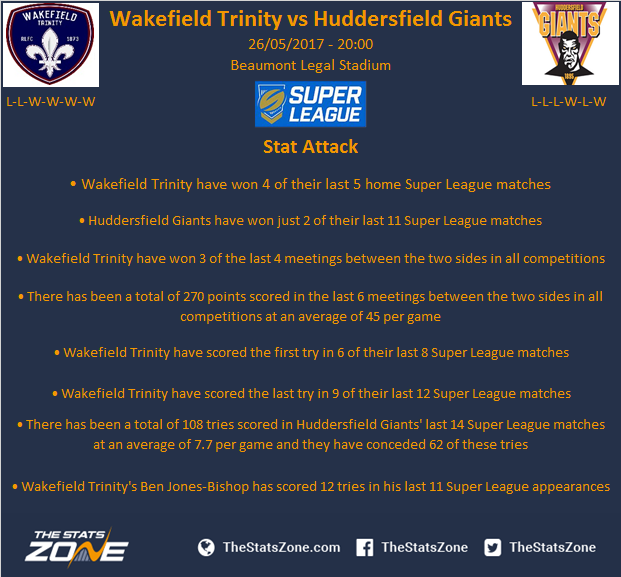 Analysis - what to expect
Before the start of the season, Wakefield were mooted as a side who would be lingering around 8th position with their final placing potentially going either way come round 23. However, they've started the season well and now have loftier ambitions as they sit just one place outside of the top 4. Huddersfield on the other hand have struggled once again this season but a win last week leaves them within touching distance of the top 8. The visitors need to improve upon that performance to get the better of their hosts in this game but Wakefield are likely to continue their good form and place pressure on those sides immediately above them.