Which of Football's Away Days is the Furthest?

Now that all promotion and relegation matters have been settled and the make-up of the leagues has been finalised for the 2016/17 football season, we have put together a list of all the travel distances for the top five tiers of English football.

The following tables show the distances that each team will travel to away matches in their division next season. All distances are shown in miles and we have also highlighted the teams that have been newly promoted (in green) or relegated (in red). 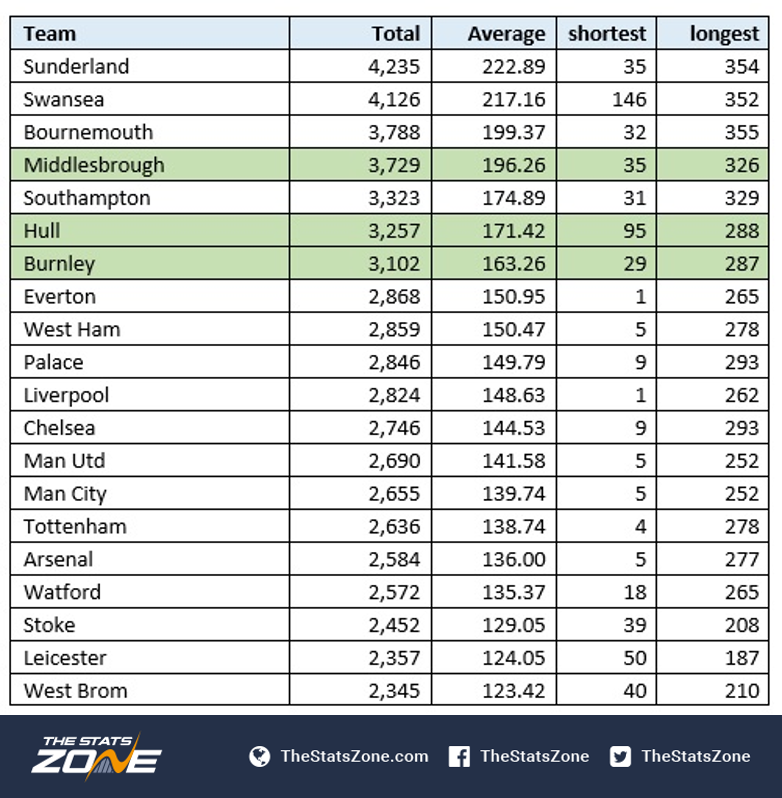 Although Sunderland top the table with the highest average away distance, Swansea are the most isolated team with their closest away game a lengthy 146 mile trip to West Brom. Not surprisingly, the shortest distance is between Liverpool and Everton whose grounds are famously separated by a short stroll through Stanley Park. The longest journey in the Premier league for the 2016/17 season is Bournemouth’s trip to Sunderland at 355 miles. 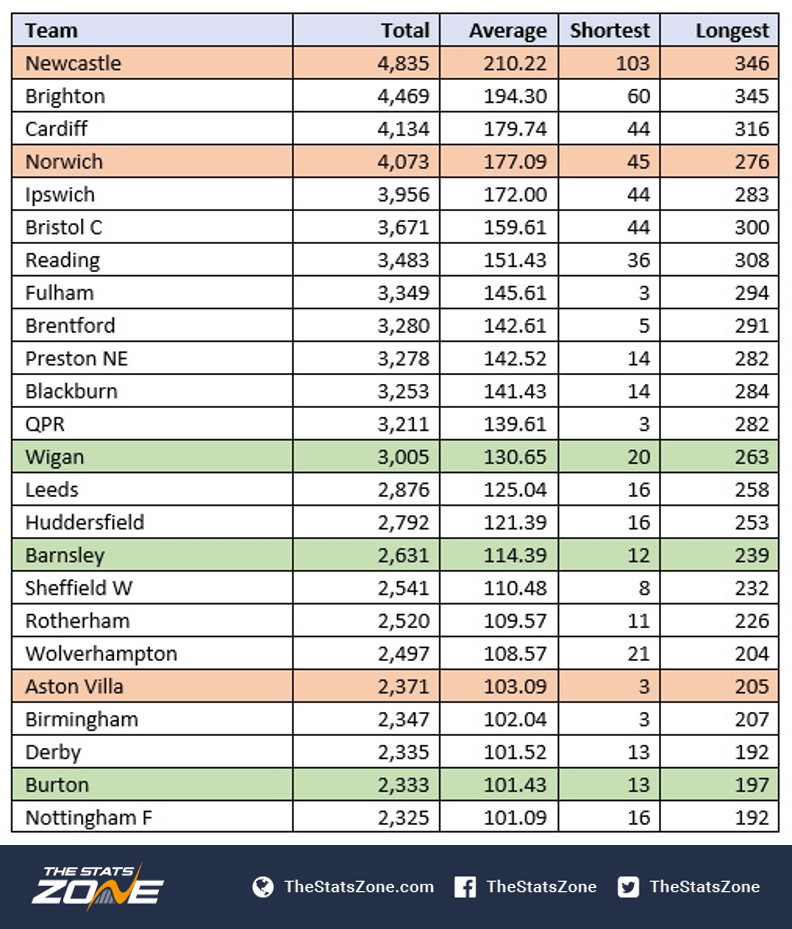 Newly relegated Newcastle go straight to the top of the distance table in the Championship and are the only team in the league not to have a sub 100 mile away trip. At the other end of the country, Brighton and Hove Albion are not far behind them on the average distance they will travel (60), but a couple of relatively short trips to the London clubs reduces their average. 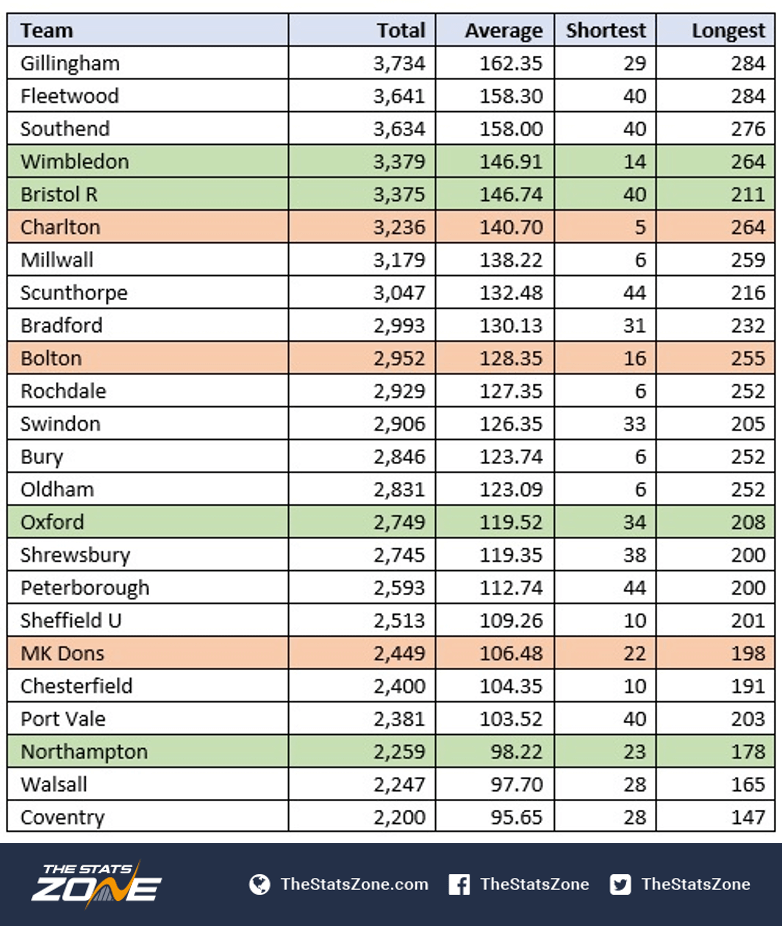 League One is a much closer affair (literally) with average distances varying much less between the teams. Gillingham top the table, but average away trips in this division are considerably less than all the other leagues. 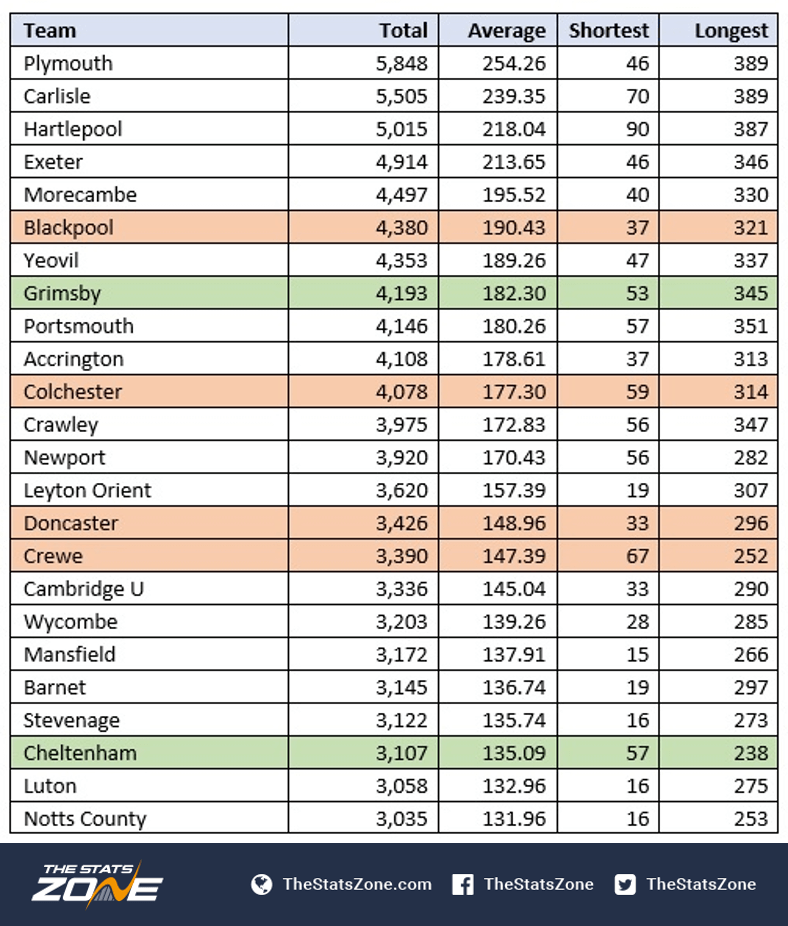 For the 2016/17 season, Plymouth to Carlisle is the longest away trip in English football (389 miles), so it is no surprise to see these two clubs at the top of the distance table. The shortest distance in the division is Mansfield’s 15 mile trip to Notts County. 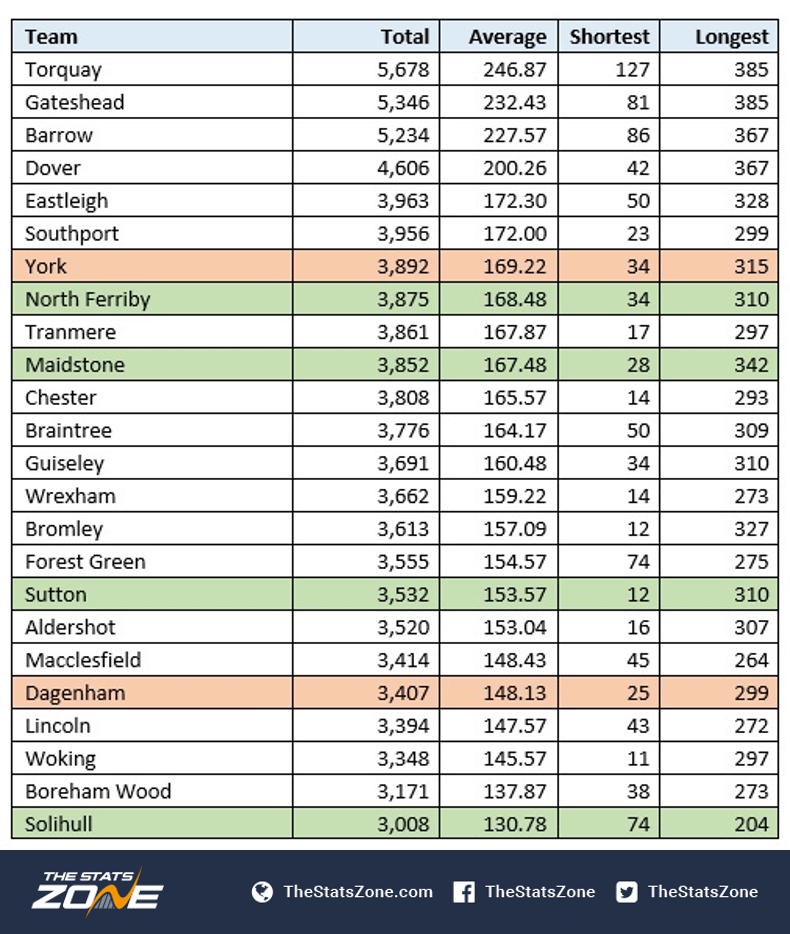 Torquay have the longest distance to travel in the league, not only do they have an average travel distance of nearly 250 miles but their shortest trip is a lengthy 127 mile trip to Forest Green Rovers.
Solihull Moors, newly promoted as champions of National League North, sit at the bottom of the table for average distance travelled; interestingly though, they don’t have any short away trips with their shortest also being a trip to Forest Green.

A quick comparison of all five leagues shows that League Two involves the most travelling for its clubs. There is a big disparity between League Two and League One in terms of the distance the clubs need to travel.

All distances in this article were calculated using the recommended travel routes according to the Google Maps Route Planner - so some shorter routes may exist.