The Format of Football

Ever wondered how the format of the leagues you follow compare with others across Europe? It may seem trivial on the face of it, but the structure can have a fair impact on the outcome of a league. The very first step we looked at was the basic structure of how the league is played. Most of them (40 of the 53 leagues - Liechtenstein is omitted here as they only have a cup competition with their teams participating in the Swiss leagues) follow a traditional format playing everybody twice, three or four times. Other competitions saw some kind of split during the season with fixtures changing based on the position in the league. 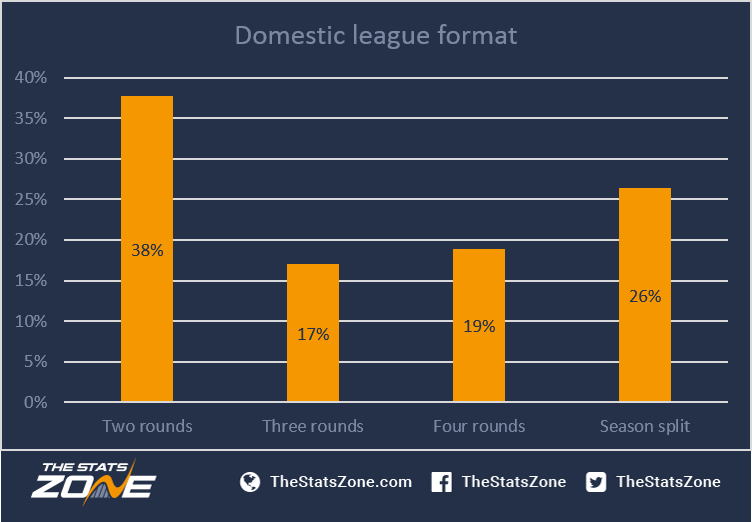 The fundamental reason for these different formats is to keep matches and seasons meaningful and to maximise interest for as long as possible. One could argue that more leagues dominated by one or two teams could benefit from such a format.

Moving forward, we looked at the criteria each of the 53 leagues apply when teams finish on the same number of points. Over half of them use Goal Difference like the English Premier League for example, while 14 of them revert to the head-to-head record between the teams in question. A handful of other leagues are a little more creative with some (Kazakhstan, Russia, Estonia & Hungary) counting the number of wins a team has, some (Ireland & Malta) using a play-off format, and others (Belgium & Poland) counting the number of points achieved prior to the league splitting. 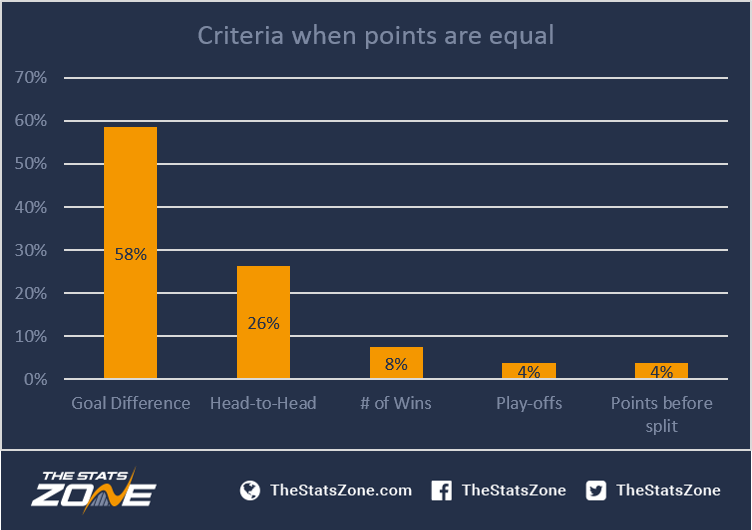 Looking at the bottom end of the table, we look at the different systems used for relegation. Automatic relegation was used exclusively in just over half of the competitions. 45% of them had a play-off with a second division club to decide one position. While Belgium and Montenegro have a play-out match between teams in the top flight to decide who goes down. if the play-off match in the English Championship is considered to be one of the biggest matches financially in world domestic football, one can only imagine how big a one-off play-out match between positions 17 and 18 in the Premier League would be. 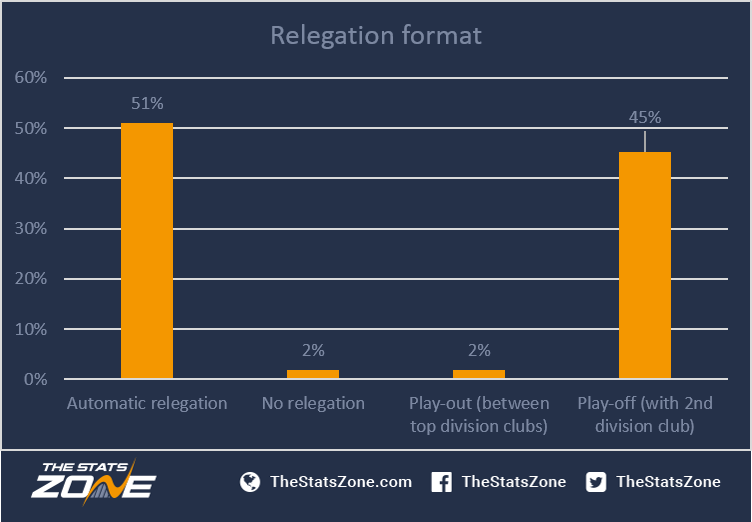 Looking into more detail at the play-off matches between a first division club and a second division club, we wanted to see which team fared better when it came to those games. Would the team with arguably greater quality but having endured tough season of results prevail, or would it be the second division team with the greater momentum but possibly weaker quality of players earn promotion? The top flight teams won on 13 occasions compared to 9 second division teams, while play-off matches did not occur in Croatia & Finland (due to licensing reasons) nor in Gibraltar where they increased the size of the league. 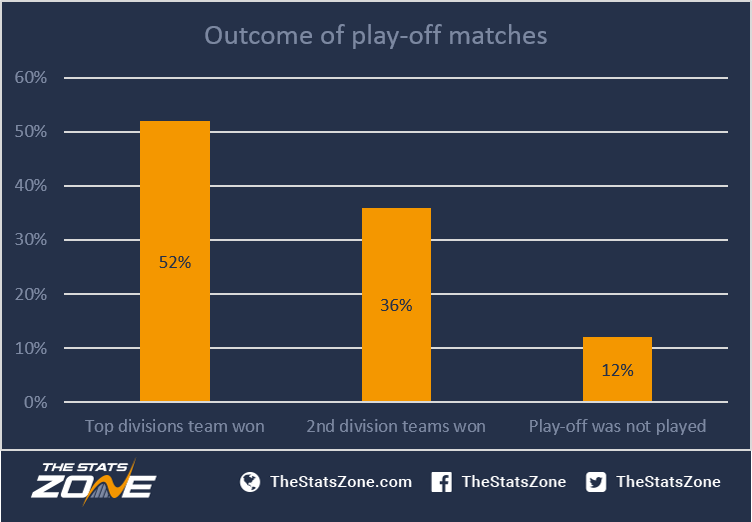 What format do you prefer? Would you increase or decrease the number of matches in the league you follow, or change the criteria for teams finishing on the same number of points? Should the matches between the two teams involved be the deciding factor rather than goal difference?