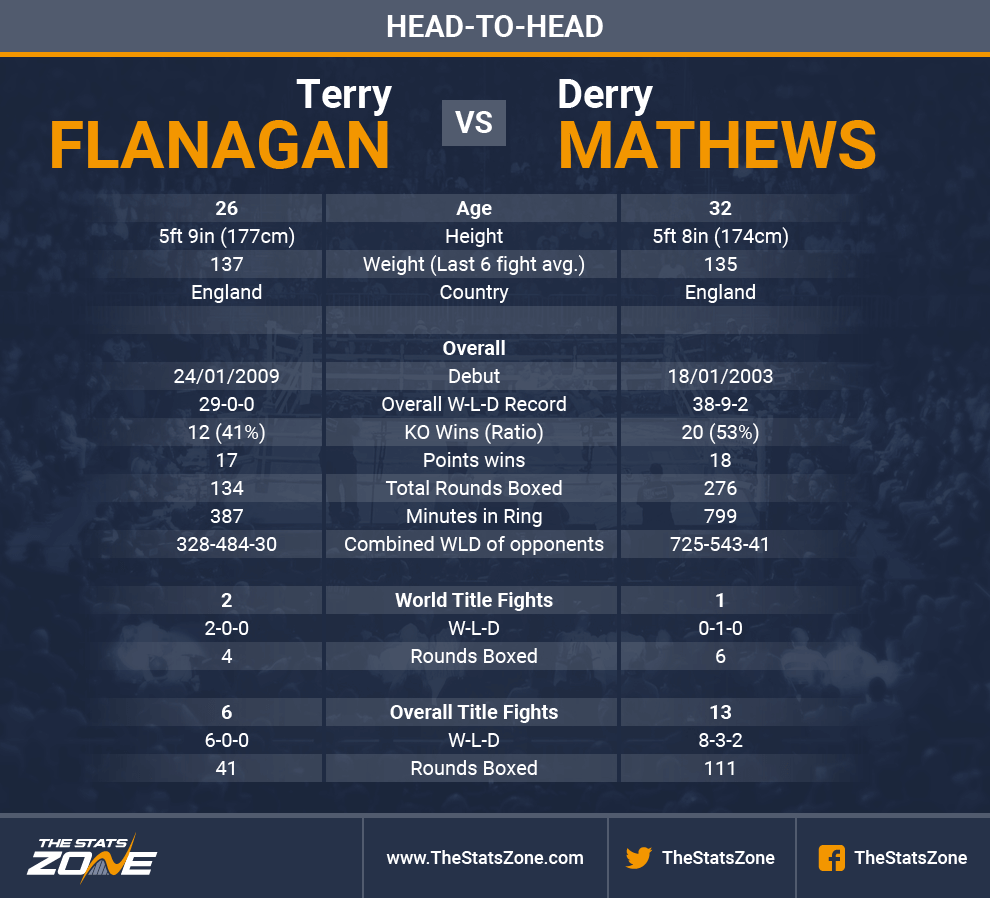 · WBO Lightweight title holder Terry Flanagan comes into the fight unbeaten with 29 wins from his 29 fights.

· Derry Mathews will be competing in his 50 pro fight and comes into the contest having won 38 of his 49 professional fights, with 9 defeats on his record.

· Flanagan is 6 years younger than Mathews and was just 13 when Mathews made his professional debut in January 2003.

· Flanagan and Mathews have faced each other before; this was back in 2012 when they were opponents in Prizefighter in a three round contest. On that occasion Flanagan won on points after forcing Mathews to take a count in the second round.

· Flanagan has fought 5 times in Liverpool previously and has won all 5 of those fights.

· More than half of Mathews wins (53%) have come by way of stoppage, Flanagan has won 41% of his fights by KO.