The Sun vs The Daily Mail – Who Got It Right In The January Transfer Window?

During the January transfer window, we scoured every Monday – Saturday edition of The Sun and The Daily Mail in order to compare their approach to transfer rumours. We chose these newspapers as they are the two most circulated dailies in the UK, thanks in no small part to their tendency to publish gossip, but how much can we read into the back pages?

Criteria
We would only mark down a rumour if there had been no quoted confirmation by either of the clubs involved. We will specify throughout the article where we have included all rumours (that includes duplicate mentions of the same rumour), or unique rumours (no duplicates). We focused solely on Premier League clubs, whether a player was rumoured to leave or join. Talk of summer transfers were ignored – we were only interested in players speculated to move in January

Here are our findings: 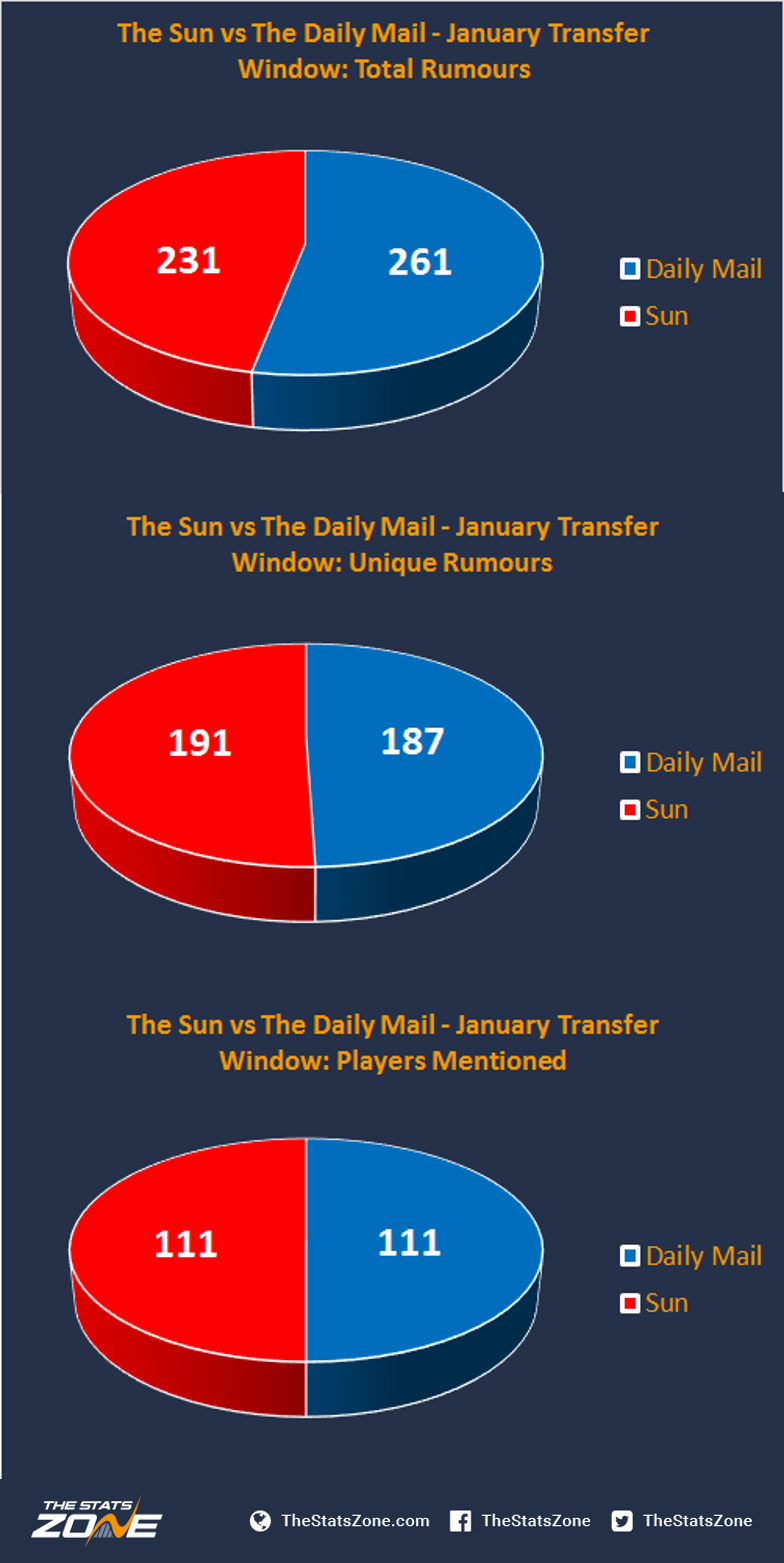 So printing rumours is all well and good, and helps to sell newspapers, but how many proved to be correct? 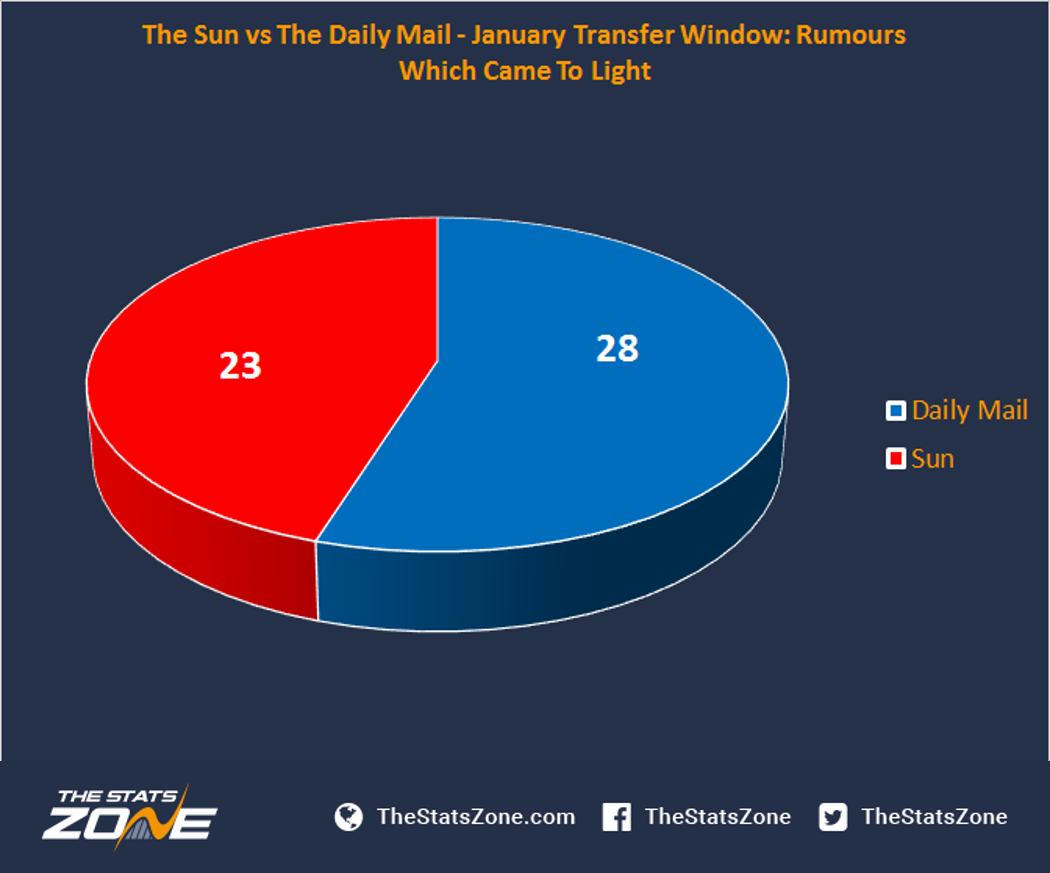 We now turn our attention to which of the two outlets reported certain deals the earliest. In terms of transfers that went through, there were 16 in total that both newspapers reported in common, before the event. Let’s see who got in there first: 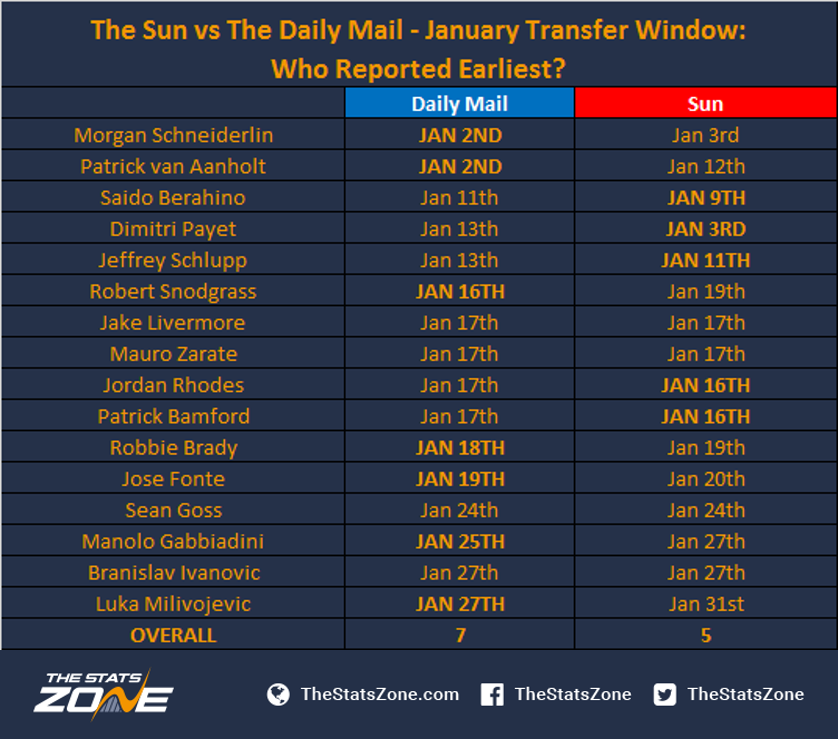 Are there certain days where there were likely to be more rumours reported? Let’s take a look: 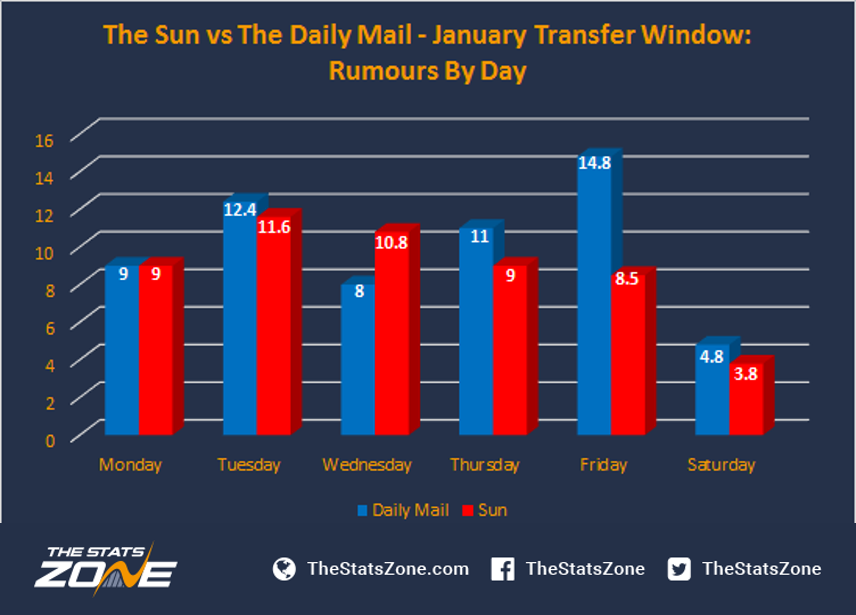 Next we look at what type of player is most commonly discussed in the rumour pages: 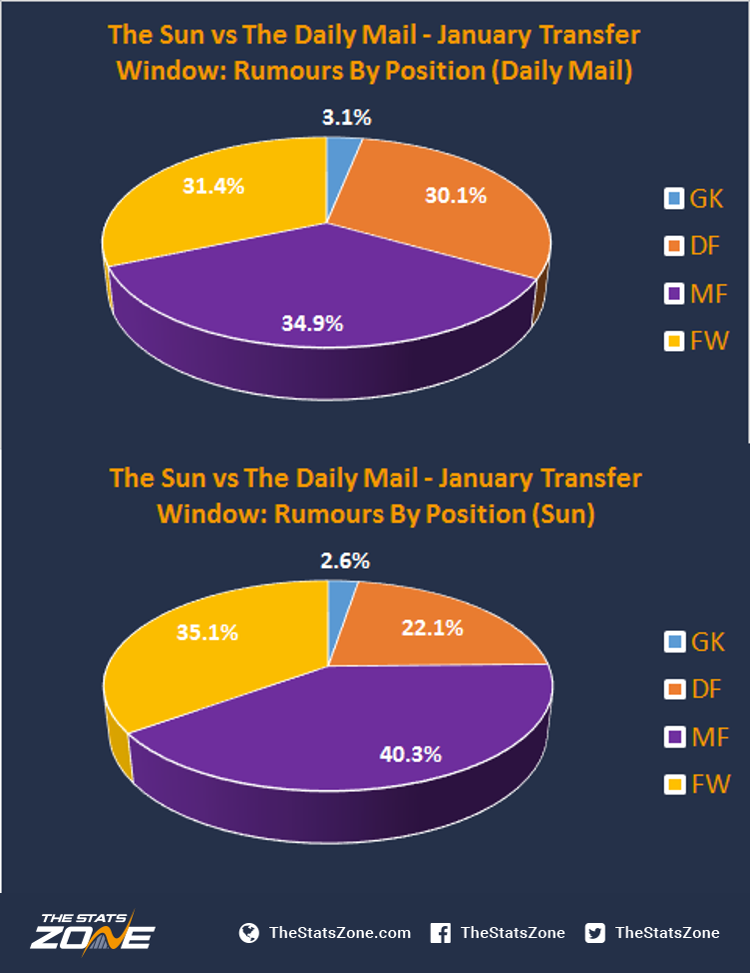 Which leagues were most discussed in the rumour pages? 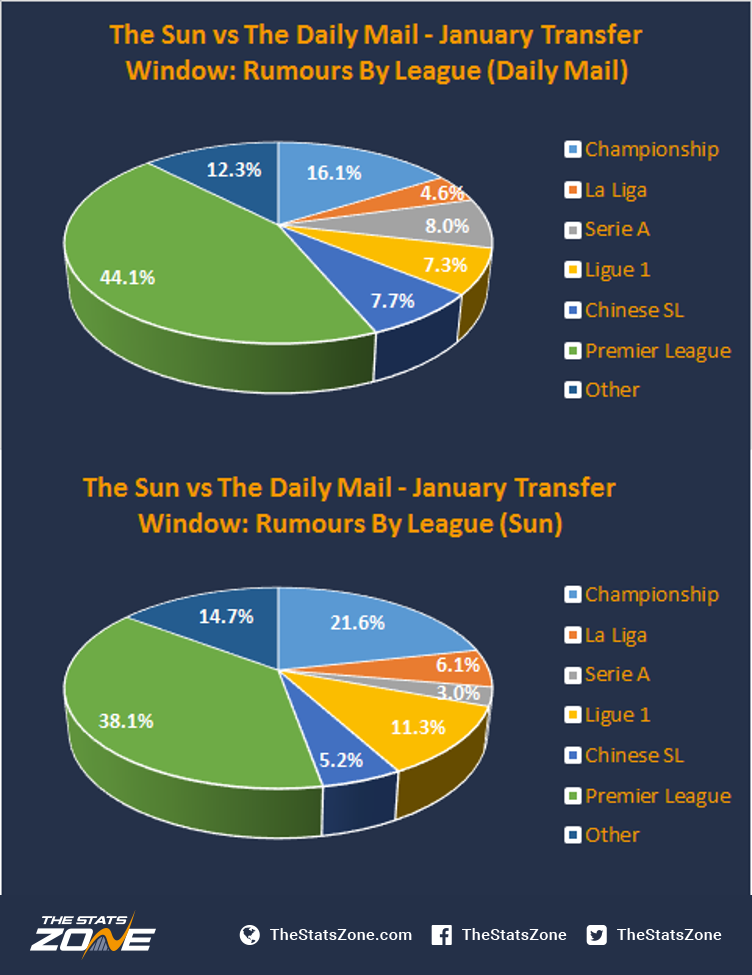 In summary, there isn’t a great deal of difference between the approaches both newspapers made to the January window – The Daily Mail publish slightly more rumours, whilst The Sun speculate on a wider range. It isn’t surprising to see so many players mentioned, as both are well known for publishing hearsay and adopting sensationalist headlines. With a rumour success rate of 15% (The Daily Mail) and 12% (The Sun), readers of these newspaper would do well not to get too excited when seeing big-names linked to their beloved clubs.