We’ll kick off by addressing two points. Firstly, this is not a criticism of the BBC’s excellent piece by Jonathan Jurejko. It’s an intriguing piece, with solid use of data to back up the text (and vice versa), and it is a pleasure to read about one of the less glamorous clubs and players receiving some of the limelight….even more so at the age of 34-years-old.

Secondly, the article caught the attention of this writer as a depressed RCD Mallorca fan. During a spell in the early 2000s, the club brought in a series of top class forwards with a knack for goals. Albert Luque, Samuel Eto’o, Walter Pandiani, Luis Garcia, Diego Tristan and Dani Guiza all had fairly successful spells at the club, and then Aduriz was brought in to replace Guiza. When he eventually departed for good money to Valencia after scoring 23 goals in 69 games, the failure to replace him saw the goals dry up notably, and that in turn saw them struggle and subsequently be relegated.

Putting any sentimentality aside (if you’re still reading!), the piece and use of stats intrigued us and sparked our imagination as to how data is used in articles. Taking the same data for the top six goalscorers in Spain, we could write very different pieces. 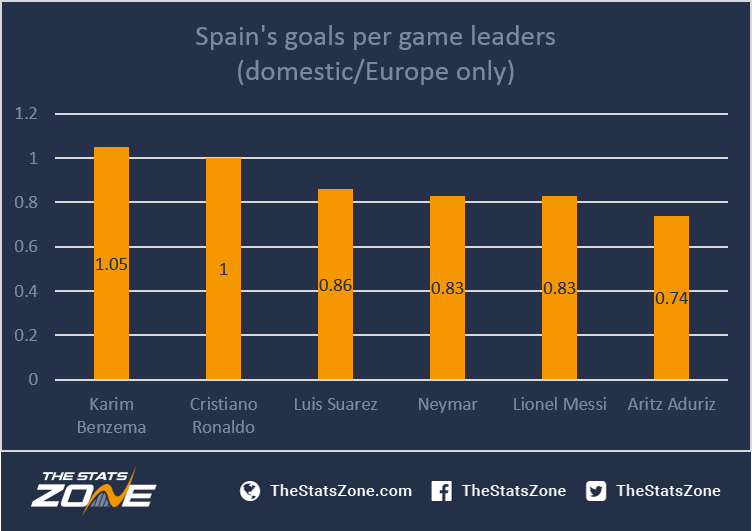 Cristiano dominates in Spain once again in race for Pichichi 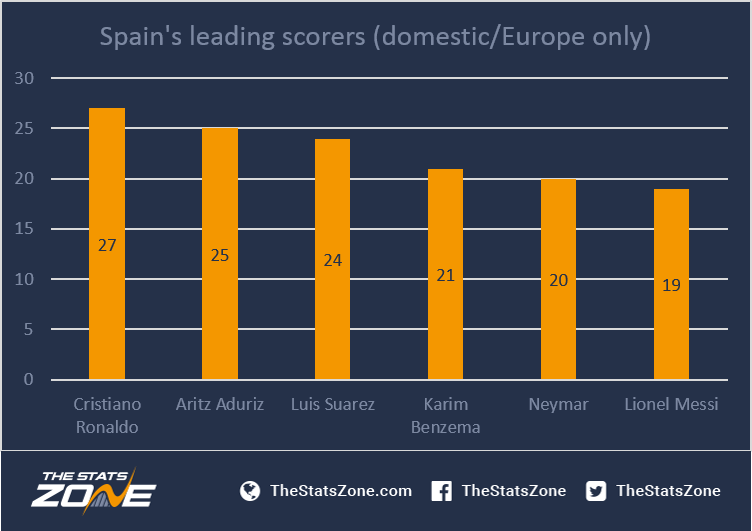 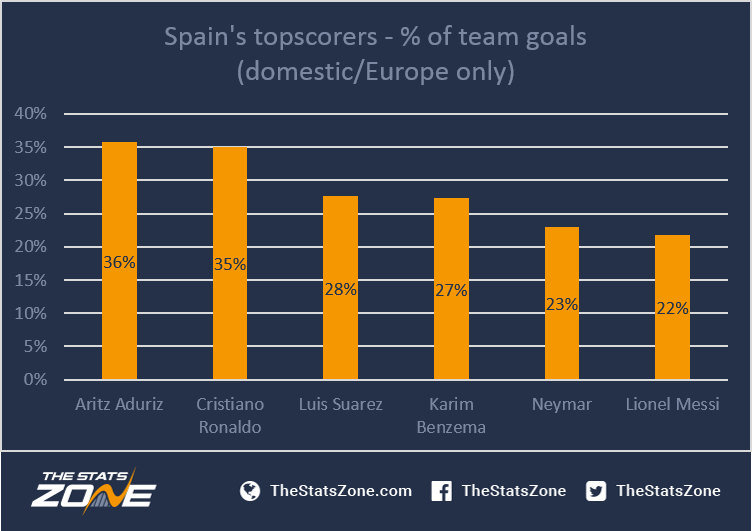 The BBC piece made us think how Aduriz plays for A. a lesser quality team than the other 5 players mentioned and just as importantly B. in a lower scoring team than the rest. Of course, you could argue that he does not have other players taking the chances away from him, but nevertheless, we'd be inclined to stress his importance to the team in percentage of goals scored for the team. In that statistic, he edges out Cristiano with an impressive 36%.

It doesn't make him a better player than the other five, but it is a different way of presenting the data, and of course putting a different spin on it. It is entirely feasible that this data could be slanted in any of the three angles to scribble an article. Understanding the angle is a different ball game. It is essentially what goes on every day in politics, but Spanish top goalscorers and my old favourite Aritz Aduriz are far more important than that.