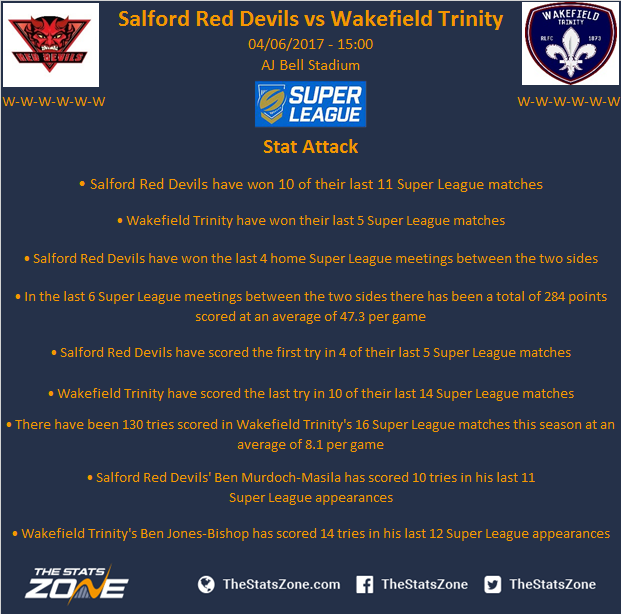 Analysis - what to expect
Two of the form sides in Super League meet in a game between this season's surprise packages. Salford have only failed to take the spoils in one of their last 11 Super League games whilst Wakefield have won their last five league games. A win here for Wakefield would see them consolidate their place in the top 4 but a win for Salford would see them keep the pressure on Castleford at the top of the table. Salford have been impressive during their run and it should continue here against a Wakefield side who may not be able to handle their growing injury list.