With just 15 games left of the 2015-16 Premier League season, we’ve updated our table over the last 61 games (this season and last), to take a further look at the numbers on a points per game basis.

The signs continue to be worrisome for likes of Aston Villa, Sunderland and Newcastle, although the gap with Norwich and Bournemouth has closed up. While relegation is unlikely to be a concern, the negative trend for Everton continues. After another disappointing home defeat to Swansea (they have not won at home in the league since November), their decline continues as they rank just 14th over the last 61 matches. 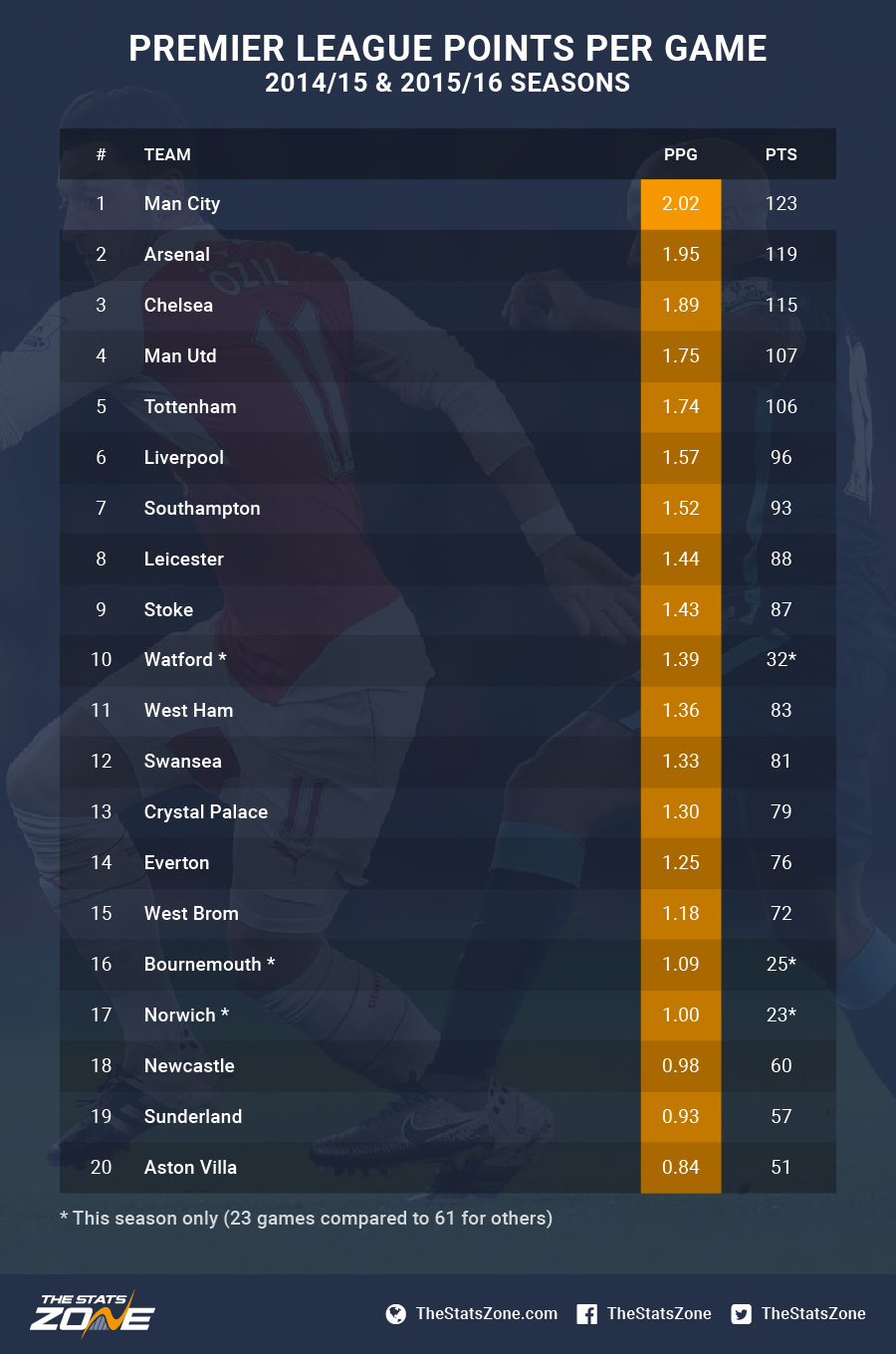 At the top of the real table, Leicester City are sitting pretty, and we wanted to take the analysis a step further to see just how long this form has existed. Taking a series of different timeframes, we look at their points per game average from the last two seasons to see whether the trend is positive as we would expect, and just how long they have been able to sustain these performance levels. 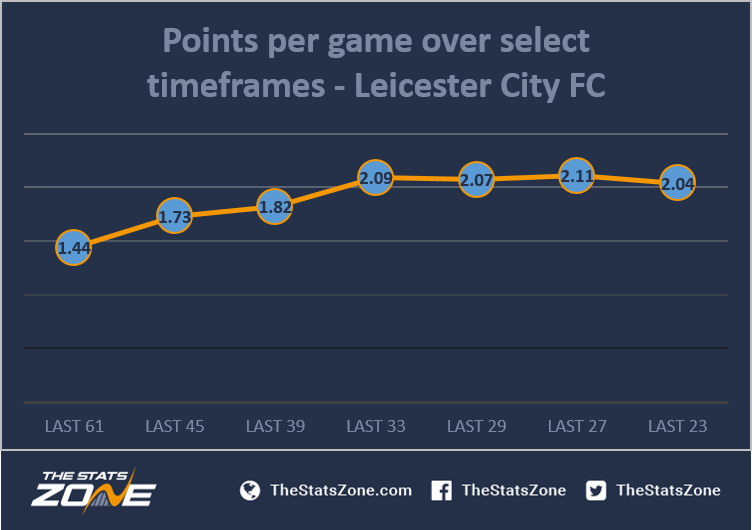 Over the last 33 matches, they have averaged over 2 points per game which if they can maintain this for the rest of the season, will surely see them finish in the top four. Even going back to the last 39 matches, they have averaged an extremely healthy 1.82 per game which would be 69 over a 38 game season, and give them a good chance of top four also. The omens are looking good for the Foxes.