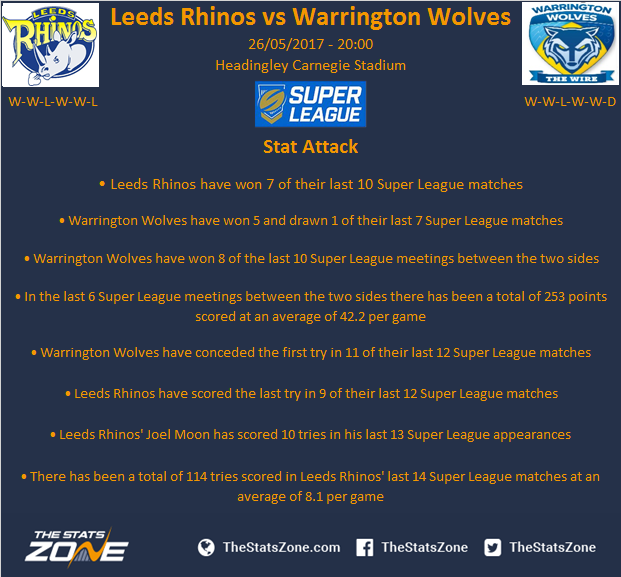 Analysis - what to expect
Both teams head into this game in decent form but after disappointing results at Magic Weekend, for different reasons. Leeds' poor second half performance cost them as they couldn't live with Castleford, whilst Warrington will be annoyed they couldn't hold on for both points against Wigan. Warrington have been the more dominant side in recent fixtures between the two but their away form has been poor this season and Leeds have been tough to beat at Headingley Carnegie, with that just being enough to give them the nod here.