Just How Bad Has Claudio Bravo Been This Season?

It is fair to say that Claudio Bravo’s first few months in British football haven’t gone as well as he’d hoped. The Chilean was handpicked in the summer to replace fan-favourite Joe Hart as incoming Manchester City manager Pep Guardiola favoured a different style of keeper. Despite making a winning start to life in the Premier League in the Manchester Derby, Bravo hardly endeared himself to the supporters; the keeper gifted Manchester United one goal, presented Ibrahimovic with another golden opportunity and perhaps should’ve been sent off for a tackle on Rooney after a clumsy touch. Bravo was brought in with the reputation of being a goalkeeper who was good with his feet but is now starting to earn himself a reputation of a keeper who struggles to stop shots; in Manchester City’s last match against Everton he faced four shots, all of which resulted in goals.

Here at TSZ, we have looked into the statistics surrounding the keeper’s performances so far this season and how he compares to others in both the Premier League and the top five leagues in Europe (the others being Spain, Germany, Italy and France). All data used is from www.foxsports.com but it must be stated that data varies slightly depending on the provider. Data is accurate as of 20/01/17 with only goalkeepers who have made at least 10 appearances considered.

First up, who are the top performing keepers in the Premier League? 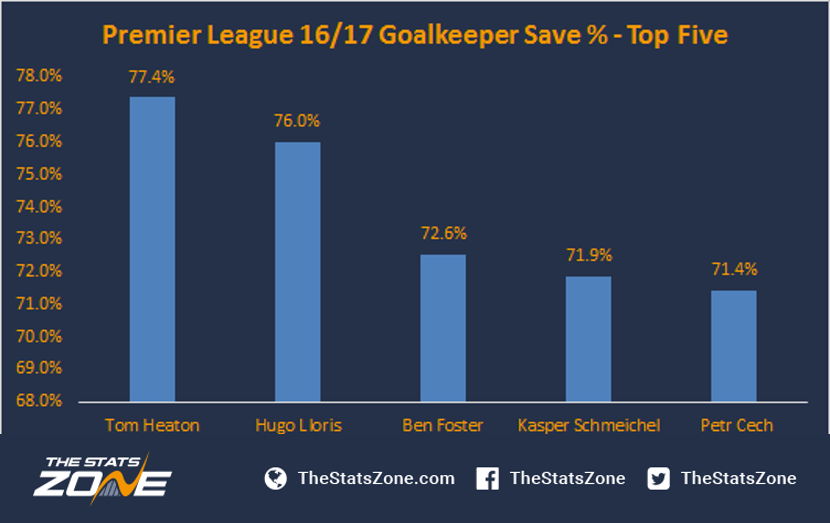 What about the bottom five in terms of save percentage? 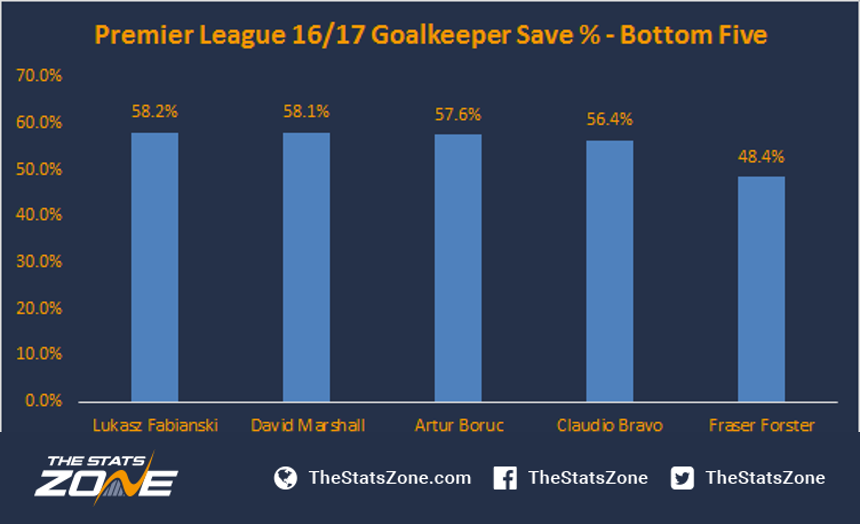 Let’s look wider afield. Now we will analyse the statistics for all goalkeepers in the top-five European leagues, providing they have made at least 10 appearances this season. Here are the top 20, with the rankings of Joe Hart and Claudio Bravo shown at the bottom: 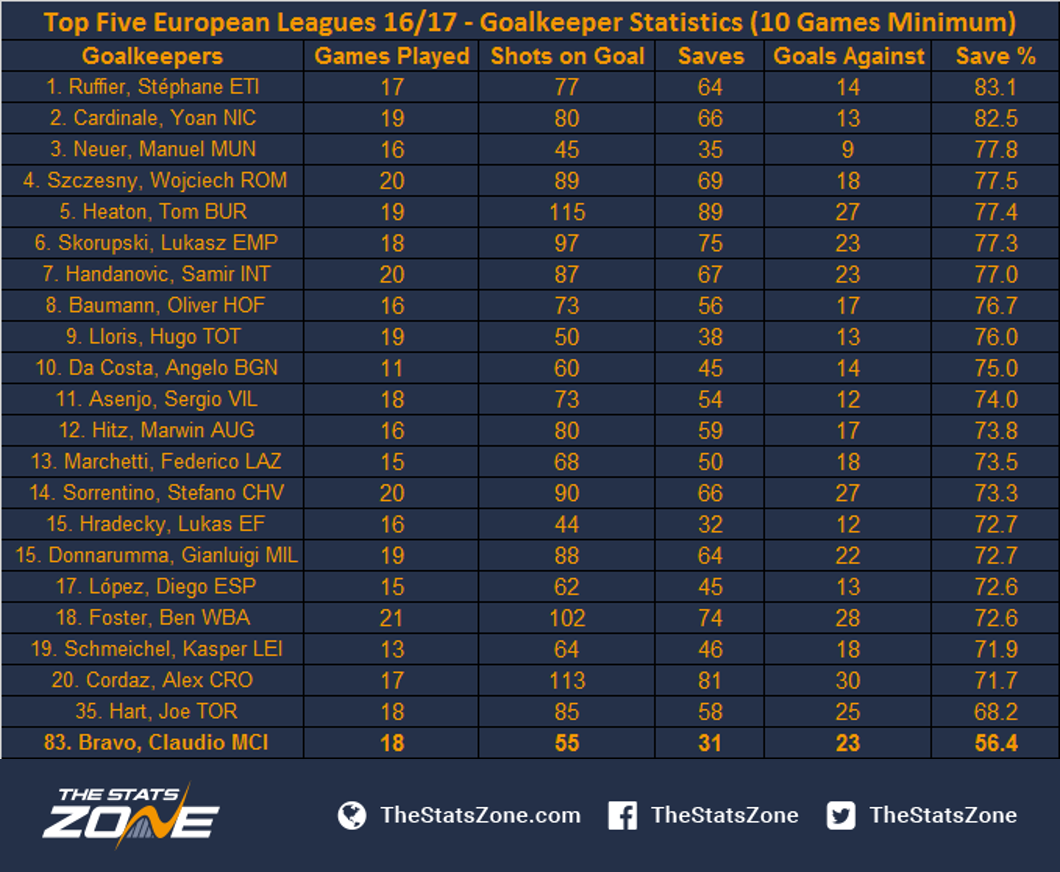 Manchester City fans may feel that if Joe Hart had been in goal this season, he may have been able to save a few more shots, which is surely the more significant mark of a great keeper than his ability to pass out from the back. Despite Bravo’s ability with his feet, he simply has not saved enough, and his ranking of 83out of 97 in terms of save percentage in the top five European leagues is a reflection of this. Pep Guardiola will hope his goalkeeper will improve in this area in the second half of the season, or come the summer he may be faced with a decision of whether to continue with an underperforming keeper that aids his philosophy or to buy another stopper who simply performs the basics better.