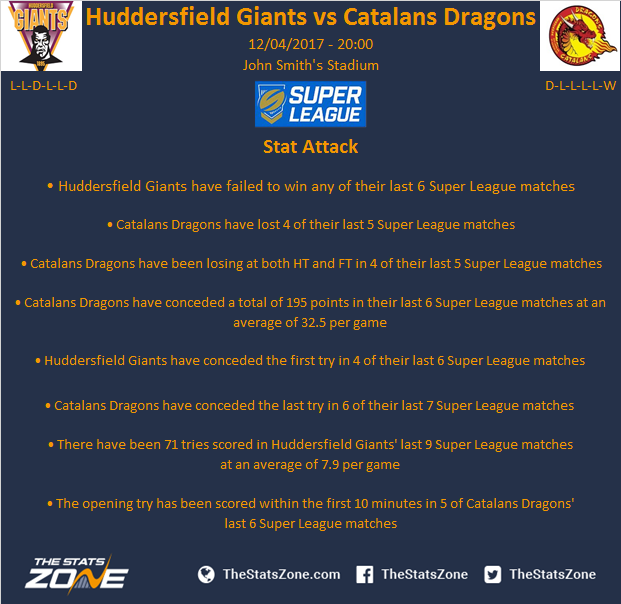 Analysis - what to expect
The Giants and the Dragons meet on a rare Wednesday night game which sees a short turnaround since the last game but will benefit them more on Monday having had more rest than other teams. Team news as well as home advantage will favour the Giants in what should be a high scoring game between these two. The Dragons have Gigot back pulling the strings, but this will be a tough ask for them if the Giants turn up and can build on last week.