How Successful Has Liverpool’s Academy Been In Producing Professional Footballers?

Liverpool is a football club steeped in history, and bringing talent through their youth ranks has long been woven into their fabric. Robbie Fowler, Steven Gerrard and Jamie Carragher spring to mind as obvious examples of players who have climbed the academy ranks to grace the Anfield crowds, but we want to delve deeper and see how successful their academy has been overall, and specifically since 2000. We recently published a similar article examining Everton’s academy success, but how do the Reds compare? How many academy recruits formed respectable Liverpool careers? And how many have gone onto further success with other teams? 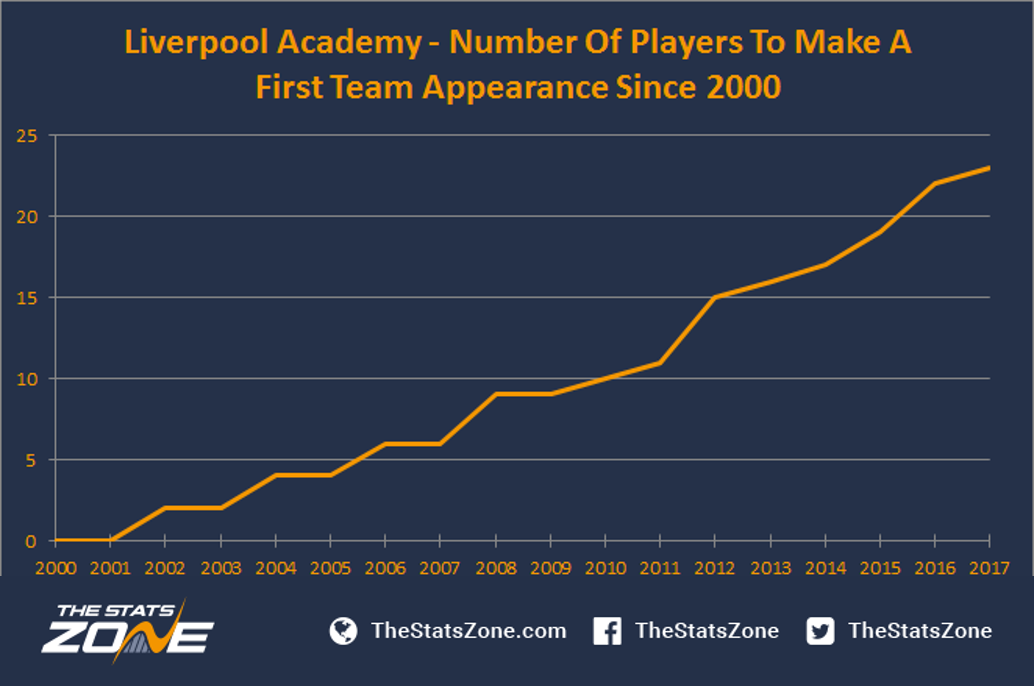 Liverpool have always prided themselves on attacking and exciting football, but how does this compare to the breakdown of positions amongst their academy graduates since 2000? 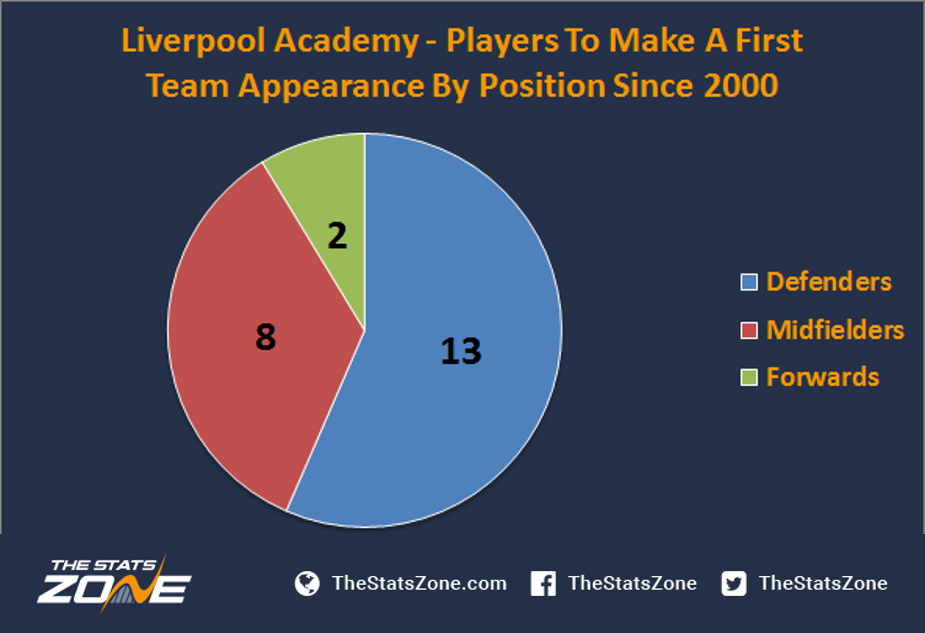 The trophy cabinet at Anfield is the envy of many clubs both domestically and around the world, but which competition has Liverpool favoured to blood their new talent? 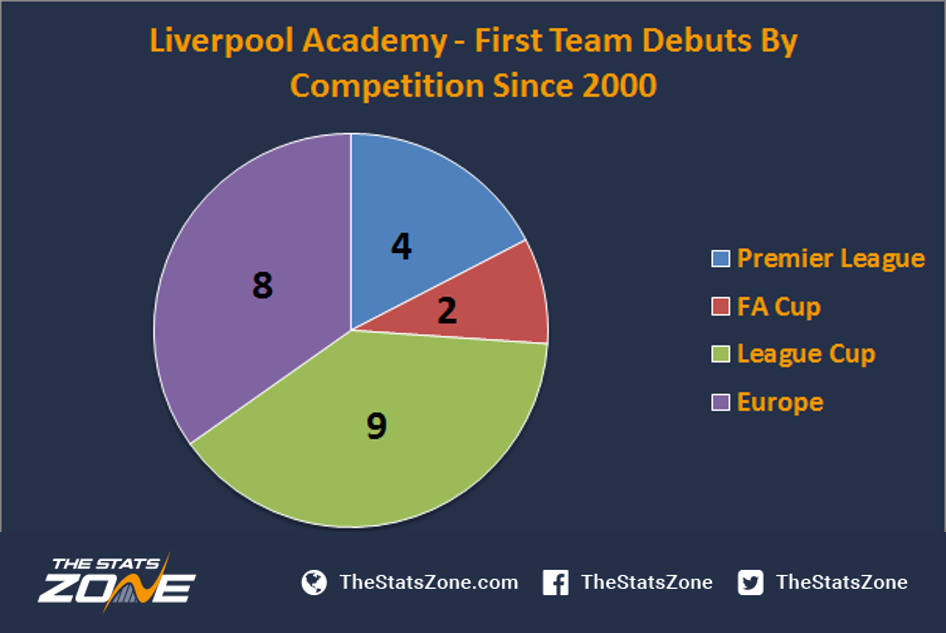 Unfortunately, not all academy players that make the breakthrough become club legends like Steven Gerrard or Jamie Carragher. So, how many academy players went on to play a significant number of times for Liverpool? 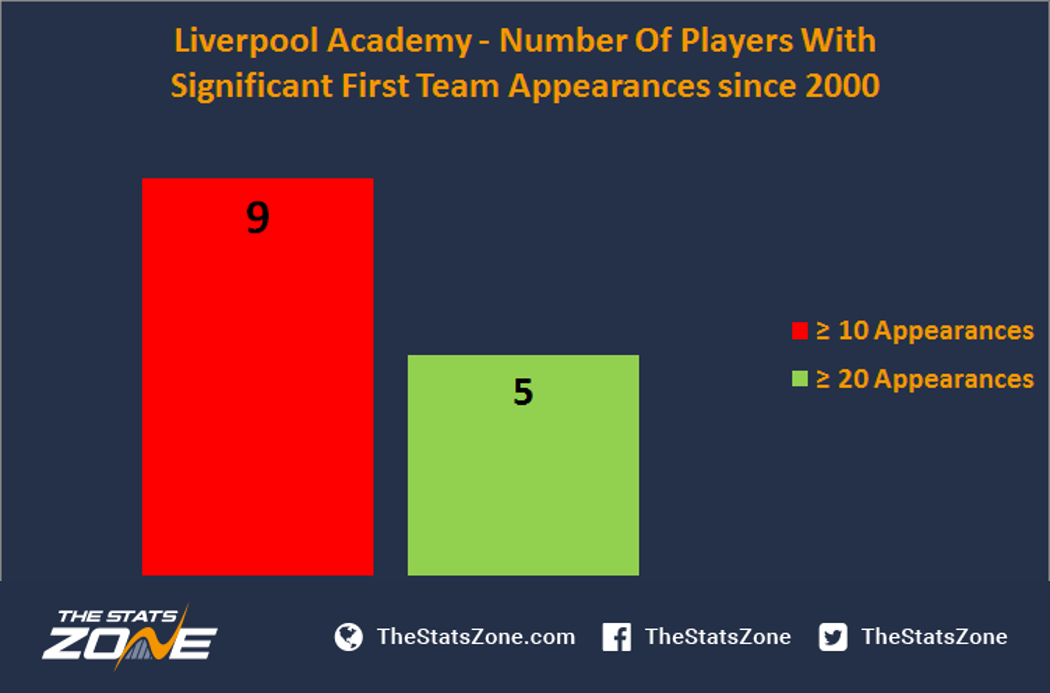 So, which players have gone on to forge successful Liverpool careers and represent the red side of Merseyside the most times? 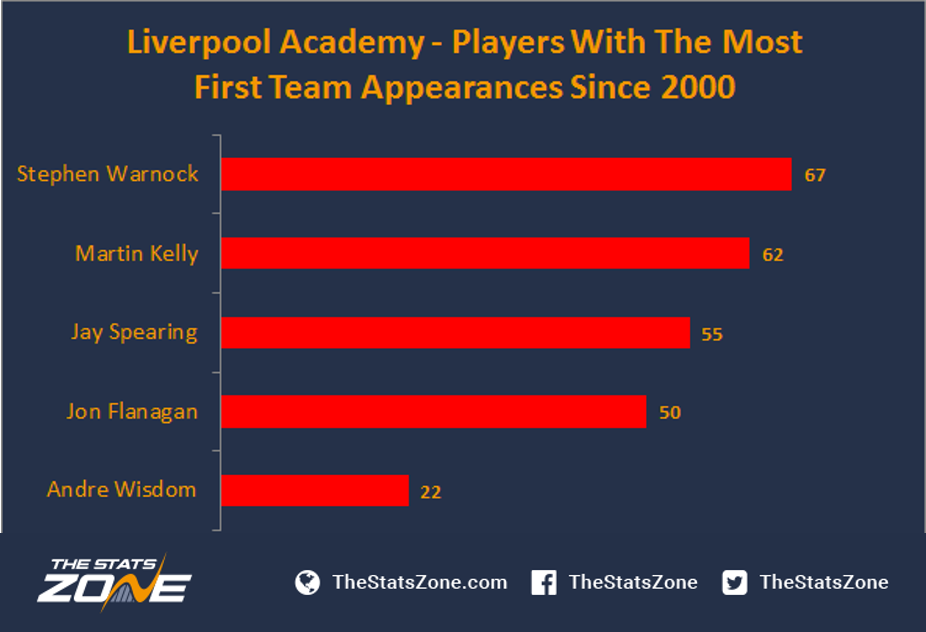 For those who made the debut before 2000, there are plenty of prolific academy goal scorers (Michael Owen, Robbie Fowler, Steve McManaman, Steven Gerrard), but the story is quite different for those who arrived on the scene since the turn of the century: 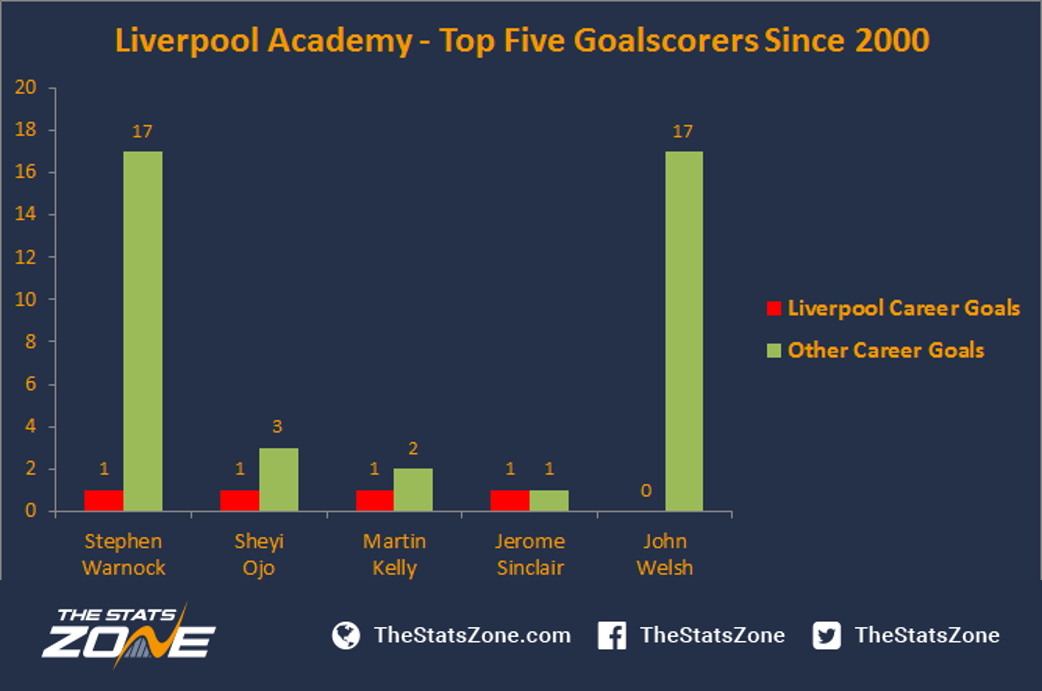 It appears that any success from the Liverpool academy has not come in the form of first team goals, but what about another primary function of an academy; financial gain? How have Liverpool benefited from selling on their home grown prospects?

This leads us on to those players who have left Anfield and forged careers elsewhere, something Liverpool can still take credit for. Let’s first look at those who have played at other Premier League clubs: 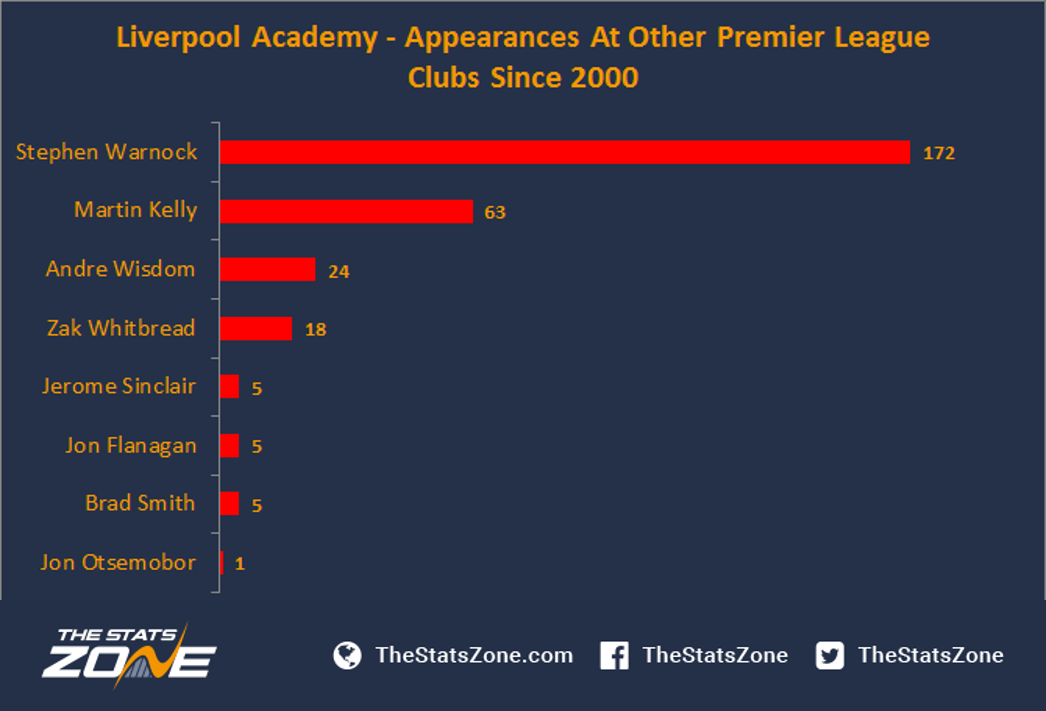 Despite some players not making the grade at the top level, Liverpool’s academy has still succeeded in producing professional footballers who have enjoyed lengthy stints throughout the Football League: 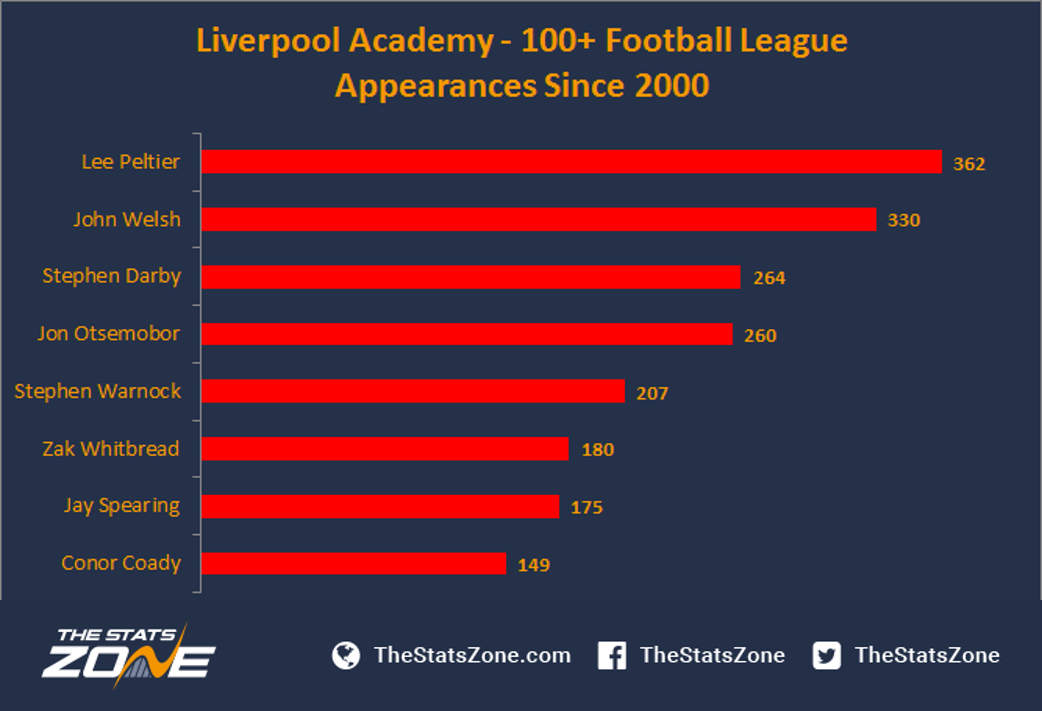 Although Liverpool have not been able to replicate the academy successes of previous eras, they have achieved varying levels of success since 2000 from the international stage to the Football League. 22 out of the 23 players are still playing today, including Jordan Rossiter playing for Rangers in the SPL, and Andre Wisdom on loan with Red Bull Salzburg in the Austrian Bundesliga. Jürgen Klopp has certainly had a positive impact since taking the reins at Anfield, and has introduced a number of academy youngster into the fold. Only time will tell if any of them go on to have similar impacts to the likes of Jamie Carragher and Steven Gerrard.