How Successful Has Everton’s Academy Been In Producing Professional Footballers?

Everton academy graduate Tom Davies has gone from strength to strength since breaking into the first team, and there’s no doubt he has enjoyed a dream start to his Toffees career. The Liverpool-born midfielder has been enjoying his first real run in the side and scored his first senior goal for the club last month in the 4-0 rout of Manchester City. The 18-year-old’s assured performances in the middle of the park were recognised recently when he was named the PFA Fans’ Premier League Player of the Month for January.

With Davies following in the footsteps of the likes of Wayne Rooney and Ross Barkley as academy graduates progressing to the senior team, we’ve decided to raid the archives and look at the amount of players Everton have brought through their own ranks since 2000. How successful have they been? Did they stay at the club or move on? Where are they now? We answer these questions and more.

The following players meet this criteria: 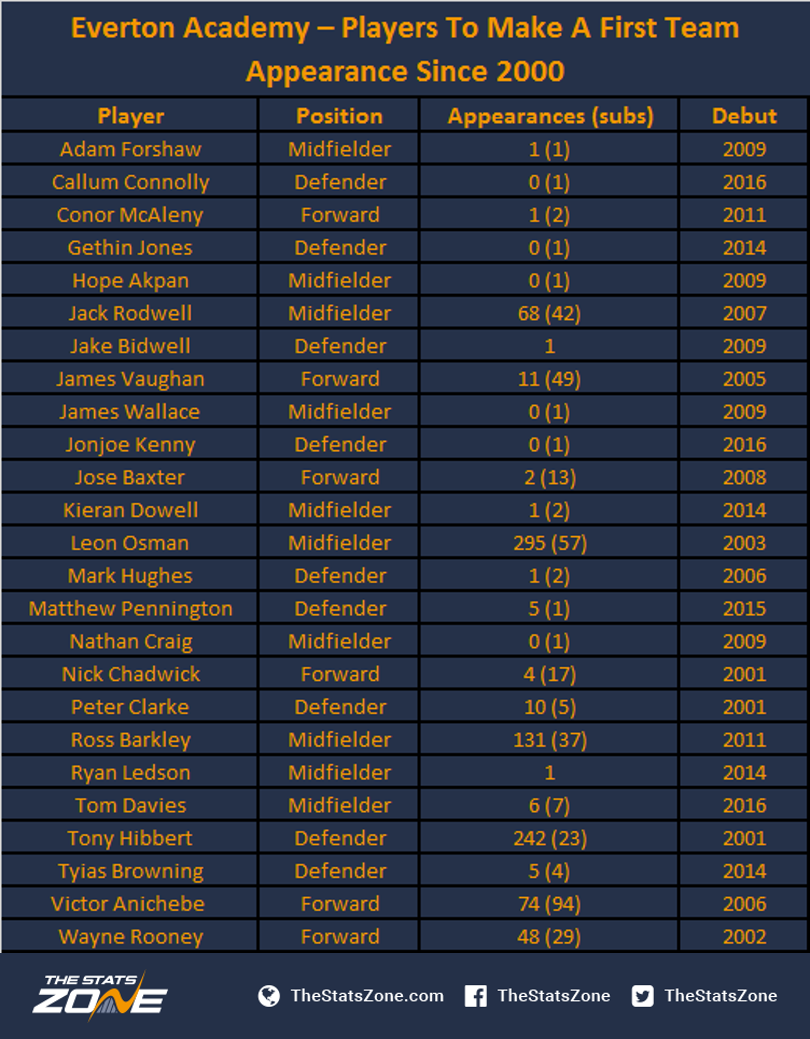 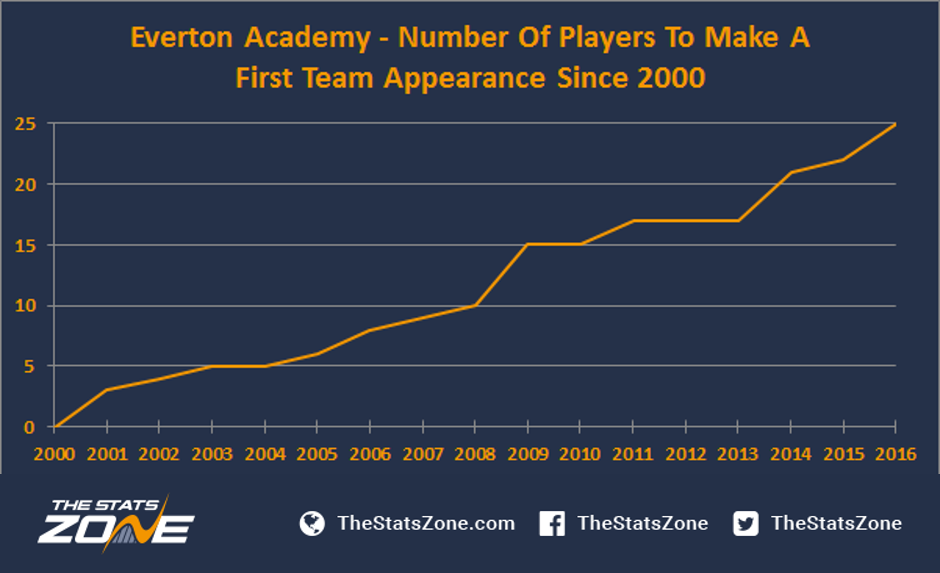 So it appears that, on average, more than one player per season makes the step up to the Everton first team. Let’s investigate this further and take a look at the spread of positions amongst these academy graduates: 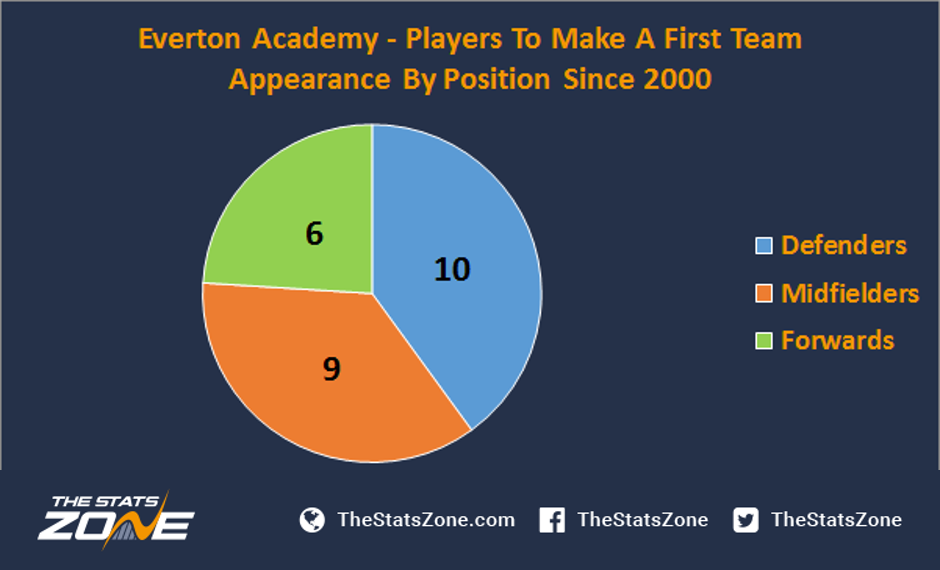 Some of the bigger clubs have received substantial criticism over the years for fielding “weaker” teams in certain cup competitions and dead rubber matches. So, which competition has Everton favoured to first blood their future stars? 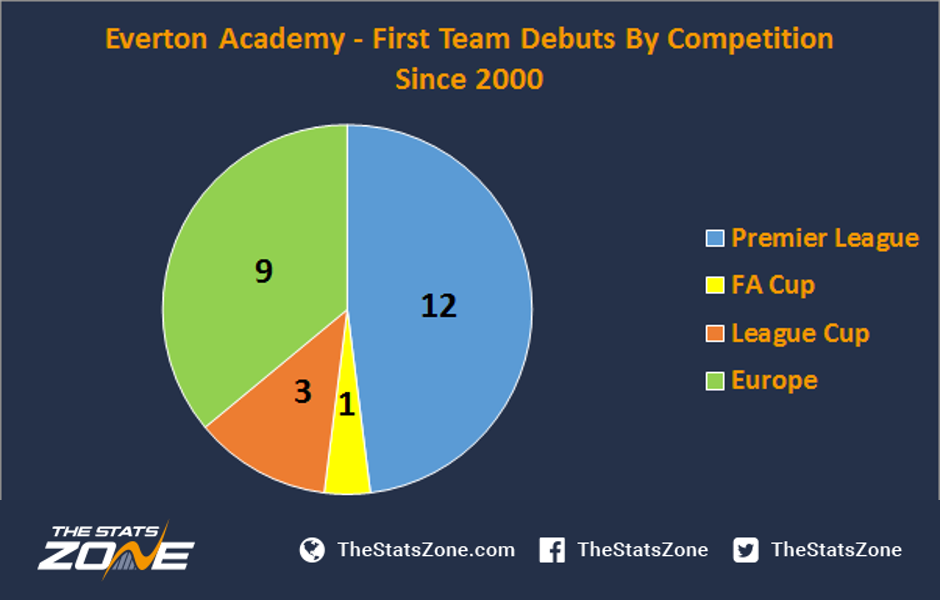 Unfortunately, some young hopefuls acquire fame as an obscure quiz question (Jose Baxter?), rather than a popular club regular. So, how many academy players went on to play a significant number of times for Everton? 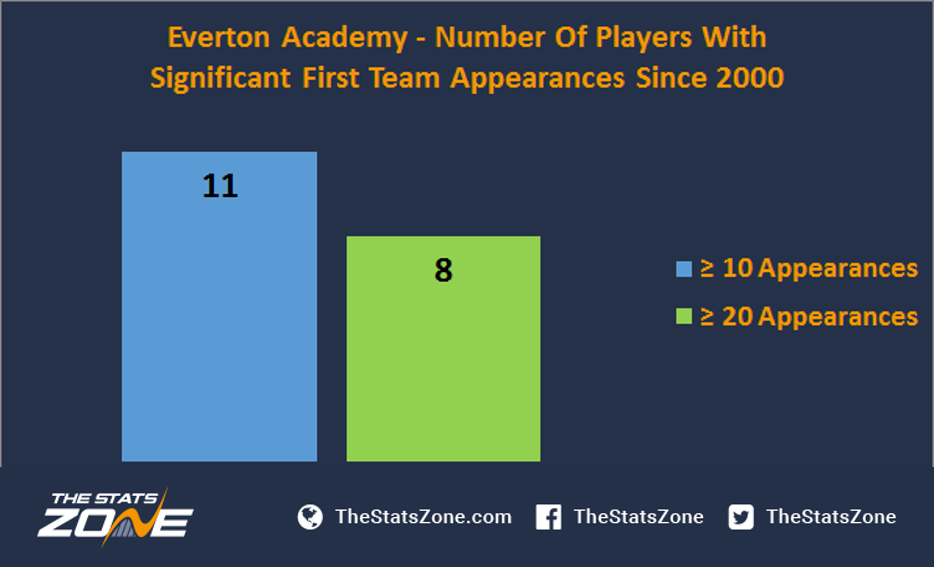 To explore this further, let’s take a look at those players who have made the most first team appearance for Everton: 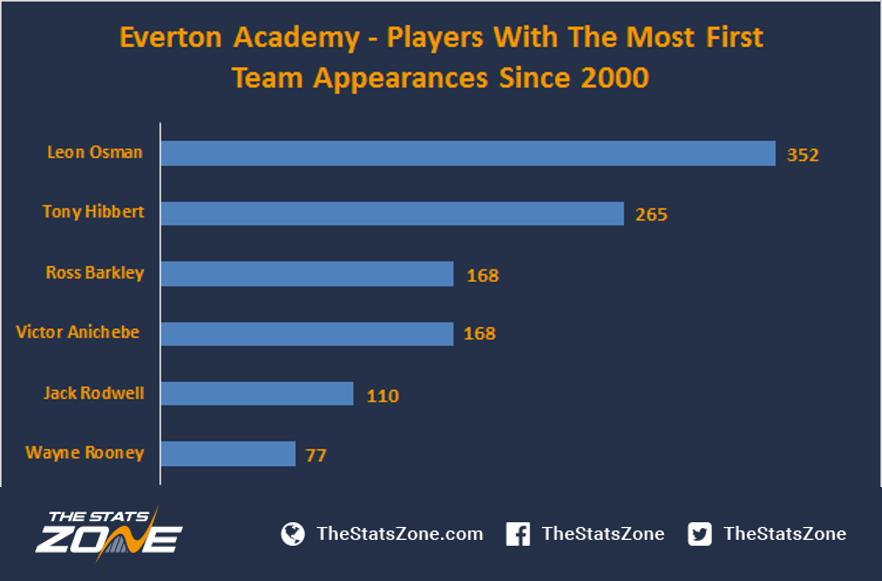 A successful academy aims not only to produce players for their first team, but also generate financial profit which can potentially be re-invested into the grassroots of the club. So, how have Everton benefited financially from selling on their academy prospects?

This leads us on to those who have flown the nest. Everton can still take credit for academy players who have forged careers elsewhere, so let’s first look at those who have turned out for other Premier League clubs: 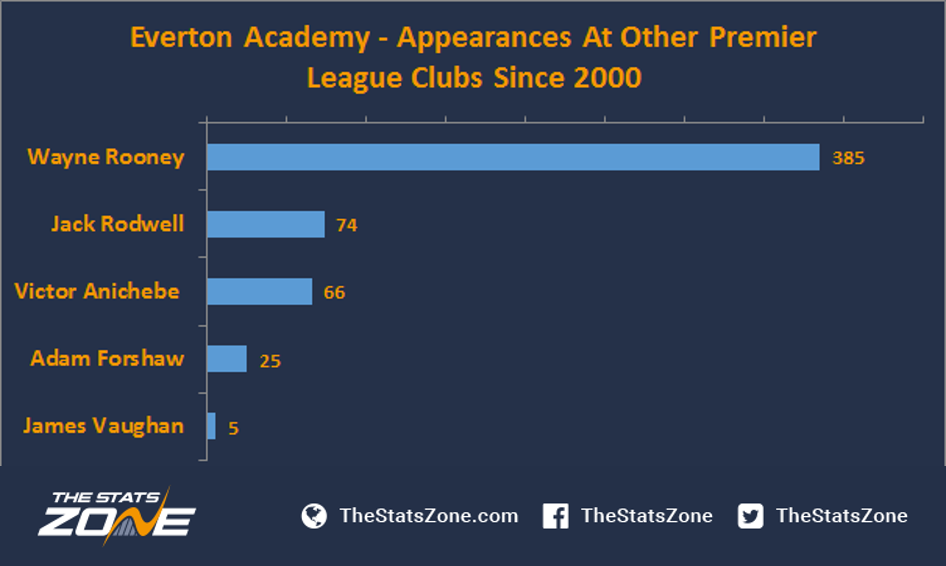 Scoring goals is undoubtedly an integral part of football success, so which players scored the most for Everton during their time there, and how did they fare after they left? 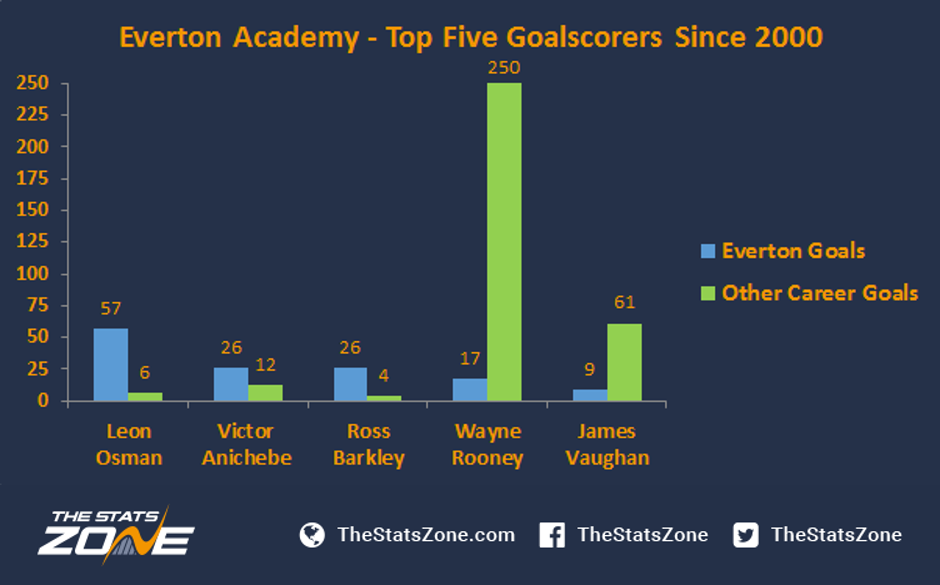 Despite some players not making the grade at the top level, Everton’s academy has still succeeded in producing professional footballers who have enjoyed lengthy stints throughout the Football League: 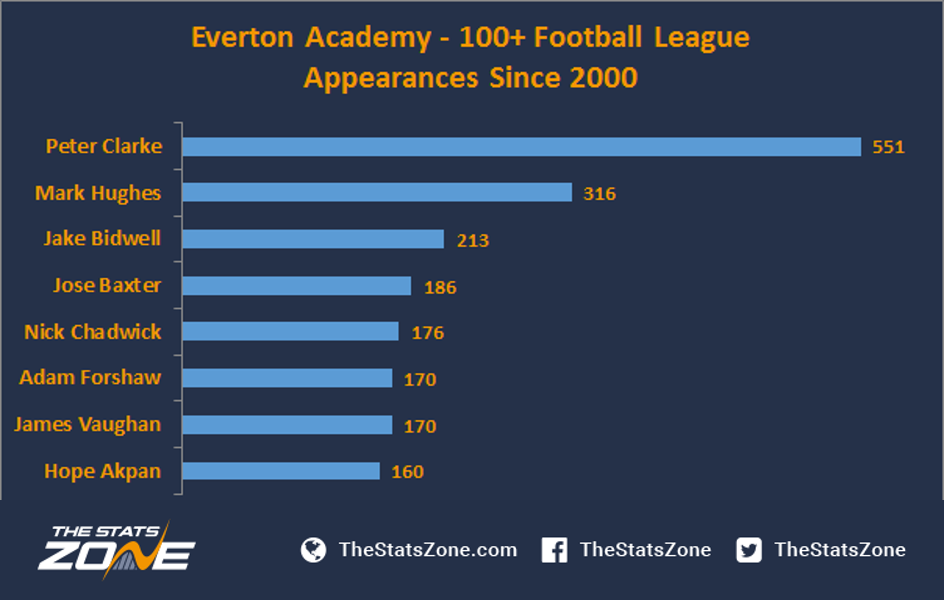 Academy success can be measured by a number of variables. Everton have successfully nurtured young talent into first team regulars, with Leon Osman, Tony Hibbert and Ross Barkley leading examples, whilst the club has also made significant financial gains from those they have sold on – Wayne Rooney and Jack Rodwell springing to mind as prime assets. 23 players of the 25 are still actively playing today, with a significant proportion spending the majority of their careers in the Football League (Championship, League One and League Two), which, whilst not the top level, shows that Everton have been capable of producing professional footballers on a regular basis since 2000.

If their current crop of young players can emulate some of these success stories, then the future can be a bright one for Everton.