How Successful are Top Seeds in American Sports?

Sports fans love a cliché. I am sure that you are no stranger to the phrase “it’s a marathon, not a sprint” when referring to a long, gruelling season. In the wake of the new Superbowl champions being crowned only days ago, no one would argue that the seasons best two teams; Denver and Carolina, rightly fought it out for ultimate supremacy. However, sport can be a cruel mistress at times, and history shows that the best teams do not always win. From football to tennis, players and teams have steam rolled all the way to the final in what appears to be unstoppable form, only to fall at the final hurdle.

The 4 major sports in America; American Football, Basketball, Ice Hockey, and Baseball all follow a very unique format. The ‘marathon’ like season, playing week after week to climb the divisional standings only serves to objectively categorise each team into conference seedings. Once the teams have been seeded, they proceed to battle it out in a knock out format, or a ‘sprint’ 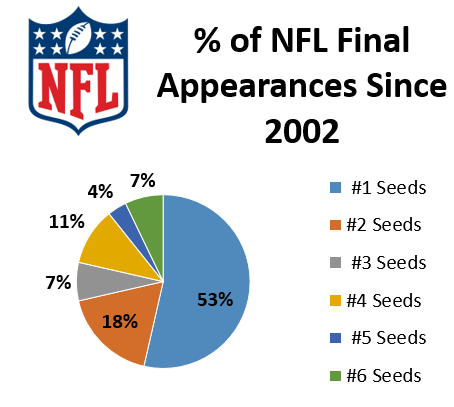 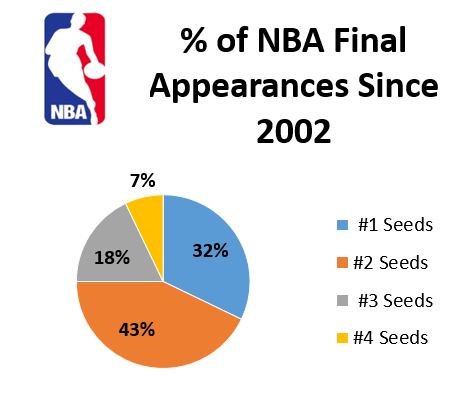 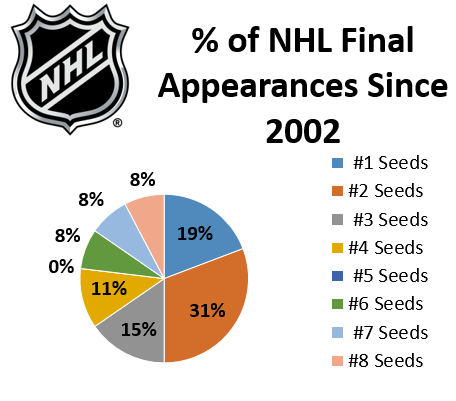 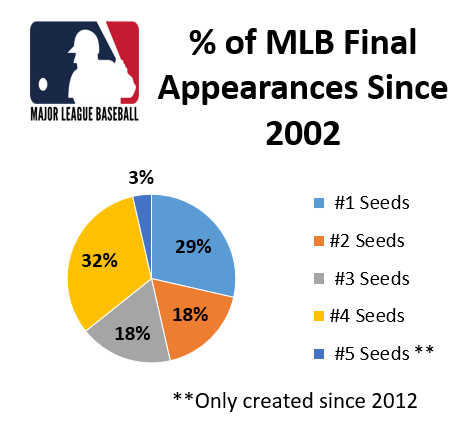 Across all 4 sports there is a vast variety in appearances spread through all of the seedings. However, only the NFL has the largest percentage of #1 seed appearances. The NBA only boasts appearances from the top 4 seeds since 2002 with no sign of seeds #5-8 making a final appearance at all. Furthermore, if we look at the top 2 seeds in each sport, we can see that in the NHL and MLB they still only account for 50% and 46% respectively of total appearances since 2002 (The realignment of the NFL).

However, as much as it is an achievement reaching a sporting final, no one plays sport to finish 2nd place, just ask Jimmy White or Colin Montgomerie.

If the seeding process appropriately serves its purpose, then many would expect the majority of finals to be competed between the two #1 seeds from each conference. However, since 2002, this spectacle has rarely been seen, including absolutely zero cases in the NHL. Interestingly, 3 of the 4 #1 vs. #1 seed finals in the NFL have come in the last 3 years. Does this suggest a change in trends or just a lucky sporting coincidence? Even more intriguing, is the fact that in the NFL, a #1 seed team has a significantly worse record when facing lower ranking seeds, a feat that does occur across the other 3 sports.

Picture your favourite team heading into the playoffs as a #1 seed. How do you rate their chances?