How Often Do Upsets Occur In The FA Cup?

This weekend marks the start of the fourth round of the FA Cup and TSZ has taken a look into the historical data of the FA Cup since 2006-07, to see if we can expect any more shocks this year, or is this the round that smaller teams fade away? 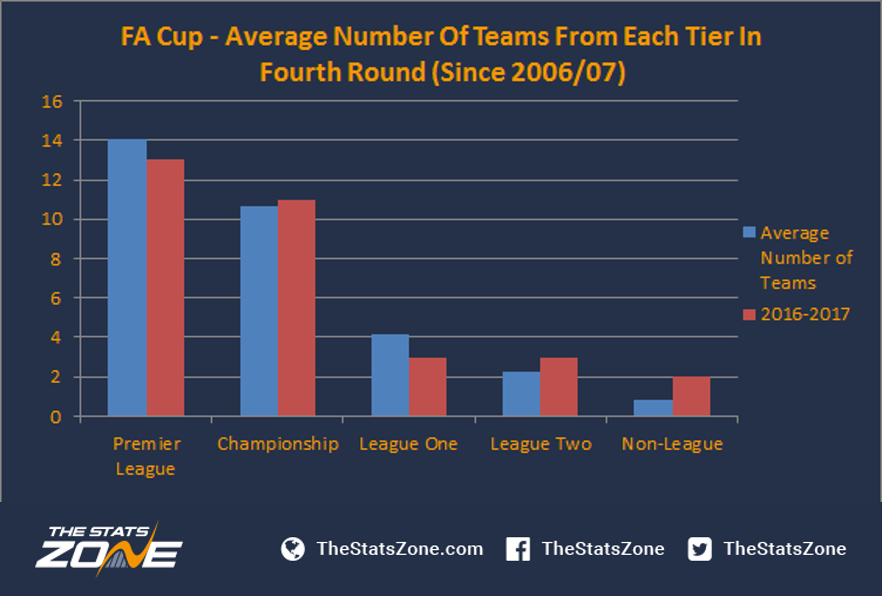 This year’s competition seems to follow a similar pattern to that of the last 10 years. Noticeable points include:

In the last 10 years (barring this year), only seven Non-League teams have made the fourth round of the FA Cup and only two of these went through to the fifth round; the following table shows those fourth round matches:

The good news for Lincoln and Sutton is that they both have their matches at home, but there is a three tier difference between the teams they are facing.

No Non-League team has ever made it to the quarter finals of the FA Cup, with the fifth round being the furthest they have reached.

So, apart from the two Non-League teams, what other teams have tough matches against different tiered opposition, and how have similar matches fared in the past?

The following graph shows the percentage of “shocks” and compares the difference between each level in the league system. This data is from the third round onwards, from 2006-07 to present – draws are not included so the winner of the replays are used for the purposes of this analysis: 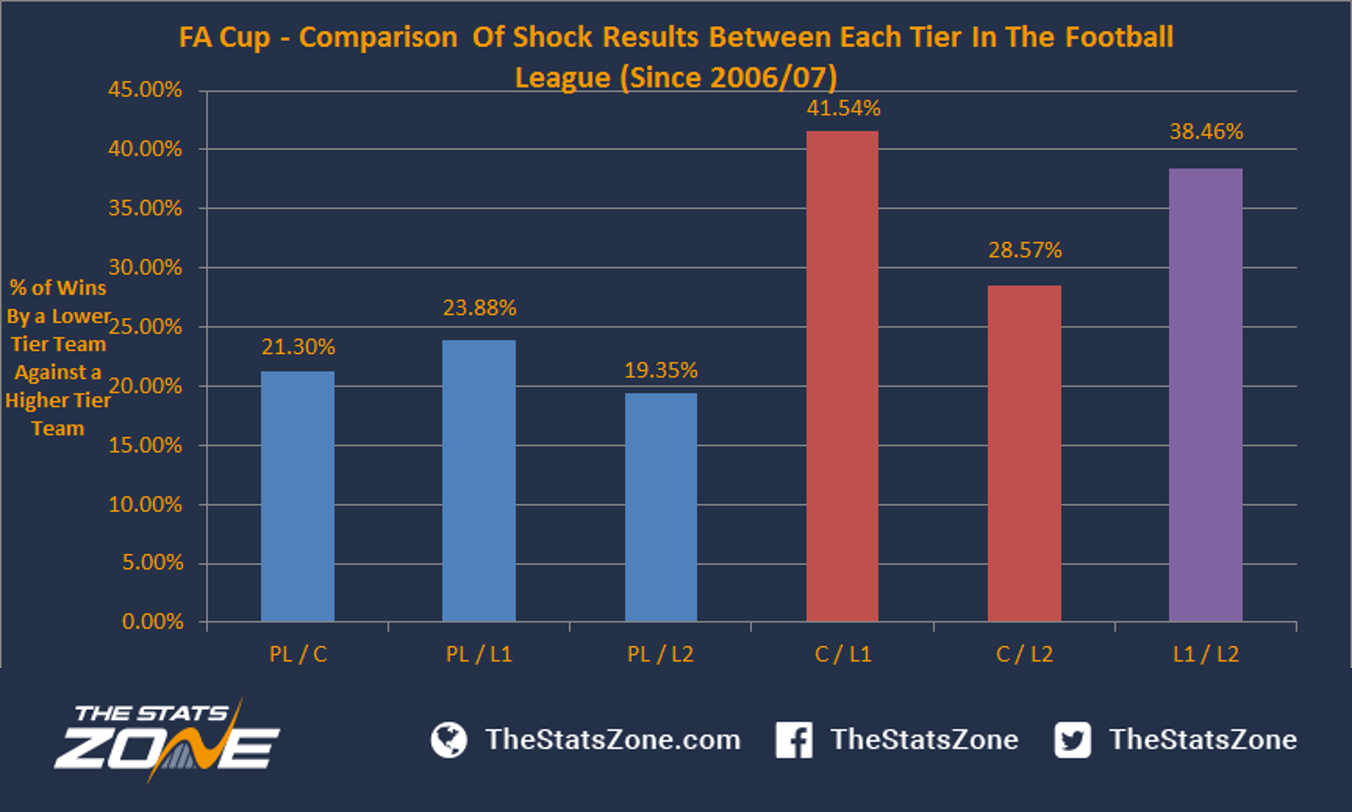 The blue bar graphs show comparisons from Premier League teams against teams from the other three leagues. Very surprisingly, there not a huge difference between the three tiers.

After the Premier League, cup shocks appear to be even more frequent between the lower league teams, particularly between Championship and League One teams, where essentially in two out of five matches a League One team beats a Championship team – very frequent considering there have been 65 of these ties in the last 10 years.

How do this year’s fourth round fixtures look like in comparison to difference in league levels?

Premier League / League One – historical likelihood of an upset = 23.88%

Based on results since 2006/07, we can predict that there will be at least one shock between Premier League and Championship teams, given that there are six such ties.

So, how do upsets change over the course of each round during the FA Cup? You’d expect the number of upsets to decrease as the stronger team’s progress through the rounds, but is that the case?

The following graph shows the percentage of shocks for each round from the third round onwards – from 2006-07: 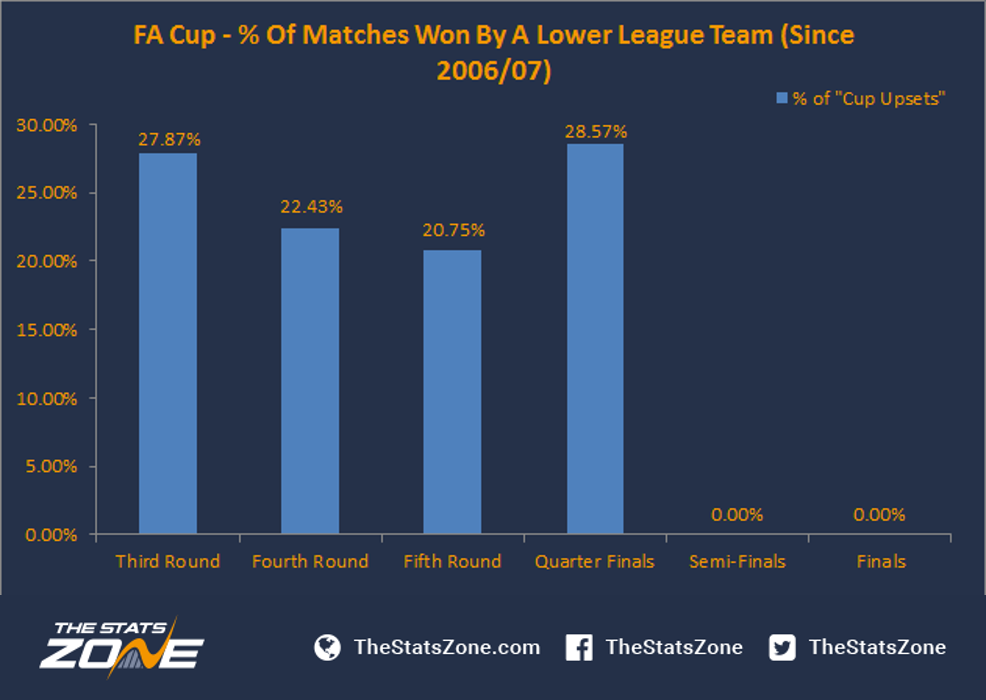 Astoundingly, the round to feature most cup shocks is in the quarter finals, where there has been an upset in four of the 14 matches to feature different levelled opposition. This could be misleading with a sample size of only 14 fixtures, compared to the sample size of 244 fixtures for the third round, where there have been 68 cup upsets (27.87%). In the last 10 years, no Premier League team has lost to lower league opposition from the semi-finals onwards.

During the third round, seven upsets occurred from 23 matches which is a percentage of 30.43%, so slightly higher than the average. In the previous 10 years of the FA Cup, the chance of an upset in the fourth round is 22.43%, meaning that there is a good chance that at least two upsets will occur from the 12 matches involving the fixtures to feature different levelled opposition.