, 5th and 6th all fighting for the holy grail of promotion to the Premier League via the play offs. To begin we will look at where the eventual play off winners have finished in the league over the last 10 years.###>###>###> 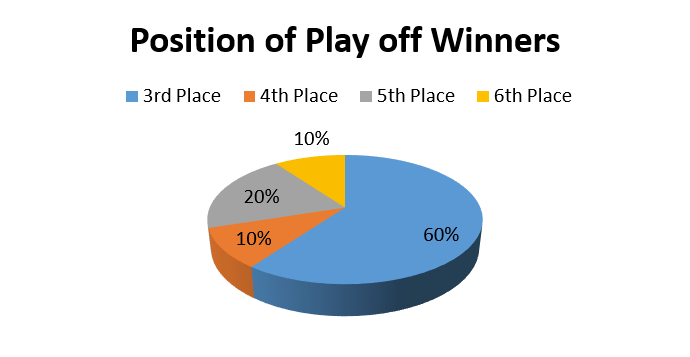 - We can clearly see that over the last 10 years the team finishing in 3rd place has won the play offs 60% of the time, a significant advantage over the other final positions of those in the play offs.

- Interestingly momentum seems to count for very little heading into the Championship play offs. Only once in the last 10 years has the team with the outright most amount of points from their last 6 games gone up via the play offs.

- Only once has a team with the outright fewest points from the last 6 games gone on to win promotion via the play offs. This feat goes to Derby County in the 2006/07 season who blew their chances of automatic promotion but regained their composure to win the play offs.

With the new Premier League TV deal and riches that come with it coming in from next season, who will be victorious through the play offs this year?