Fedor Chudinov puts his unbeaten record and WBA World Super-Middleweight belt on the line when he rematches Felix Sturm in Oberhausen, Germany on Saturday night. How do the pair match up? 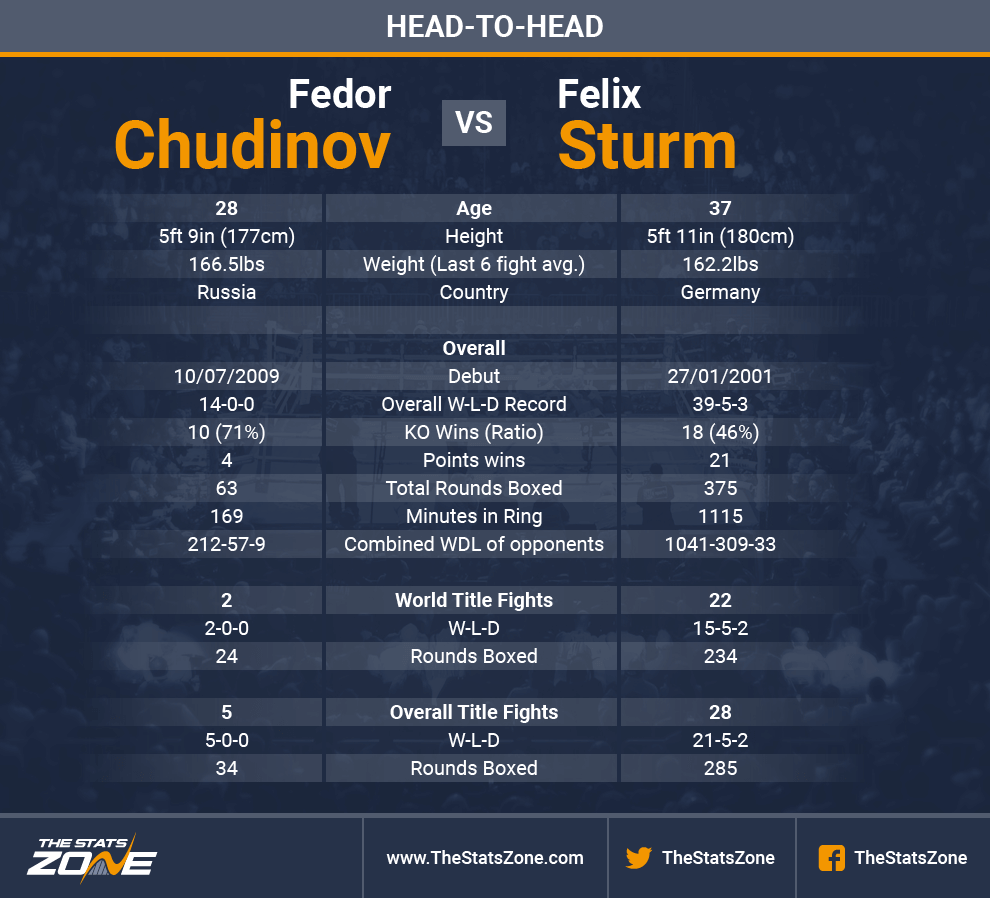 Sturm fights at home once again, having only fought 4 times outside of Germany in 48 fights. Of the 21 fights he has won on points, 19 of those have come in Germany and he has lost 3 when going the distance at home including the first fight between them.

Chudinov was 14 when Sturm made his professional debut in 2001.

All the numbers favour Sturm in terms of experience – the most glaring being Sturm having 3 times as many rounds in title fights (234 versus 63) as Chudinov has had in his entire pro career.

Chudinov has the greater power and possesses a much better knockout percentage of fights won with 71% compared to Sturm’s 46% in his 39 wins. His last two fights have both gone the distance however against Sturm and in his September fight at Wembley against Frank Buglioni.